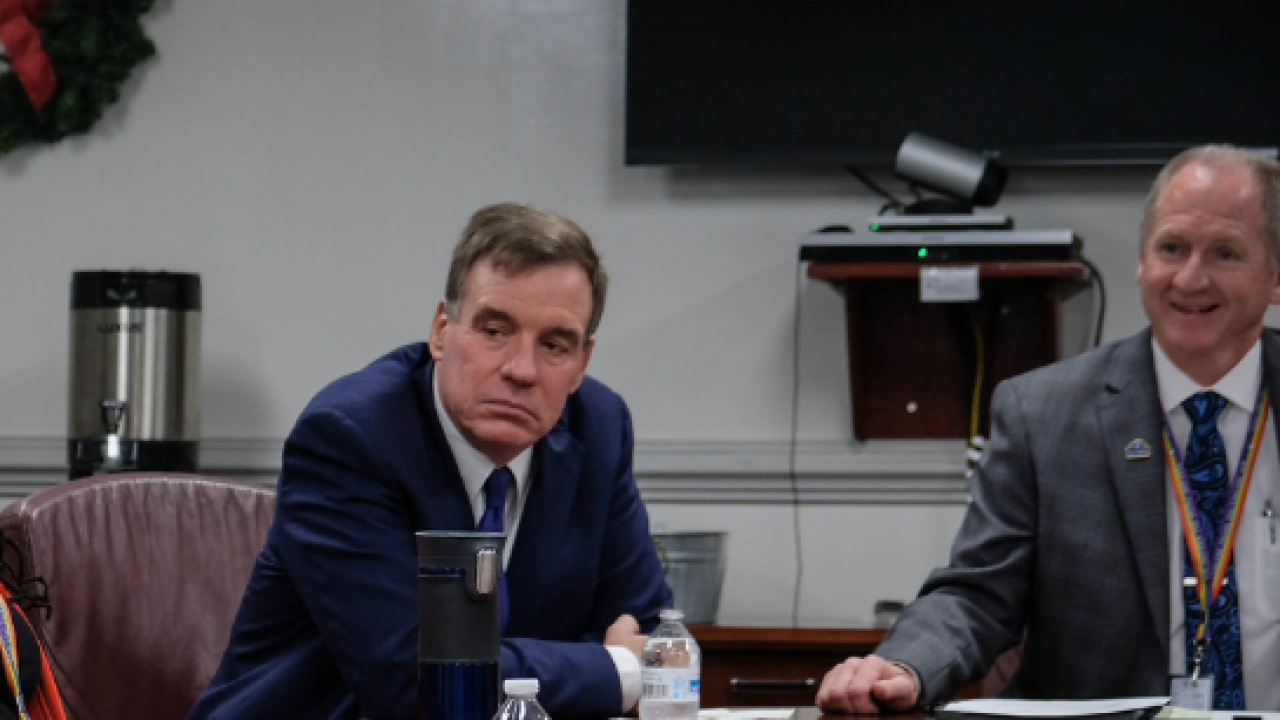 HAMPTON, Va. - If a veteran is looking to become a patient at Hampton VA Medical Center, it takes 42 days to get an initial primary care appointment.

"That is unacceptable," said Sen. Mark Warner following a meeting with VA staff on Monday morning.

Warner took a tour of the center and got a status update of the Medical Center with the Center's new director, David Collins. "We need to make this an example of world class care," Warner said. "We owe [veterans] that. We owe them that particularly during the holiday season."

Warner has been meeting with the VA Medical Center staff for years and says there's been progress, but still a lot of work to do. He promised to be back within 90 days to get an update. "We've done this too many times," he said. "The proof will be in the numbers in the next 90 days."

The long wait times are a result of a staffing shortage, Collins explained. "Staff is directly tied to access," he said. "The more doctors I have the more patients I can see." Doctors can make more money in the private sector than at the VA, making the jobs sometimes hard to fill.

Eventually, there will be help in the form of a new VA outpatient center on the Southside, but right now it's not scheduled to open until 2024. "This has been a nightmare of bureaucratic process and we need to make sure we get that facility open," Warner said.

"One of the gaps is we have an individual who happens to be a veteran, but they have not risen to the level of an emergency committal. What do we do? We're now strengthening those relationships - strengthening that process," Cervera said.