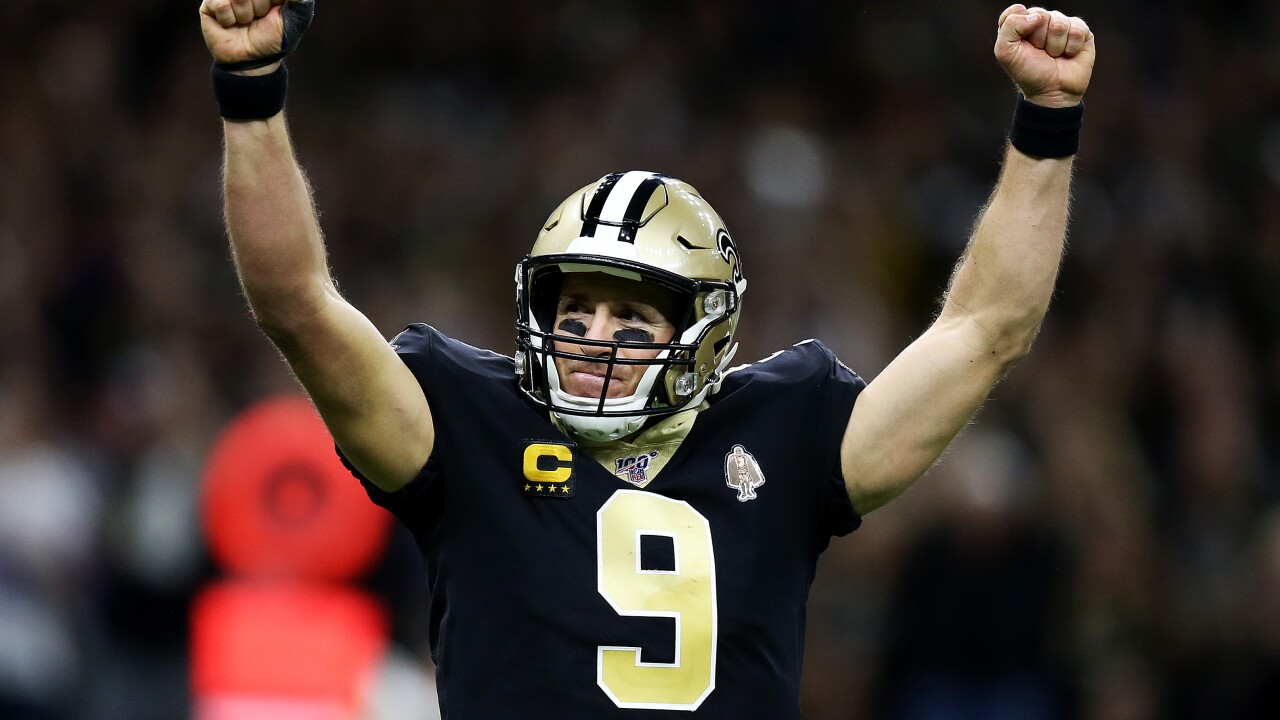 NEW ORLEANS, La. – A little more than 14 months after he set an all-time NFL record during a Monday Night Football home game vs. the Redskins, Drew Brees does it again.

Monday, at home vs. the Indianapolis Colts, the New Orleans Saints quarterback passed Peyton Manning (539 TD passes) for most career touchdown passes in NFL history. Brees’ total sits at 541 after he threw for four scores in a 34-7 New Orleans victory. Brees also passed New England Patriots quarterback Tom Brady (538) on the list during the game.

In addition to the all-time touchdown passes record, Brees also broke the NFL single-game completion record with a 96.7 percent performance vs. Indianapolis. He completed 29 of his 30 passes in the game.

Drew Brees has done it: the most TD passes in @NFL history!#Saints #MNF pic.twitter.com/7FAakkRGCm

Congrats drew!! Couldn’t be more deserving. Passing Peyton in anything is an incredible achievement and your records will be tough to beat! But it’s worth trying 😉

As if he hadn't broken enough records already …@drewbrees went 29-of-30 on #MondayNightFootball.

His 96.7 completion percentage is the highest in a single game in NFL history.@Saints | #INDvsNO