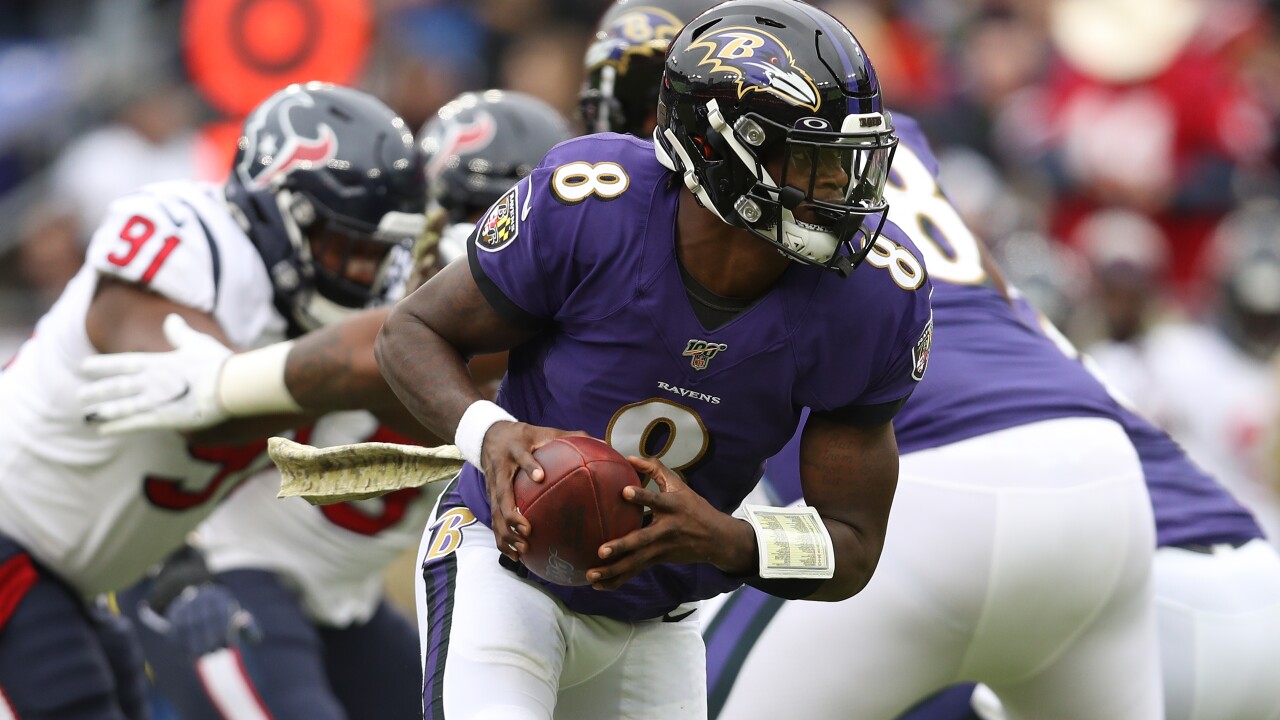 Lamar Jackson celebrates before getting in the end zone. (Photo by Rob Carr/Getty Images)

Four of the top five vote-getters – Jackson, Mahomes, Cook and McCaffrey – are under the age of 25. Additionally, nine first or second-year players led their conference in votes received at their respective positions.

Players for the game are determined by the consensus votes of fans, players and coaches. Each group’s vote counts one-third toward determining the 88 All-Star players who will be selected to the Pro Bowl. The NFL is the only sports league that combines voting by fans, coaches and players to determine its All-Star teams. It was also the first professional sports league to offer online all-star voting in 1995.

The 2020 Pro Bowl presented by Verizon, which kicks off at 3:00 PM ET, will be televised live on ESPN, ESPN Deportes and simulcast on ABC and Disney XD – the third time the game will be available on both broadcast and cable networks.

Pro Bowl tickets start at just $45 and are on sale at NFL.com/ProBowlOnSale. Get Access to Awesome as fans in attendance can watch and cheer on the Pro Bowl players as they enter the stadium on the Pro Bowl Red Carpet, bringing them closer than ever to the NFL’s all-stars. Concession deals and “Kid Zone” activities will be available inside the stadium. Additionally, fans will be able to enjoy post-game fireworks to conclude the celebration.

For the fourth consecutive year, Pro Bowl Week festivities will take place at ESPN Wide World of Sports Complex at Walt Disney World Resort and across the Orlando area, bringing free experiences and activities to fans as well as an extraordinary number of events focused on commemorating all levels of football – from youth to high school to the NFL’s best. Some of the Pro Bowl Week events include: Pro Bowl Practices, Pro Bowl Skills Showdown, NFL FLAG Championships and Pro Bowl Experience.

Additionally, NFL Pro Bowl players will give back to the local Orlando community by participating in the Pro Bowl Community Huddle as part of the NFL Huddle for 100. To learn more about Huddle for 100 and how to get involved, visit www.nfl.com/100/huddlefor100

More information about these and all of the events taking place during Pro Bowl Week is available at ProBowl.com.