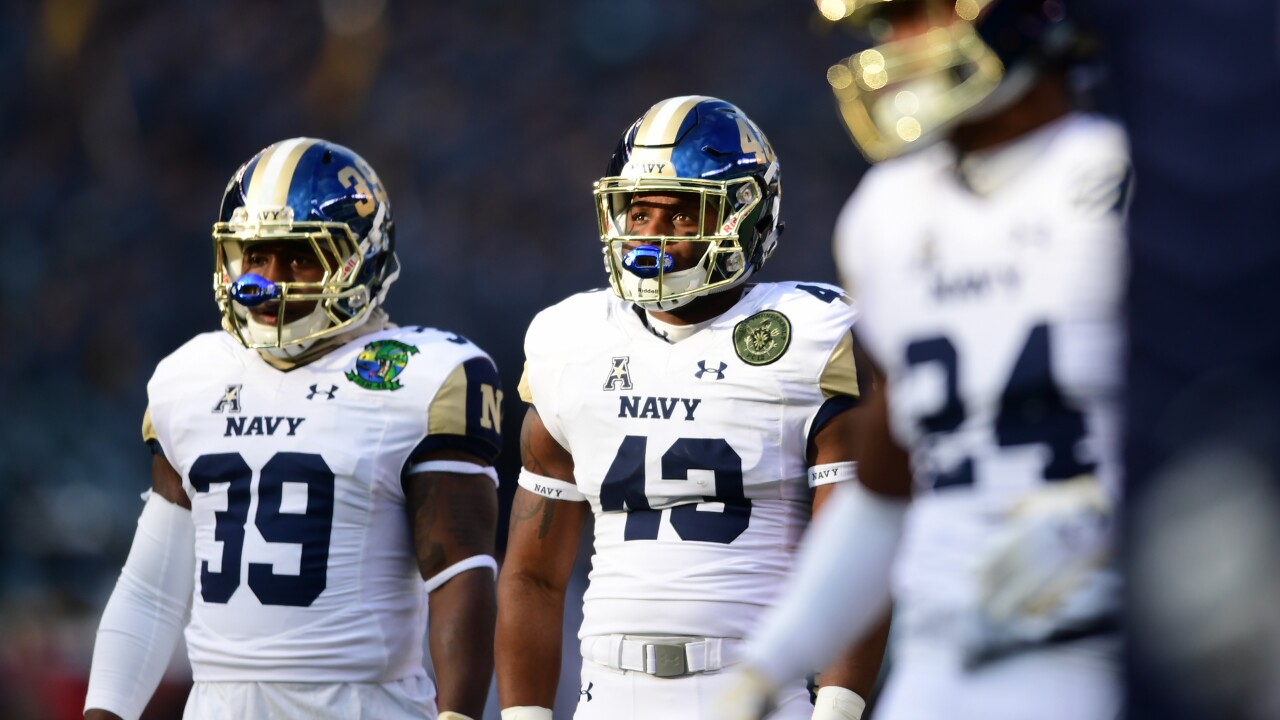 PHILADELPHIA, PENNSYLVANIA – DECEMBER 08: Daniel Taylor #39 and Nelson Smith #43 of the Navy Midshipmen look on before the start of the game against Army Black Knights at Lincoln Financial Field on December 08, 2018 in Philadelphia, Pennsylvania. (Photo by Sarah Stier/Getty Images)

The three US Navy sailors who were killed in the Pensacola Naval Air Station shooting will be honored at Saturday’s Army-Navy football game after they gave their lives to protect others during the attack.

The three sailors — Airman Mohammed Sameh Haitham, 19; Airman Apprentice Cameron Scott Walters, 21; and Ensign Joshua Kaleb Watson, 23 — were killed earlier this month when a gunman opened fire at the naval base in Pensacola, Florida. All three ran toward the shooter to protect others, said Capt. Tim Kinsella, the commanding officer of Naval Air Station Pensacola.

The football game is set to kick off at 3 p.m., and it will be on News 3. Watson’s shipmates from 10th Company will be wearing red, white and blue ribbons pinned to their lapels, the United States Naval Academy said in a statement posted to Facebook.

The defensive co-captain will also wear a special memorial patch, with the date of the shooting stitched atop it. Some of the leadership and midshipmen will wear the Naval Aviation Schools Command patches straight from the flight suits of Watson’s Pensacola classmates, the statement read.

This isn’t the only way the three sailors have been honored since the shooting. On Tuesday, the Navy posthumously awarded the men Wings of Gold — an emblem given to naval aircrewmen upon completion of training.

The attack, which is being treated as an act of terror, happened on December 6 when Mohammed Alshamrani, a Saudi Arabian Air Force officer who had been in flight training at the base for two years, opened fire in a classroom building.

The shooter was killed after exchanging fire with police.