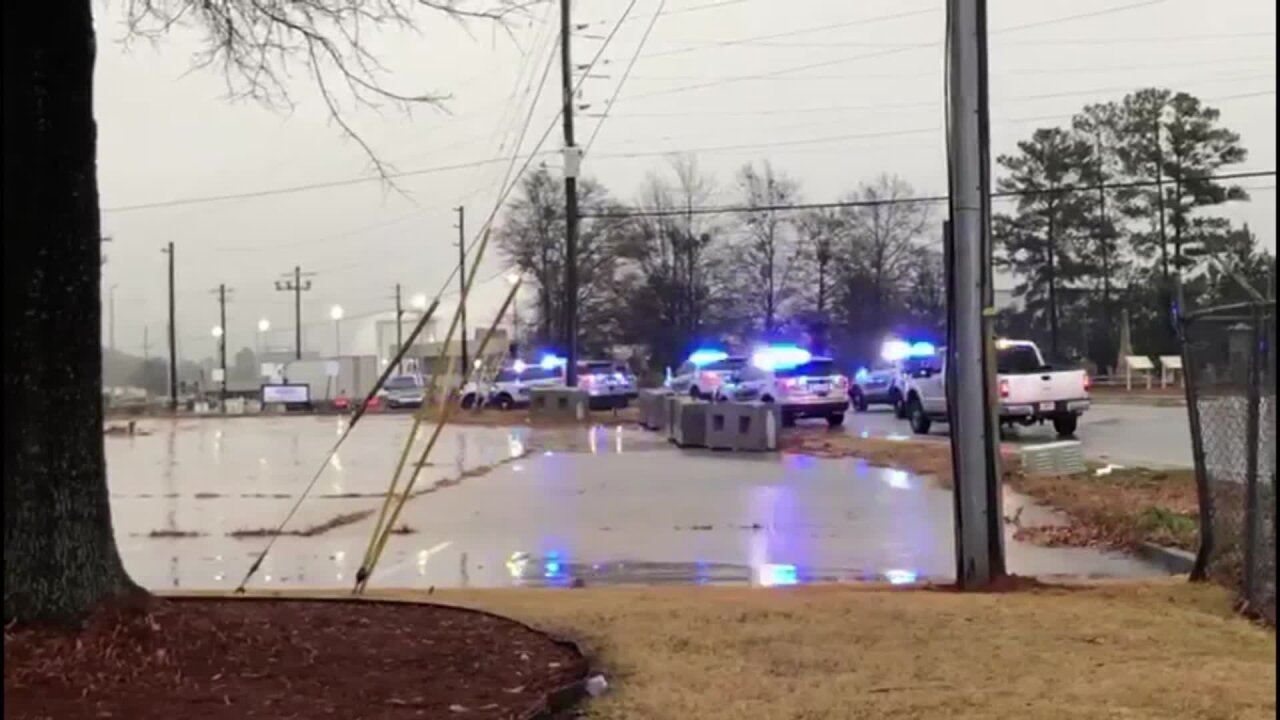 Numerous police vehicles were parked outside the plant Friday morning after a shooting was reported there.

A worker at a food-service container plant near Atlanta was shot and killed Friday, and the shooter was later caught in Alabama, Rockdale County Sheriff Eric Levett said.

Gunfire was reported at Dart Container Corp. in Conyers, about 25 miles east of downtown Atlanta, around 7 a.m., the company said.

“The motive behind the shooting is still under investigation,” the Rockdale County Sheriff’s Office said in a Facebook post.

Employees are giving statements to law enforcement off site, and the company is “working closely with the Rockdale County Sheriff’s Department, the Conyers Police Department and other law enforcement agencies on the investigation,” Dart said.

Levett said the suspect was later taken into custody at a Greyhound bus station in Birmingham. On its Facebook page, the Rockdale County Sheriff’s Office named the suspect as Cameron Golden, 18.

“All of our students & staff are safe. No visitors are allowed on campus at this time,” the tweet read.

All schools returned to normal operations later in the morning, the district said on its website.

Dart Container manufactures and distributes food-service products such as cups, plates, containers, lids and straws, at plants and centers across the country, including the Conyers plant, the company’s website says.

“We have approximately 300 employees in our Conyers plant, which makes thermoformed food and beverage packaging products,” Dart’s statement said.

“Counseling support will be available to our Conyers employees and we will support the affected employee and family throughout this tragic event. The facility will remain closed until further notice,” the company said. 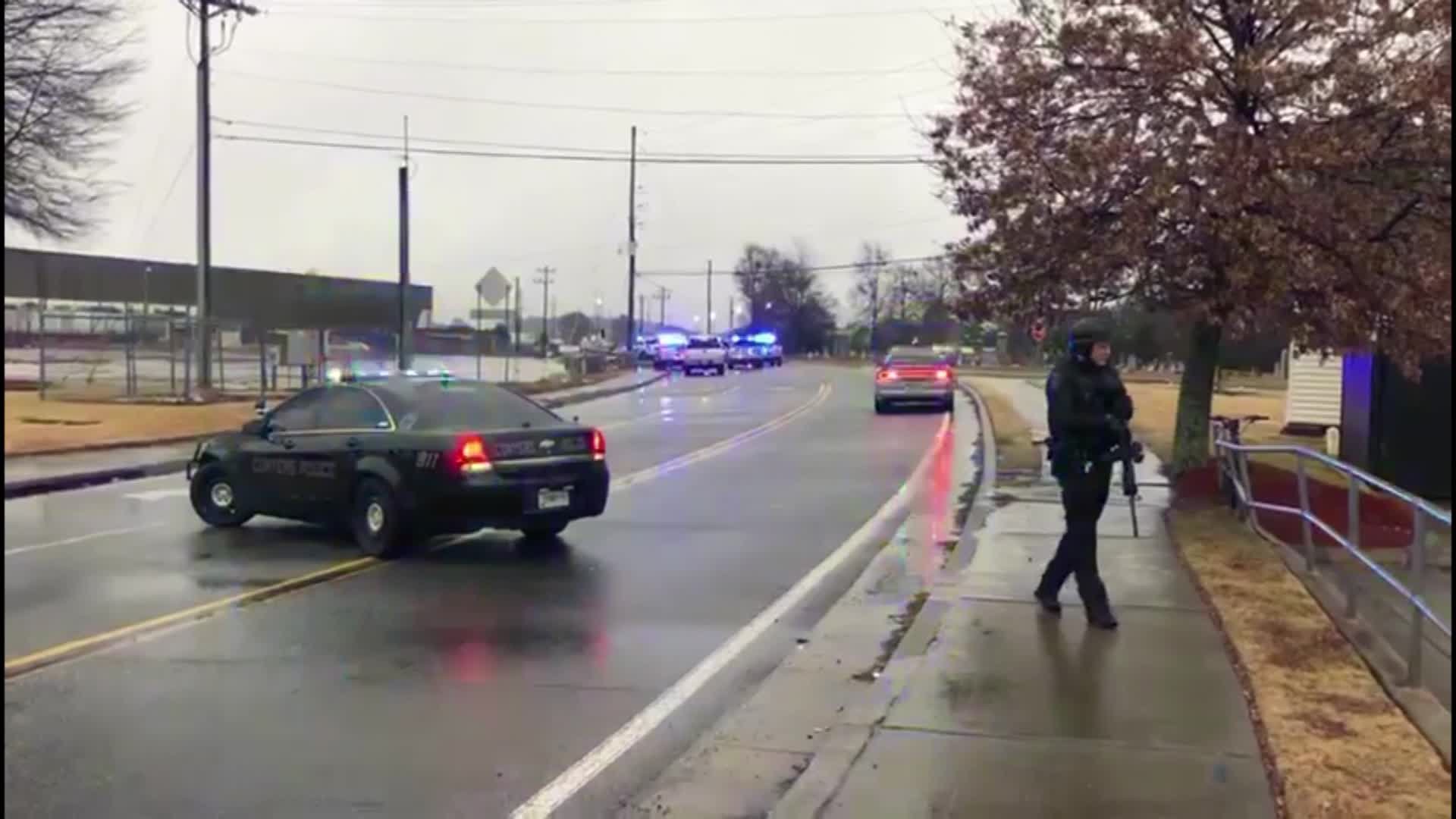