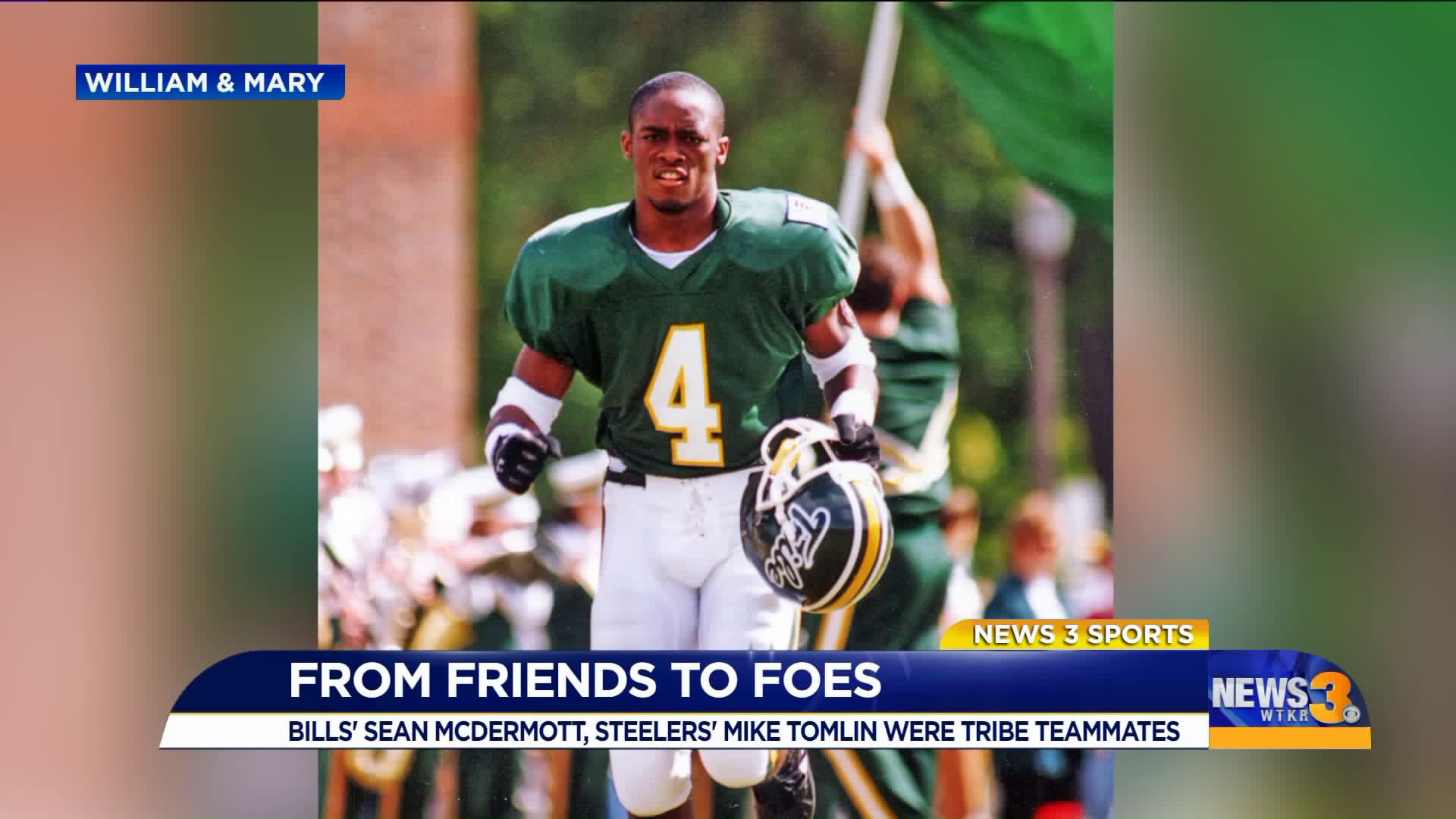 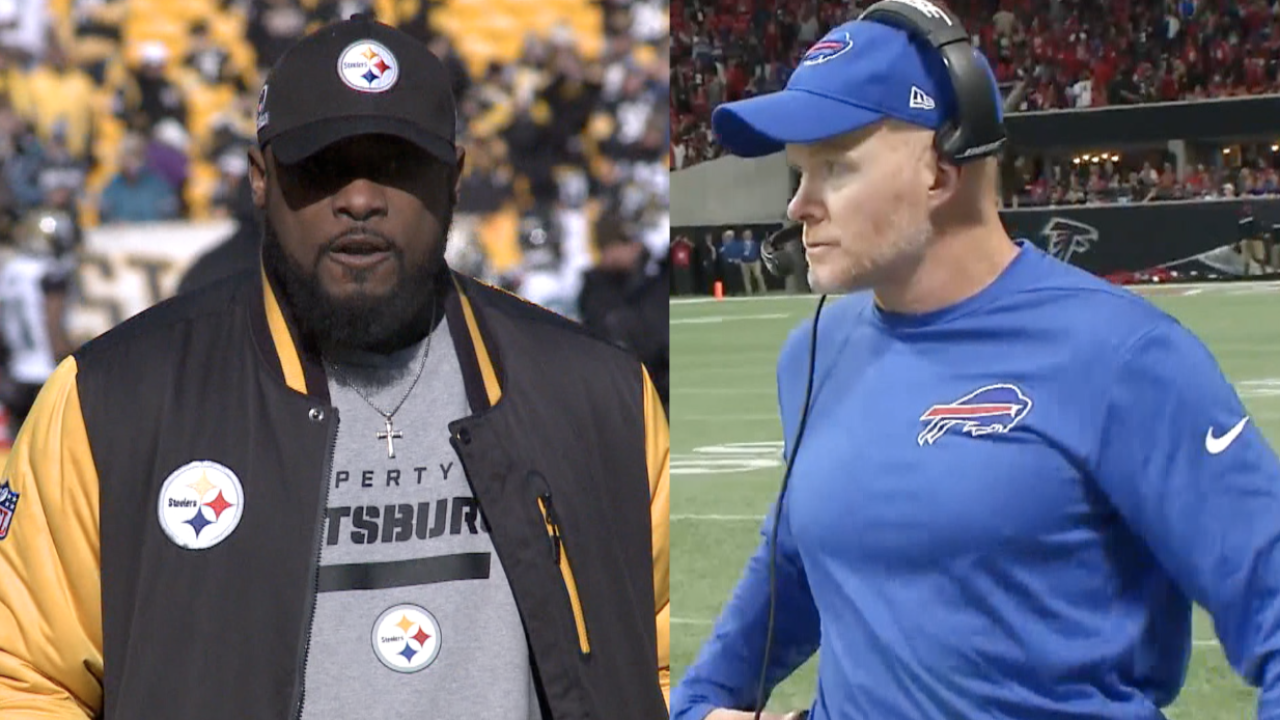 PITTSBURGH - For the first time in their NFL head coaching careers, former William & Mary football players Mike Tomlin and Sean McDermott will face one another.

The two were Tribe teammates during their 1993 and 1994 seasons.

"He was one of the captains on the team, I think in the second year if not the first year," Bills coach McDermott said. "Leader on the field, leader off the field. He’s a guy I learned a lot from just by watching.

“The first thing that comes to mind is respect.”

While McDermott admired his older teammates swagger, Tomlin admired how his younger Tribe counterpart carried himself.

"I've known him since I was 20 and he was probably 18. He was more mature than I was," Tomlin said with a smile. “Sean’s a class guy in every way. I love him, I can’t say enough about him.”

Like Tomlin, McDermott went on to become a Tribe captain as well, both foreshadowing their ability to successfully lead a football team.

When the two face off during Sunday's Bills-Steelers matchup in Pittsburgh their college coach, 39-year Tribe coach Jimmye Laycock, will be in attendance to watch his former players lead teams of their own.

“Can't imagine him having an off weekend," Tomlin said of Laycock, who retired after the 2018 football season. "This is the first year he’s not coaching so I'm gonna be excited about it.

"His approach to coaching, to teaching, to instructing. His supreme confidence that he has, not only in his plan, but in the process. He's always kind of been a blueprint for me,” Tomlin said.

Sunday's game between Buffalo and Pittsburgh gets underway at 8:20 p.m.