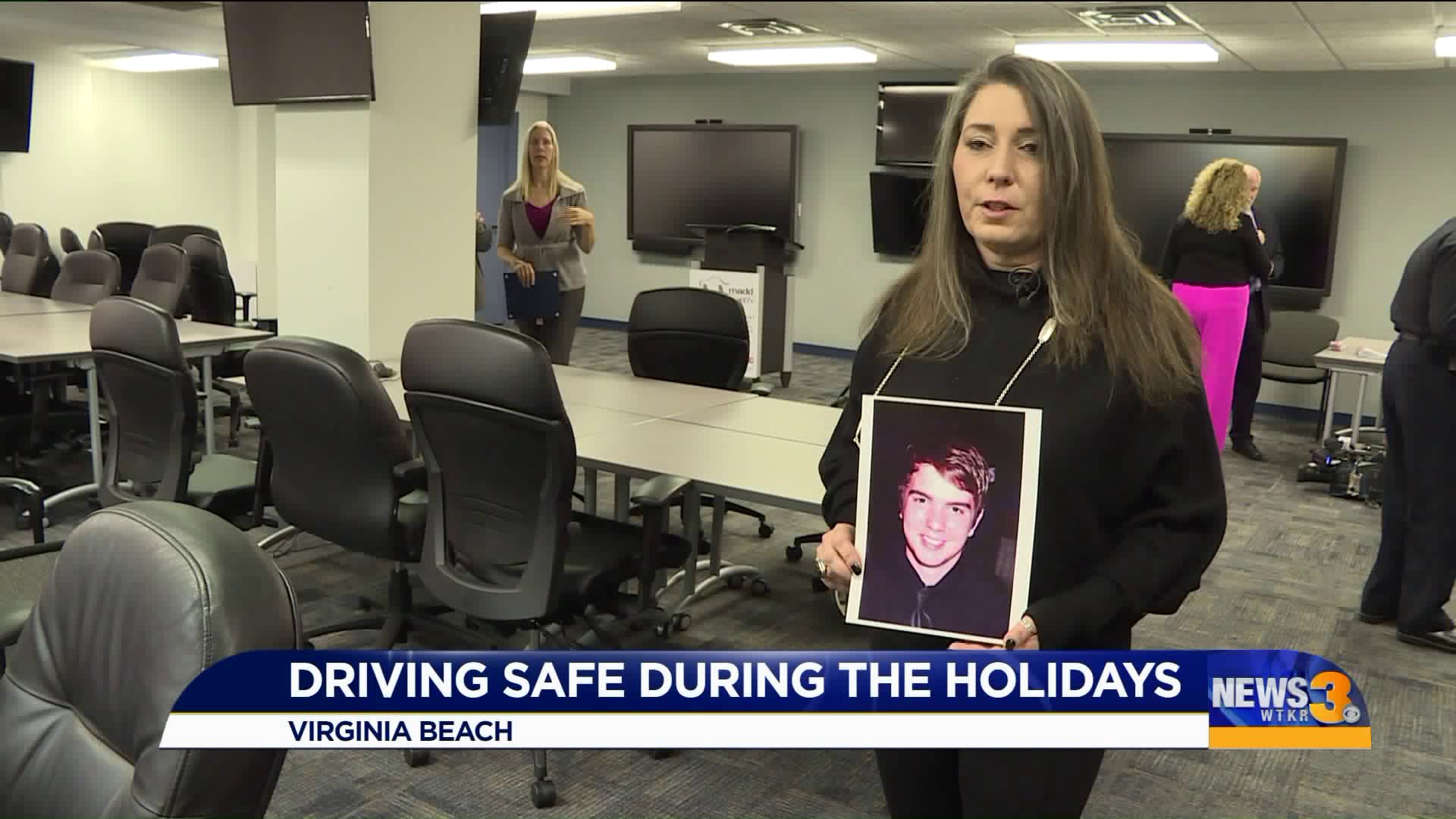 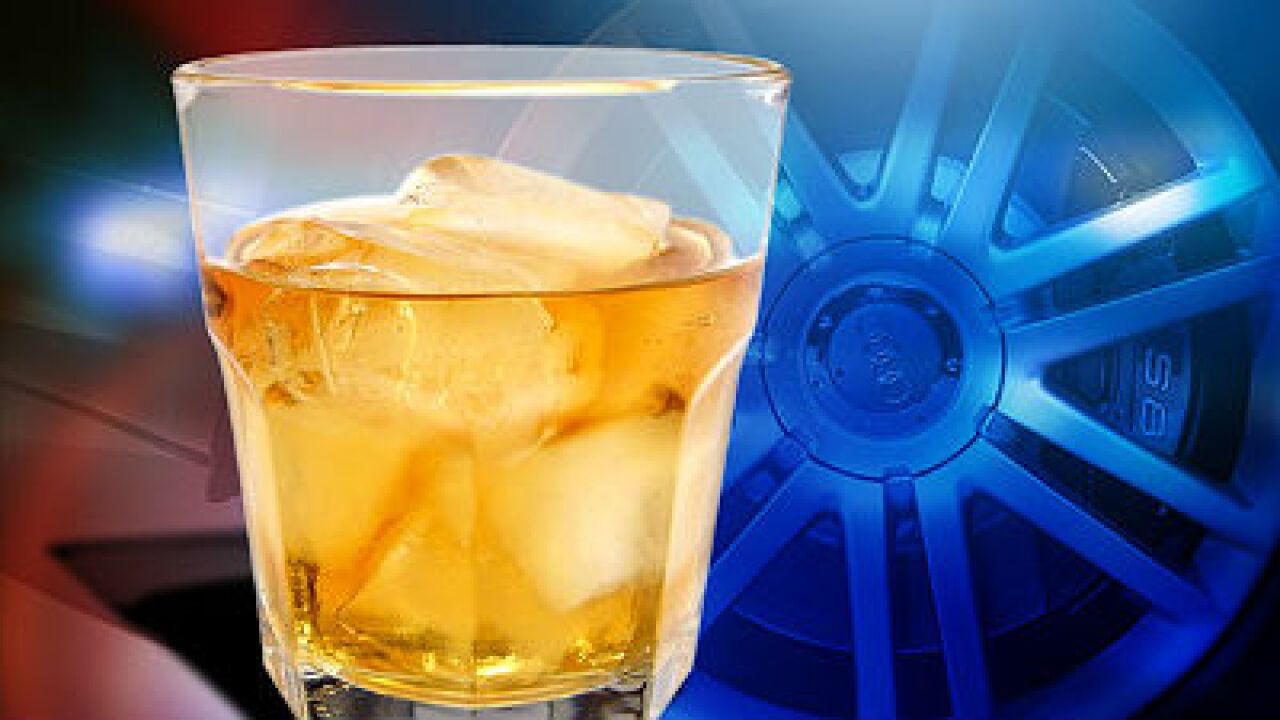 VIRGINIA BEACH, Va. - It was story after story Thursday morning from families who lost loved ones at the hands of drunk drivers.

A mother spoke of her daughter being killed by a drunk driver back in 1992.

Beverly Scida wiped away tears reflecting on the tragic loss of her son, Tyler.

“He was 17 years old with someone who was supposed to be his friend, who was about to get pulled over for speeding and decided to elude police officer and crashed into a tree,” Scida told News 3 reporter Brian Hill.

Survivors came together with Virginia Beach Police calling on everyone behind the wheel to keep other families from sharing their same heartache.

“It’s the hardest thing that you can ever – there aren’t words to describe the depth of pain, hurt,” Scida said.

This holiday season, they’re urging drivers to designate a non-drinking driver before celebrating.

“It’s a pledge to drive safe, sober and buckle up. It’s a commitment to planning ahead,” Chris Konschak, the Program Director for MADD Virginia, said.

MADD Virginia, the Virginia Alcoholic Beverage Control Authority and the Virginia Department of Motor Vehicles are promoting the Tie One On For Safety (TOOFS) campaign.

As part of the campaign, MADD wants you to tie a red ribbon to a visible spot on your car.

According to MADD, drunk driving remains the leading killer on U.S. roads and the risk increases dramatically during this holiday season.

“MADD wants everyone to make it home for the holidays," Konschak said.

It’s a time that’s full of nostalgia for families like Scida’s.

“You’re stuck in memories of holidays past. My family has a hard time celebrating holidays,” Scida said.

Earlier this year, we told about Virginia Beach’s rank in a recent study on cities with most drunk drivers.

Virginia Beach Police Chief Jim Cevera said they make more than 2,000 DUI arrests every year and said the conviction rate is above 95%.

He said if you drink or drive, his officers "will find you, we will arrest you, we will prosecute you and we will convict you. Why? Because we care about you."

You can find the red ribbons at all Virginia ABC stores.