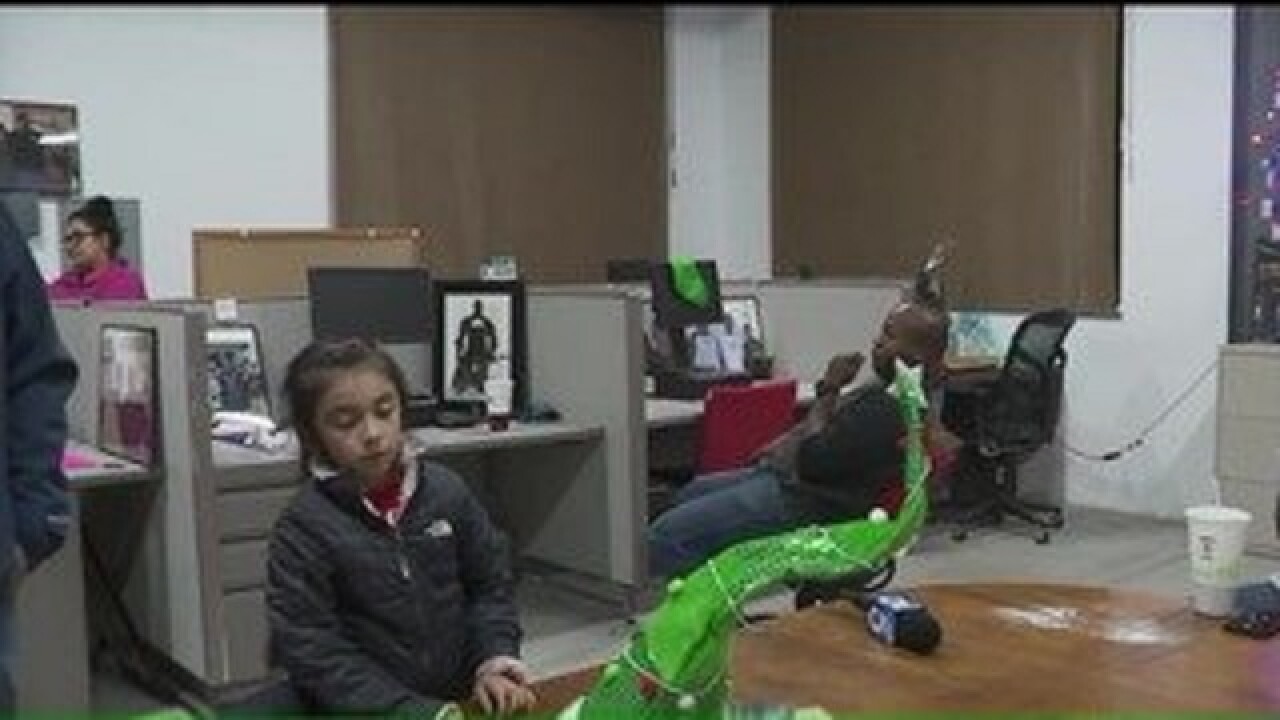 Riverside County (KTLA) – A nonprofit is trying to recover after $7,000 worth of donations meant to brighten the holiday season for people living on the streets was stolen in a break-in at its Lake Elsinore office early Monday morning.

The Social Work Action Group, or SWAG, was burglarized by two males and a female who pulled into its parking lot in a Chevrolet pickup around 3:45 a.m., said Adrian Varela, who works with the agency.

Surveillance cameras captured the individuals as they cased the property. Carrying flashlights, they’re seen peering through storefronts and into the windows of parked cars.

Deputies say the thieves broke into the nonprofit by shattering the glass on its front door, then left within a matter of minutes carrying bags and boxes filled with Christmas donations.

The perpetrators remain at large.

The items taken include gift cards, toys and clothes. Most of them had just been collected from a local church’s toy and clothing drive, SWAG says.

“It’s heartbreaking,” Varela said. “It really is a tragedy. Our entire staff has taken a huge emotional hit from this.”

The group is now asking for the public’s help in replenishing its stock of Christmas gifts.

“Our main concern at this point is really providing Christmas — to our 84-year-old, to our 2-year-old,” said Monica Sapien. “We’re hoping that our community does step up and is willing to consider donating.”

Advocates say even one small item can go a long way for those in need.

The nonprofit says it’s helped more than 400 people get off the streets.

Those who want to support SWAG can visit the group’s donation page.