Redskins running back Derrius Guice will miss the remainder of the season, placed on Injured Reserve 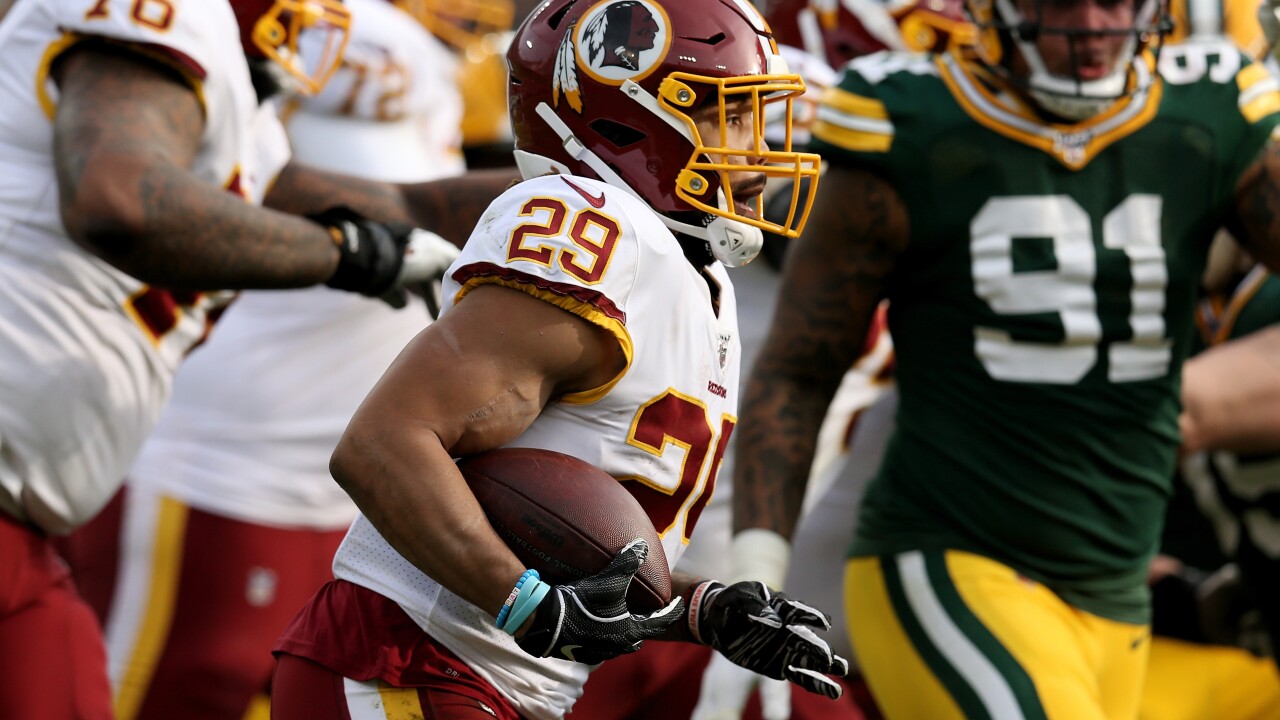 GREEN BAY, WISCONSIN – DECEMBER 08: Derrius Guice #29 of the Washington Redskins runs with the ball in the second quarter against the Green Bay Packers at Lambeau Field on December 08, 2019 in Green Bay, Wisconsin. (Photo by Dylan Buell/Getty Images)

LOUDOUN COUNTY, Va. – Since being selected in the second round of the 2018 NFL Draft, Washington Redskins running back Derrius Guice has made three appearances on Injured Reserve.

The latest injury, a medial collateral ligament sprain in his left knee that he suffered during Washington’s loss to the Green Bay Packers, put an end to his 2019 season.

Guice has only played in five games this season, spending most of the year on IR after he underwent a procedure to repair the meniscus in his right knee.

The running back’s first stint on IR happened last year after he suffered a season-ending ACL injury in the first preseason game of the season, missing his entire rookie campaign.

“I just love the guy, everything about him. He just doesn’t get down, he gets challenged,” interim head coach Bill Callahan said. “Most guys would be in the tank, he comes through in a positive way with a positive outlook looking to the next challenge of what he needs to do to get back healthy again. It’s still frustrating for him, but if there’s anybody who can take on a challenge it’s certainly [RB] Derrius [Guice].”

Guice took to Twitter to say, “Blessed… it could’ve been way worse!! I could’ve broke my leg.”

Imma always stand back up rather you guys with me or not 😉💯‼️‼️ pic.twitter.com/ZtQtVTZzcN

“Derrius [Guice] is a young guy who brings a lot of energy to our offense and to our meeting room,” quarterback Dwayne Haskins said. “We’ll definitely miss him throughout the season.”

After playing in just five games this season, Guice was the Redskins’ second-leading rusher with 245 yards on 42 carries, averaging 5.8 yards per rush.

Washington’s next game is a 1 p.m. home matchup against the Philadelphia Eagles this Sunday.