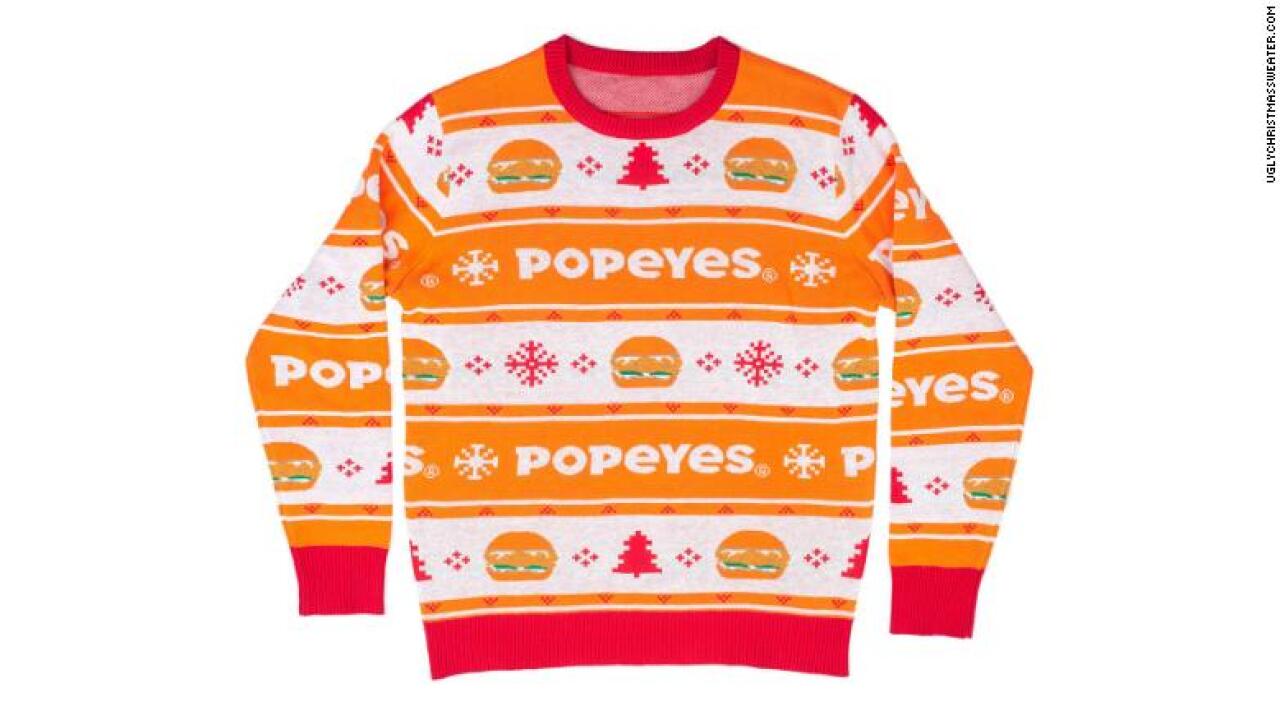 Now, the Louisiana chain can add “ugly Christmas sweater” to the list.

It’s available on UglyChristmasSweater.com, though as far as ugly Christmas sweaters go, this one is fairly tame.

The knit runs $44.95, roughly what it would cost you to buy 14 of the sandwiches with some change for fries.

So the choice is yours — would you rather devour the golden, buttermilk goodness or rep it?

In case you haven’t been following the meal’s meteoric rise, it was released to great fanfare in August. It was so addictive, that crispy patty nestled between two brioche buns, that customers lined up around the store and out the door for hours just to score the sandwich.

It’s sold out multiple times, but the droughts have only fueled demand — and hunger.

May 2019 henceforth be known as the year the Chicken Sandwich Wars were won, not with violence but with brand fights on Twitter and food-inspired holiday garb.