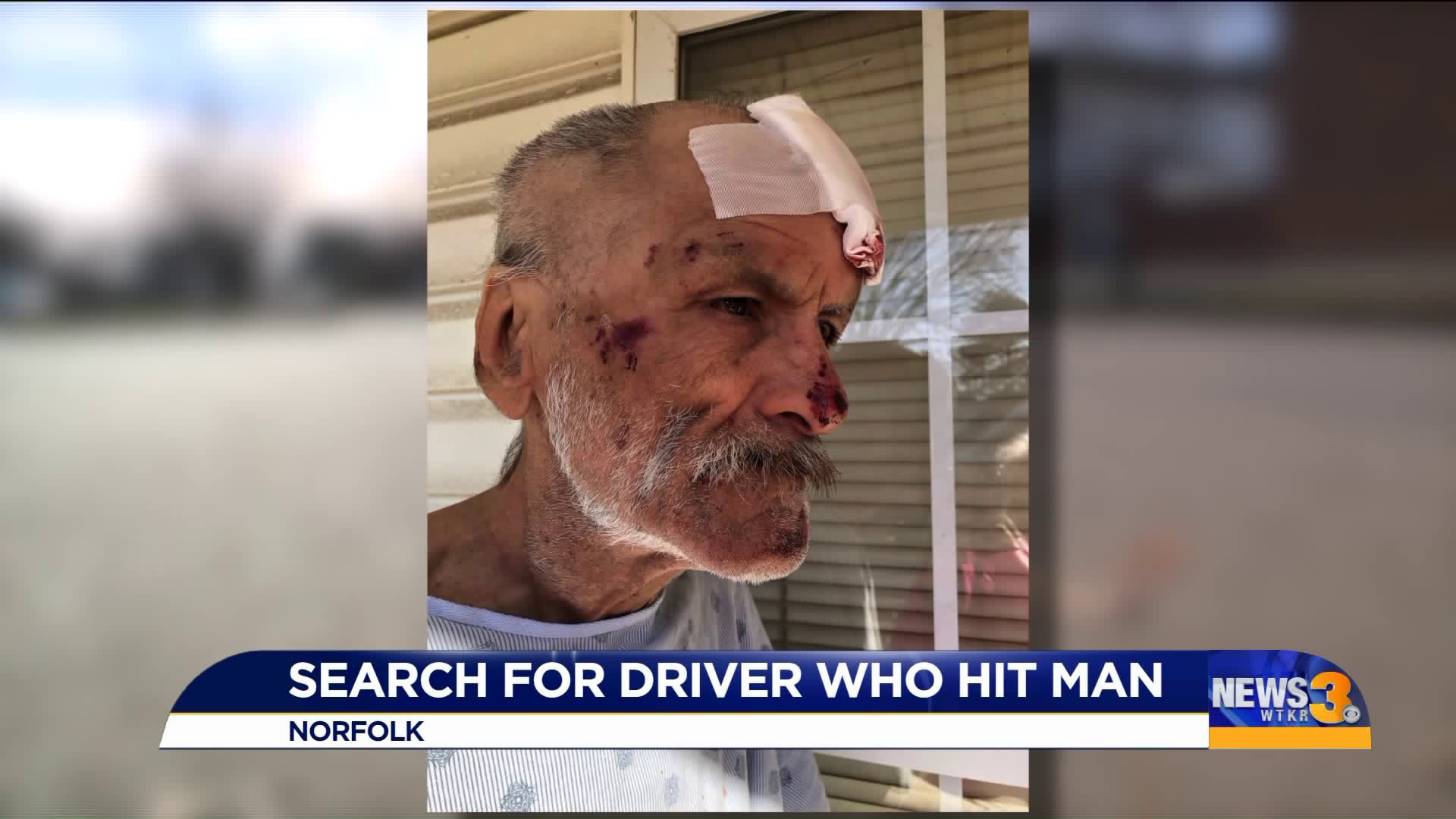 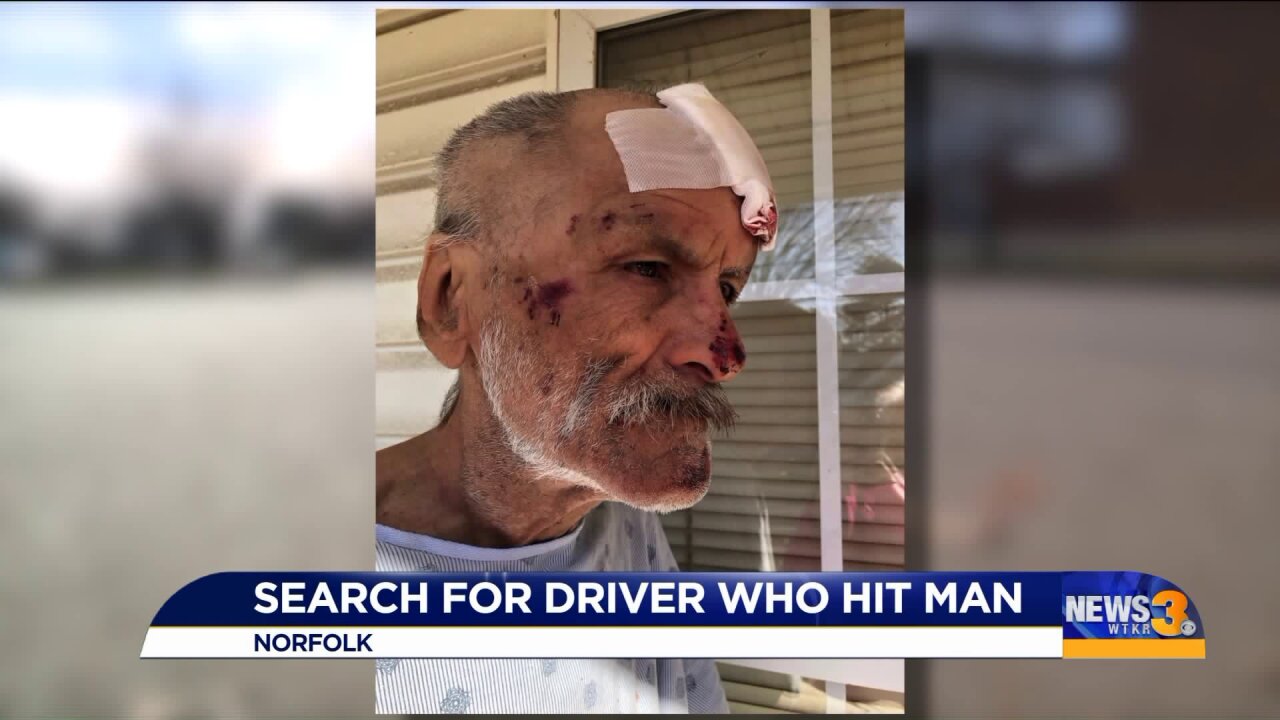 NORFOLK, Va. - A man is left with stitches and bloodied bandages after a driver struck him while crossing the street at the intersection of Tidewater Drive and Woodford Street.

The man, Ralph Bishop, was riding his his bike when Norfolk Police said a car struck him around 8:30 p.m. on Tuesday. The vehicle fled the scene, and Bishop was transported to the hospital with non-life-threatening injuries.

Now, his family hopes for leads and information related to the accident.

"We just want to know what happened so we can have a clear idea of what happened," Janet Smith, Bishop's sister, said. "I would just like to have closure, more or less, to find out exactly what happened.”

Smith said Bishop's bicycle was found near a utility pole. Bishop fell onto the southbound side of Tidewater Drive, and his hat was found on the median.

Smith said she is mad that the driver did not stop to check on her brother. She added she held no ill feelings, but hopes the driver turns themselves in.

"I also kind of understand that something like that happens to you, you’re scared to death," she said. "I understand the first impulse, but you’ve got to be a better person and turn around and come back or let somebody know what happened.”

Ralph has scratches on his face, needed stitches on his head and has a broken wrist. He was released from the hospital early Wednesday morning, but his memory was fuzzy.

“He doesn’t remember much of what happened," Smith said. "He's starting to. This morning, he told me he remembers a small silver car and it was a speeding up as it went by him.”

Smith said Bishop a mental disability and that his bike was his only way to get around. Norfolk Police said they're investigating and that anyone with information can contact them at 1-888-LOCK-U-UP (1-888-562-5887). All calls will be confidential.

Smith said the bike was damaged and bent. A neighbor has the bike and will repair it for Bishop.