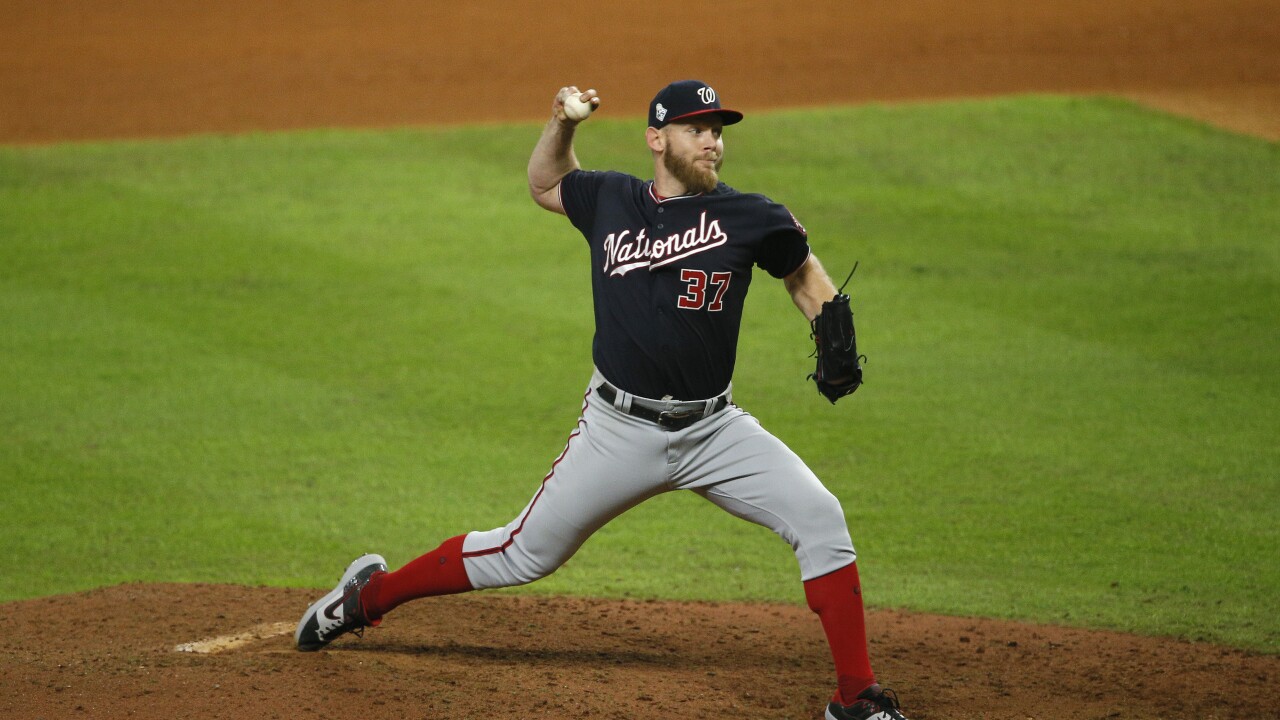 WASHINGTON, DC (Nationals Communications) – The Washington Nationals agreed to terms on a seven-year contract with right-handed pitcher Stephen Strasburg on Monday. According to ESPN’s Jeff Passan, the deal is worth $245 million. Ken Rosenthal reports the $35 million/year salary is the highest average annual value for a pitcher in Major League Baseball history.

“We are very excited to welcome Stephen Strasburg and his family back to the Washington Nationals,” said Washington Nationals Managing Principal Owner Mark D. Lerner. “His tremendous talent, work ethic and leadership have been a staple of our organization since the day we selected him in the 2009 MLB Draft. We would not have won the 2019 World Series or accomplished everything we have these last 10 seasons if not for Stephen’s many contributions.”

Strasburg put together an historic 2019 Postseason and was named World Series Most Valuable Player after going 2–0 with a 2.51 ERA (4 ER/14.1 IP) and 14 strikeouts in two World Series starts. He became the first pitcher in Major League history to finish a Postseason with a 5–0 record. Strasburg recorded a 1.98 ERA (8 ER/36.1 IP) and 47 strikeouts against just four walks in six Postseason games (five starts). He made his first career relief appearance in the Wild Card game against Milwaukee, tossing 3.0 innings of two-hit, shutout ball to help Washington top the Milwaukee Brewers, 4–3.

“Stephen Strasburg is one of the premier pitching talents of this generation,” said Washington Nationals President of Baseball Operations and General Manager Mike Rizzo. “His body of work this season and throughout his career proves that and the way he performed this Postseason was nothing short of brilliant. We are looking forward to having Stephen as a part of our team for many years to come.”

Washington now has 31 players on its 40-man roster.