Owners reunited with pet after Chesapeake home broken into, dog and other items stolen 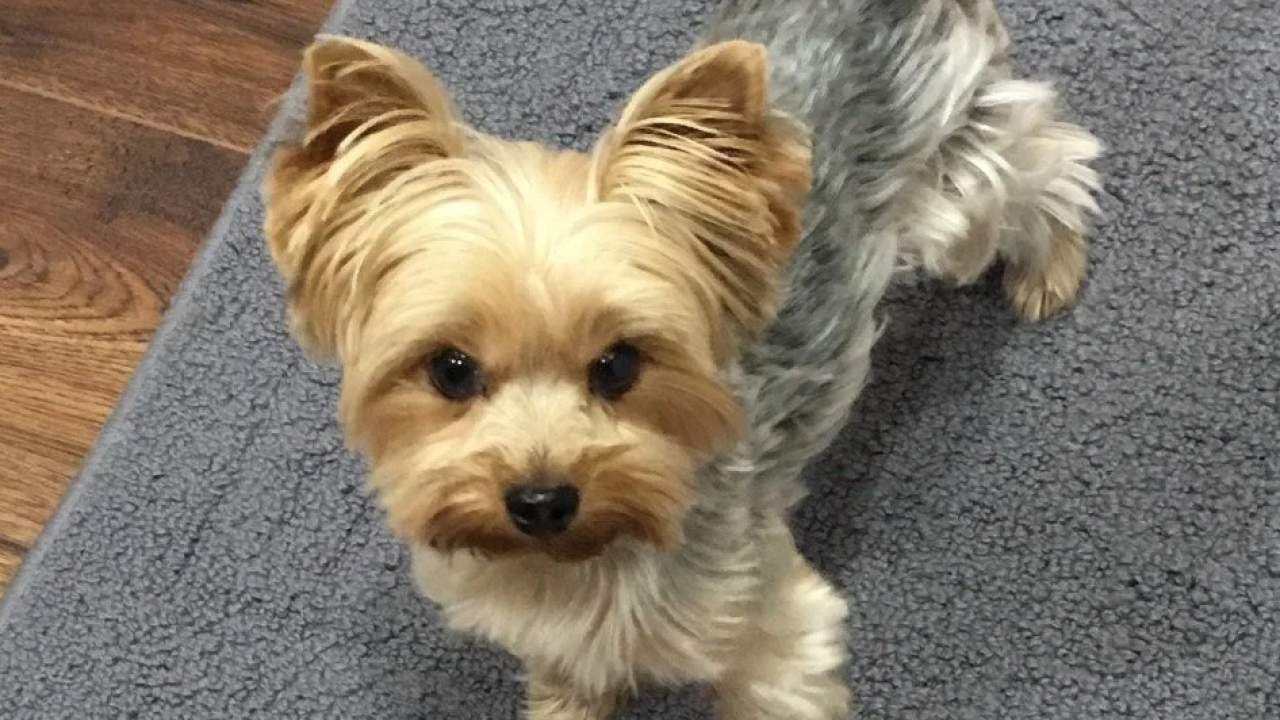 CHESAPEAKE, Va. – A dog was missing, and its owner said he was dog-napped after she said a burglary happened in her home on Monday.

“We realized his bed and his blanket – TJ’s bed and blanket – were also taken,” Toni Turcotte, the dog’s owner, said. “Then I knew he wasn’t lost in the fields or woods or anything, but they had taken him.”

The dog, TJ, was missing – along with a safe, jewelry, guns, a pick-up truck, among other items as well. Turcotte said it was the first time she and her husband were victims of a break-in burglary.

“I don’t care about all the material things. They can be replaced, or not, I don’t care,” Turcotte said. “I just want my dog back.”

Well, those wishes were granted because the owners were reunited with TJ Tuesday afternoon.

Portsmouth Police confirmed that they were contacted by a citizen who believed they found a stolen dog from Chesapeake. Animal Control responded and confirmed that it was the dog that was stolen during a burglary in Chesapeake. Police did a report for recovering the dog and have informed Chesapeake Detectives of the recovery. There is no further information on the dog’s recovery from police at this time.

TJ is a Yorkie and was adopted three years ago. Turcotte called TJ her “little baby” and said she picked him up from a litter. Their home lies in the rural part of Chesapeake with a fenced-off backyard and extensive fields beyond their property.

Turcotte said she arrived home from work at about 4 p.m., and she noticed that the garage door would not open. Turcotte walked through the backyard and noticed a mesh screen ripped off the window and the door completely wide open.

She said she entered the house but quickly exited as she was not sure if the burglars were still inside.

“When the door was open I ran in, afraid my dog had gotten out,” Turcotte said.

Mud tracks were found on the porch. She said the burglars “trashed” the rooms and also left the refrigerator opened.

She contacted the police and when officers arrived, they started to investigate and dust for fingerprints. Police told News 3 they are continuing to investigate.

Turcotte followed up with News 3 later that night. She said a Portsmouth woman had the dog. News 3 contacted the woman by phone who said a man was selling dogs at a 7-Eleven close to midnight on Monday.

The woman purchased the dog not knowing it was stolen. The woman saw the shared lost-dog posts on Facebook from Turcotte and her sister and reached out to her.

Turcotte was accompanied by police and animal control escorts to be reunited with the dog. Turcotte said Animal Control carried a mobile microchip scanner and confirmed the found dog was indeed TJ.

She said TJ was happy to be home.