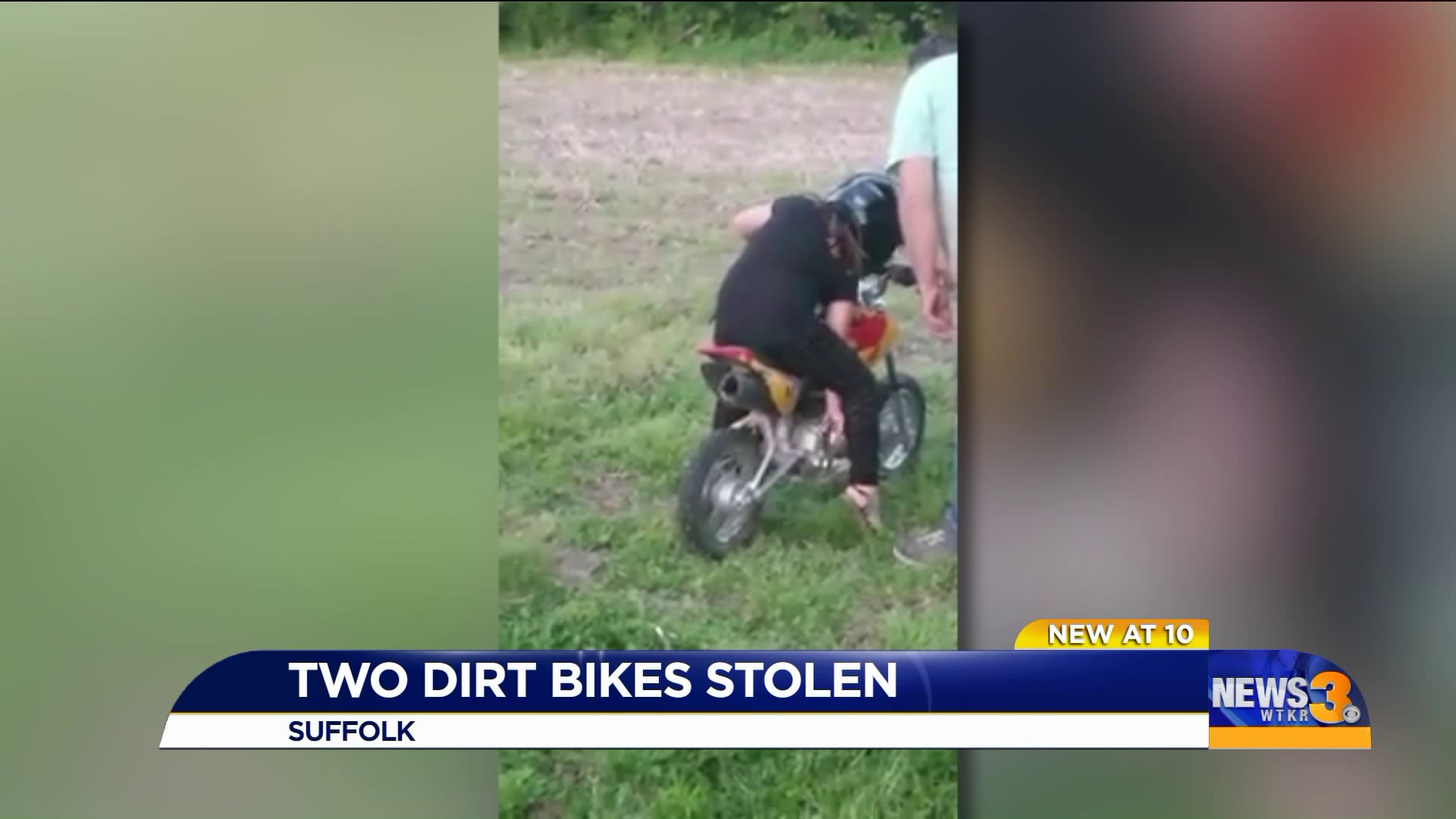 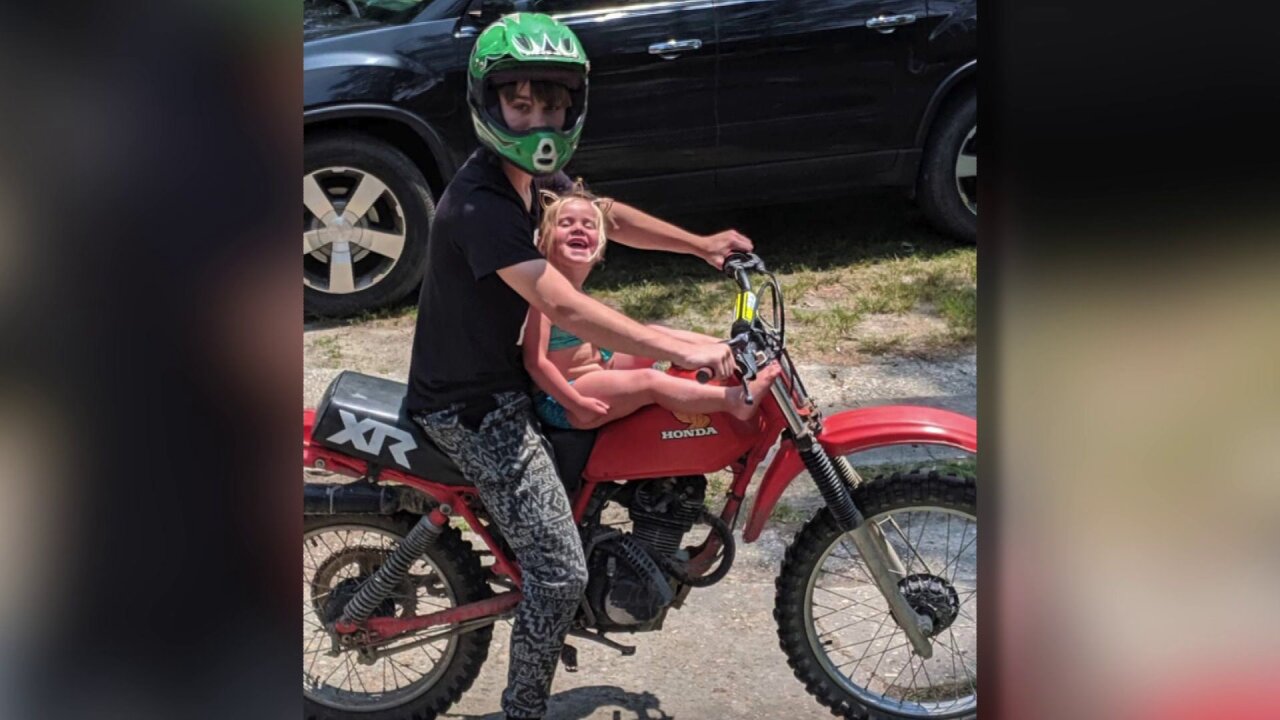 SUFFOLK, Va. - Riding dirt bikes is a thrill for Jaclynn and her cousins.

“It’s fun because we usually go out back and ride with our neighbors,” says the 8-year-old.

Her mother, Misty Butler, says her daughter rides every weekend in their yard right off Crittenden Road.

“She rode it Saturday while we were doing the Christmas decorations,” said Misty.

But on Sunday morning, Jaclynn noticed something strange.

Jaclynn says, “When I looked all over the yard, they weren’t there.”

Someone stole the family’s dirt bikes - including hers.

“It was a children’s dirt bike and adult 250 dirt bike,” said Misty.

Jaclynn remembers leaving her wheels in the yard Saturday night.

Her mom reported this immediately. Suffolk Police say this is grand larceny.

Misty says both bikes are worth about $1,800 - money she says she won’t be able to come up with to replace the bikes anytime soon. She has a message for whoever did this.

“Just bring it back. Just leave it in the yard.”

“I forgive them, but I just want them to return it right now,” said Jaclynn.

Until then, she tells us she’s holding on to her helmet.

“In case they return it, I can ride it,” she says.

Misty says even though the neighborhood is safe, it’s time for neighbors to be vigilant and start locking up their belongings.