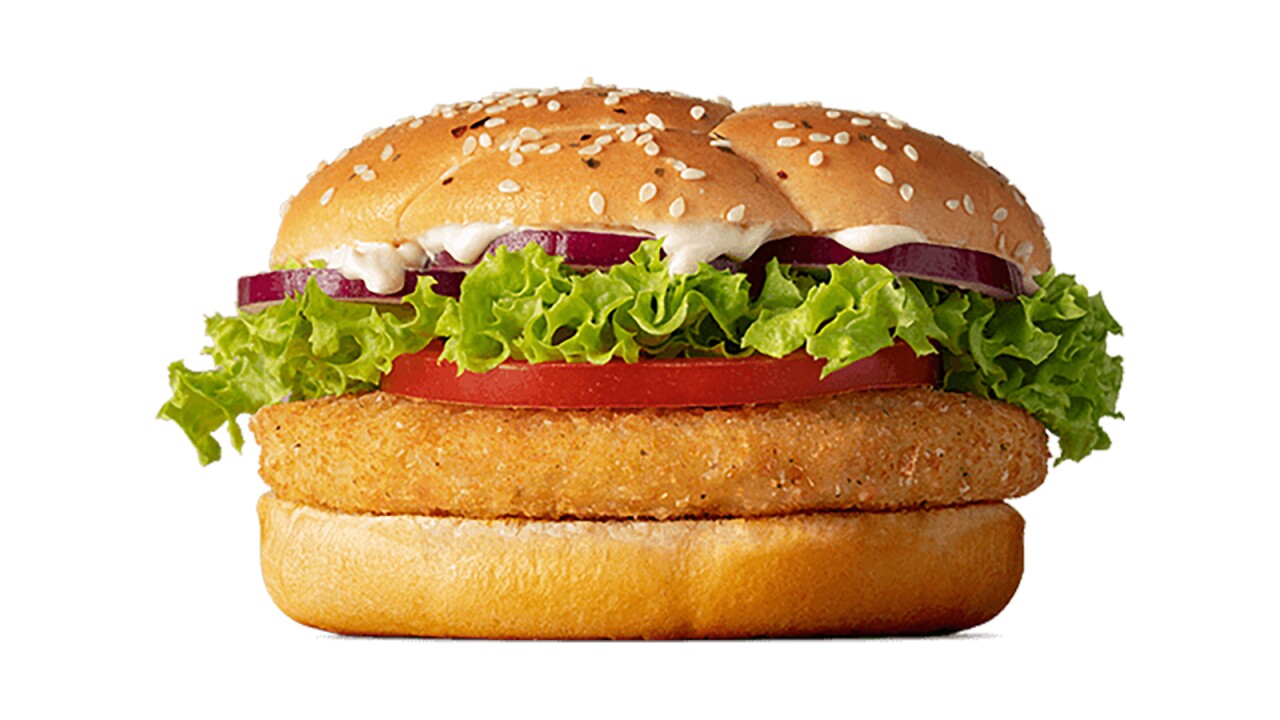 (CNN) – McDonald’s New Zealand has launched its McVeggie burger, but there’s a catch that could leave meat-free patrons dismayed: It’s not strictly vegetarian.

The McVeggie, served with cheese and garlic mayonnaise, includes a patty made of potato, corn, carrot and onion.

However, a disclaimer from the fast food company on its website advises that the burger is “not vegetarian due to our cooking method,” with the patty cooked with the same equipment used by staff to fry chicken.

“With the equipment we have available, we have to cook the patty in the same oil used for other products like McChicken patties,” David Howse, the general manager for McDonald’s New Zealand, told the Guardian.

He added that the product was “intended for flexitarians,” rather than vegetarians or vegans.

This news has divided opinion.

In a Facebook post, NZ Vegetarian Society asked its members what they thought of the burger, and the response was mixed.

Some social media users called the name of the burger “misleading,” and expressed annoyance that they would not be able to consume the fast food as it was contaminated with meat.

However, others said they would still eat it. “It’s a positive for less meat consumption,” one user wrote. “Any step in that direction is a positive,” they added.

McDonald’s has been slowly adding more meatless options to its menus around the world.

Two years ago, the company announced the launch of a McVegan burger, made with a soy patty, in Finland and Sweden.

In May, the fast food giant introduced a vegan burger to Germany — one of its biggest international markets.

At the time, the company said it was testing the P.L.T. (plant, lettuce, tomato) burger because of customers’ growing interest in plant-based alternatives, and would review the test’s results to inform introducing plant-based options worldwide.