‘This is sweet!’ Delivery driver overjoyed at treats left for him on family’s porch 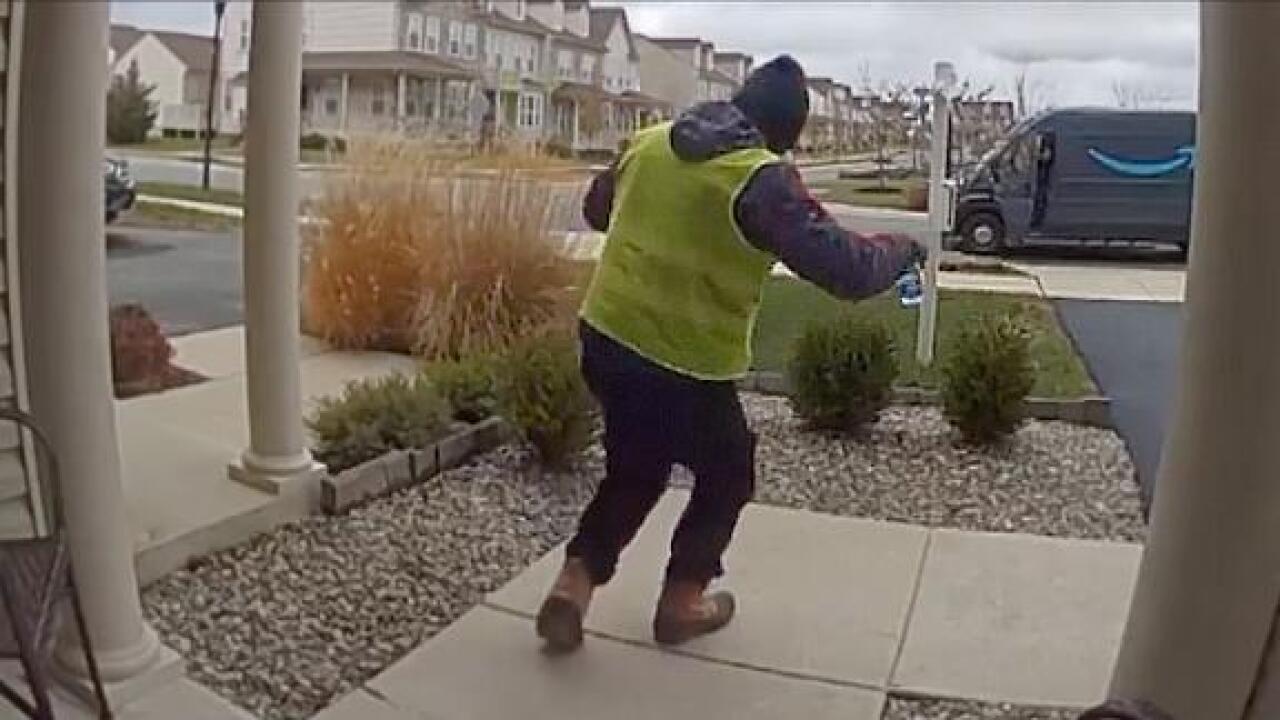 For the past four or five years during the holiday season, Kathy Ouma has been putting out snacks and refreshments for the delivery drivers who drop Christmas packages at her front door.

Karim Reed III, who’s been an Amazon driver for three months, pulled his truck up outside her home in Middletown, Delaware, about 30 miles south of Wilmington.

Reed walked up the driveway with a package under his arm. Then he freaked out, elated at what he saw.

Sitting in a chair on the porch was a basket with bottled water, soft drinks, Oreos and crackers. The basket bore a sign: “Please take some goodies to enjoy on your route. Thanks for making holiday shopping easy.”

“Get out of here!” he said, still overcome with surprise. “This is sweet. This is so nice.”

Ouma’s doorbell camera got a front-row view of Reed as he happily danced back to his Amazon truck. Reed told CNN those moves have been his “signature dance” since he was 7 years old.

The driver had forgotten his lunch that day

Ouma and Reed both needed each other in a way neither could have predicted.

Ouma said she was inside her home recovering from a recent car accident. “I heard his infectious energy outside,” she said. “He really did make my day. I thought, ‘I am all better.'”

Reed had forgotten to bring his lunch with him. As the day progressed, he wasn’t feeling well. But he snagged a bag of cookies, some crackers, and a bottle of water.

“That held me over for the rest of the day,” he said.

“If I had known, I’d have left him lunch too,” Ouma told CNN.

She said that since Reed’s joyous dance moves on her porch had gone viral, she has received messages from people in Amsterdam, London and Australia who put refreshments out for their delivery drivers.

“I was just raised this way,” she said. “You can shift the energy not just of the people around you, but the entire world.”