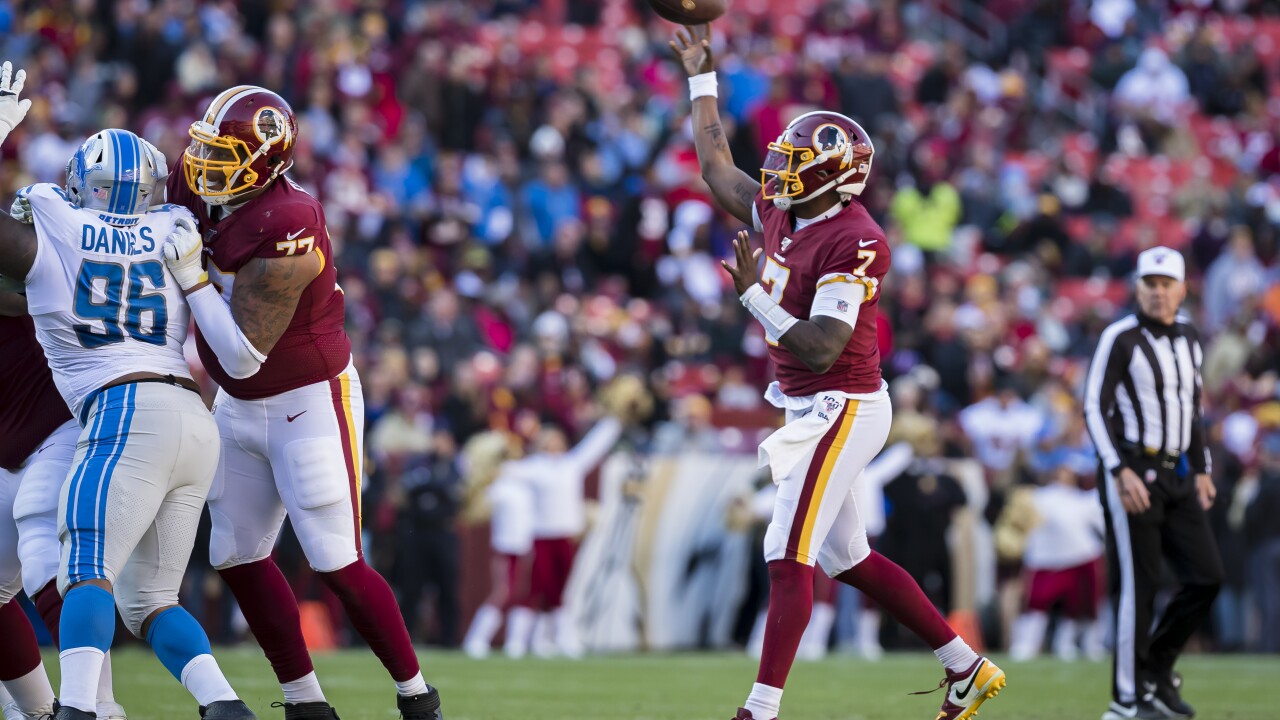 GREEN BAY, Wis. – The Washington Redskins(3-9) look to extend their winning streak to three games when they face the Green Bay Packers (9-3) on Sunday.

Washington doesn’t hide its desire to focus on the run game. The Redskins had their best performance of the season in last weekend’s win against the Carolina Panthers, rushing for a season-high 248 total yards, and will try to replicate that performance when they face the Packers who have allowed more than 100 yards on the ground in five of their past eight games.

“They can put some points on the board in a hurry, so we’ve got to be really smart about how we try to attack early on, take our shots where we can,” Redskins offensive coordinator Kevin O’Connell said. “It’s no secret, we want to run the football. We’ve had some success in more games than others, but we stick to the run. That’s what we want to do and it’s my job to make sure that I’m building things in around the run game, how we want to do it that particular week and make sure we’re doing it with the play-pass and trying to move the quarterback a little bit.

“That secondary and their pass rush and what they want to do defensively, we’ve got to make sure we try to impose our will a little early on in the game with whatever the conditions may be. That’s a whole other part of it, but it’s a tremendous task for us, a difficult challenge for sure.”

While The Frozen Tundra creates a harsh playing environment this time of year, rookie quarterback Dwayne Haskins feels his experience at Ohio State had prepared him for the what lies ahead.

“I’m really excited to go to Lambeau Field. It’s going to be very cold, they’ve got a great fan base over there,” Haskins said. “Having played in the Big Ten, I’ve played some cold games. Try to stay as warm as possible – hand warmers, turtlenecks, soup, chicken broth, all of that.”

The last meeting between Washington and Green Bay was Week 3 of the 2018 season, when Washington won 31-17 at FedEx Field. The Packers have a 20-16-1 all-time series lead against the Redskins.

Sunday’s game at Lambeau Field kicks off at 1 p.m.