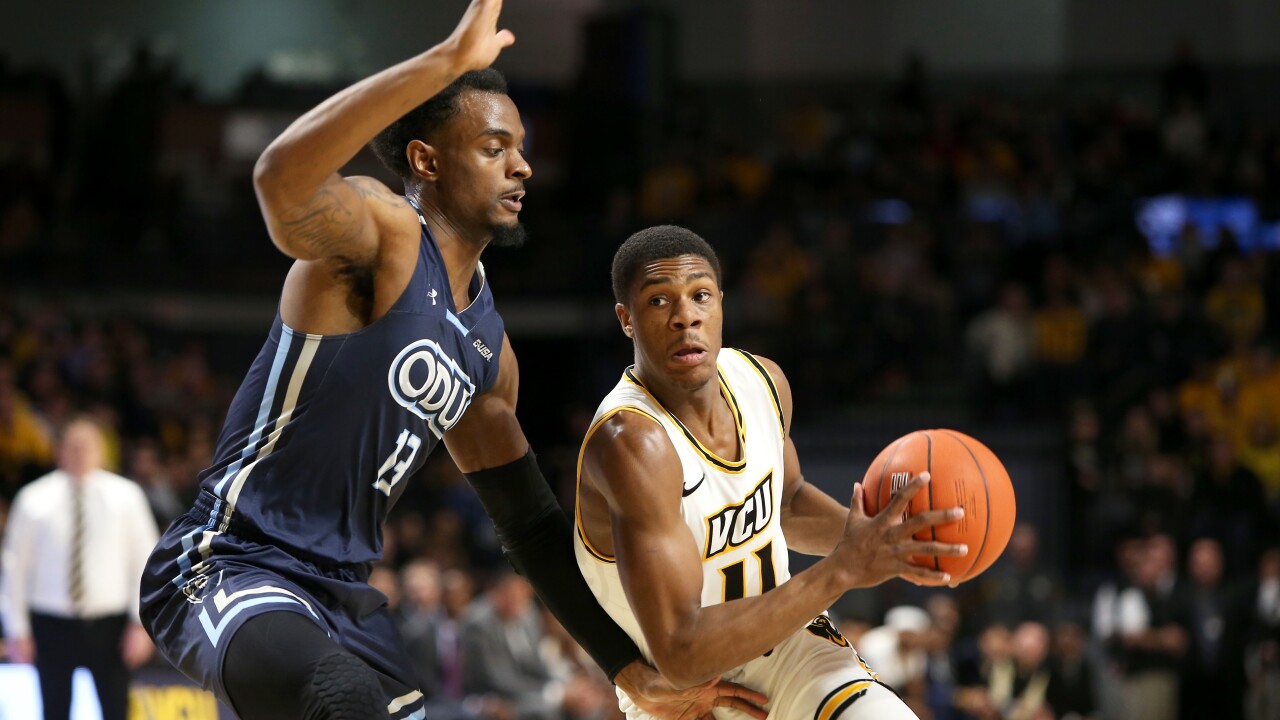 RICHMOND, VA – DECEMBER 07: KeShawn Curry #11 of the VCU Rams drives past Aaron Carver #13 of the Old Dominion Monarchs in the first half during a game at Stuart C. Siegel Center on December 7, 2019 in Richmond, Virginia. (Photo by Ryan M. Kelly/Getty Images)

RICHMOND, Va. (ODUSports.com) – In the 95th all-time meeting, the Old Dominion men’s basketball team (3-7) was defeated by Virginia Commonwealth (7-2) by a 69-57 score on Saturday night at the Siegel Center in front of 7,637 fans.

Xavier Green went for 11 points, three rebounds, one assist and one steal. Malik curry also finished with 11 points, to go along with three rebounds, two assists, one steal and one blocked shot in 22 minutes of work. Dajour Dickens had a double-double, consisting of 10 points and 10 rebounds. Jason Wade narrowly missed a double-double, turning in a nine point, nine rebound, four steal and one assist performance.

Old Dominion will return to the hardwood next Saturday, Dec. 14th, when the Monarchs travel to Illinois for a 6:00 p.m. tipoff on the Big Ten Network.