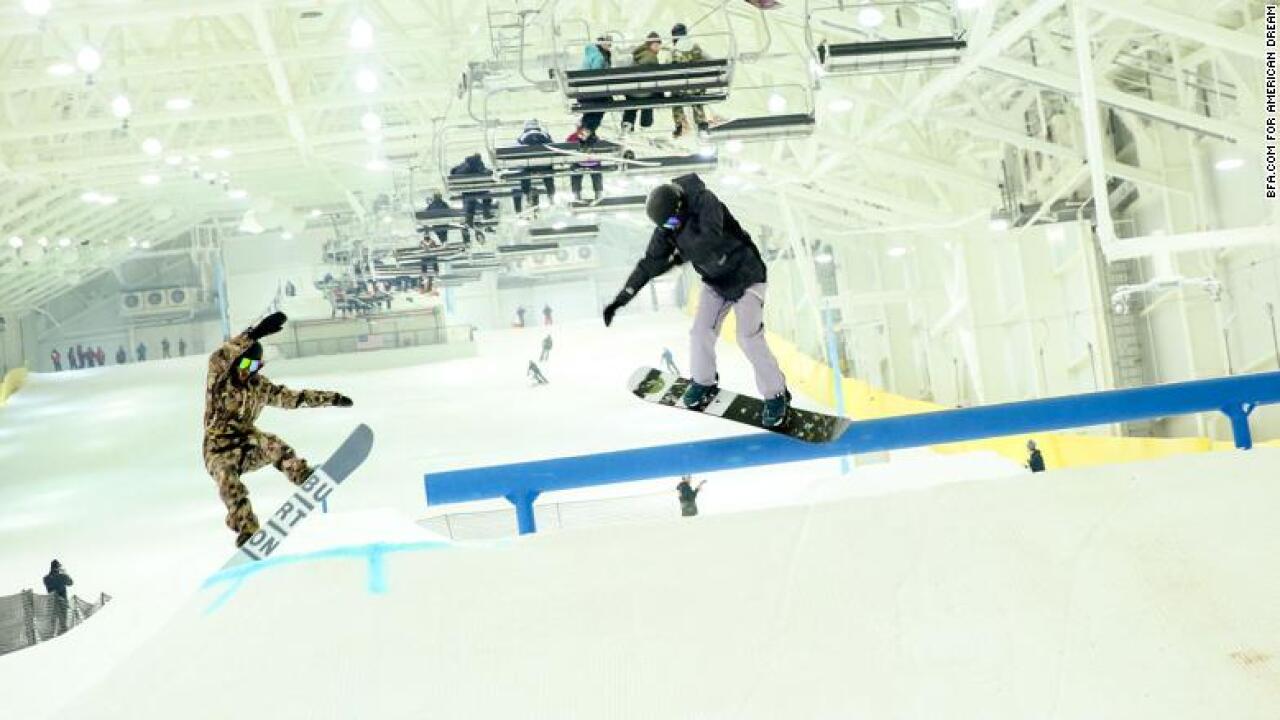 The park claims to create “real snow” by dripping water from the ceiling and freezing it “through the same physical process by which snow is made outdoors in nature,” according to a press release.

Olympic skiers Lindsey Vonn and Donna Weinbrecht along with snowboarders Kelly Clark and Red Gerard attended the center’s grand opening, taking a ride together on one of the park’s four indoor lifts.

The slopes are open to people of all skill levels with grades ranging from 3% to 26%. The park is part of the new American Dream mall in East Rutherford, New Jersey, located about 30 minutes from New York City.

The American Dream mall has been in the works for 16 years. After false starts and multiple developers, it is finally opening. The mall is approximately 3 million square feet roughly divided into 55% entertainment and 45% retail space.

The $5 billion project created more than 23,000 jobs during its construction, according to a 2018 news release from New Jersey Gov. Phil Murphy. The project is estimated to create more than 16,000 permanent new jobs on site and over 6,700 jobs in the surrounding communities, the governor said.

Skiers ride one of the park’s four ski lifts.

The retail portion of the mail is scheduled to open in March 2020. It will be open for just six days a week because of New Jersey’s blue laws, which are still in place in Bergen County, where the American Dream mall is located. Blue laws in Bergen County make it illegal to operate most nonfood retail on Sunday and have been in place since the 1600s.

The complex is ready for a flood of visitors with 33,000 parking spaces for those planning to visit by car. For those interested in avoiding traffic, there is a new daily express bus route NJ Transit from the Port Authority to American Dream.

The New Jersey chapter of the Sierra Club has criticized the project over environmental concerns, projected traffic problems and government subsidies used to fund the project.

Triple Five Group, a private company is owned by the Ghermezian family, has developed mega-malls like the Mall of America and the West Edmonton Mall in Canada.