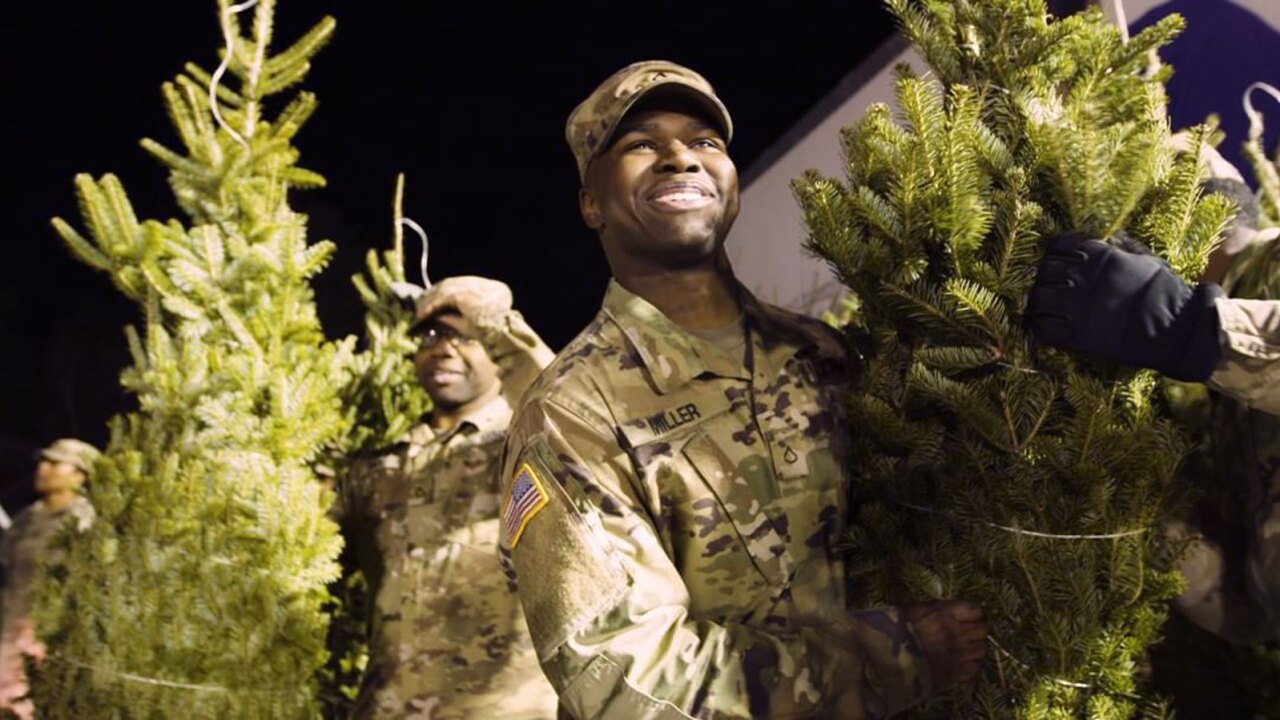 Thousands of service members will receive a tree from their military base.

The holiday season can be difficult for military families.

Traditions may be broken. Loved ones may deployed far away, and what is usually a festive season may turn bleak as many in the military give up their holidays to serve.

Thousands of service members will receive a tree from their military base.

A group of nine people, however, is brightening the holidays for thousands of military service members.

Over the next few weeks, 16,000 trees will be delivered across the country and abroad through Trees for Troops, a program that provides free, farm-grown Christmas trees to military bases. Beyond the team of nine, there are hundreds of volunteers who help.

Trees for Troops began in 2005 and has delivered more than 225,000 Christmas trees to military families in the US and to troops stationed overseas. The act may seem small, but for those serving, it can mean everything.

“It took me away when I was overseas. It just reassured me and our troops that the American people were truly behind us,” retired Army Command Sgt. Maj. Marvin Hill told CNN on Tuesday. “They may have had different feelings about the war effort, but they were truly behind the service members that were fighting and their families back home.”

Hill, who retired after 35 years in the US Army, is involved with Trees for Troops now in his role in advising FedEx Freight on project management.

By December 13, Trees for Troops will deliver thousands of trees to more than 74 US bases in all branches of the military. It has already sent about 200 trees overseas.

Once the trees reach the military bases, they are often given out to military families who can take them home. What happens to the trees, however, is up to the specific military base. Trees for Troops does not donate any Christmas trees to specific families.

Many volunteers help Trees for Troops deliver the Christmas trees.

The program is small, with eight volunteers and one paid staffer, but they are passionate about what they do and coordinate with people across the country.

Tree farms in about 20 states have donated trees to brighten a military family’s holidays. Many individuals have donated to Trees for Troops as well, getting the organization to its grand total of 225,319 free trees over the past 15 years. All those trees are then delivered to the bases with the help of in-kind work from FedEx, whose volunteers coordinate all deliveries.

“Everyone is a volunteer,” O’Connor said. “It’s everyone’s busy time of year, so they’re really adding on an extra amount of work for themselves, but they choose to do it every year.”

The program keeps growing. O’Connor said that as more people hear about Trees for Troops, more bases want to be involved. She said the demand is much higher than the supply, and there is even a waiting list.

“It’s a small gift that just has a lot of heart,” O’Connor said. “As military bases keep learning about it, they definitely want to be involved.”