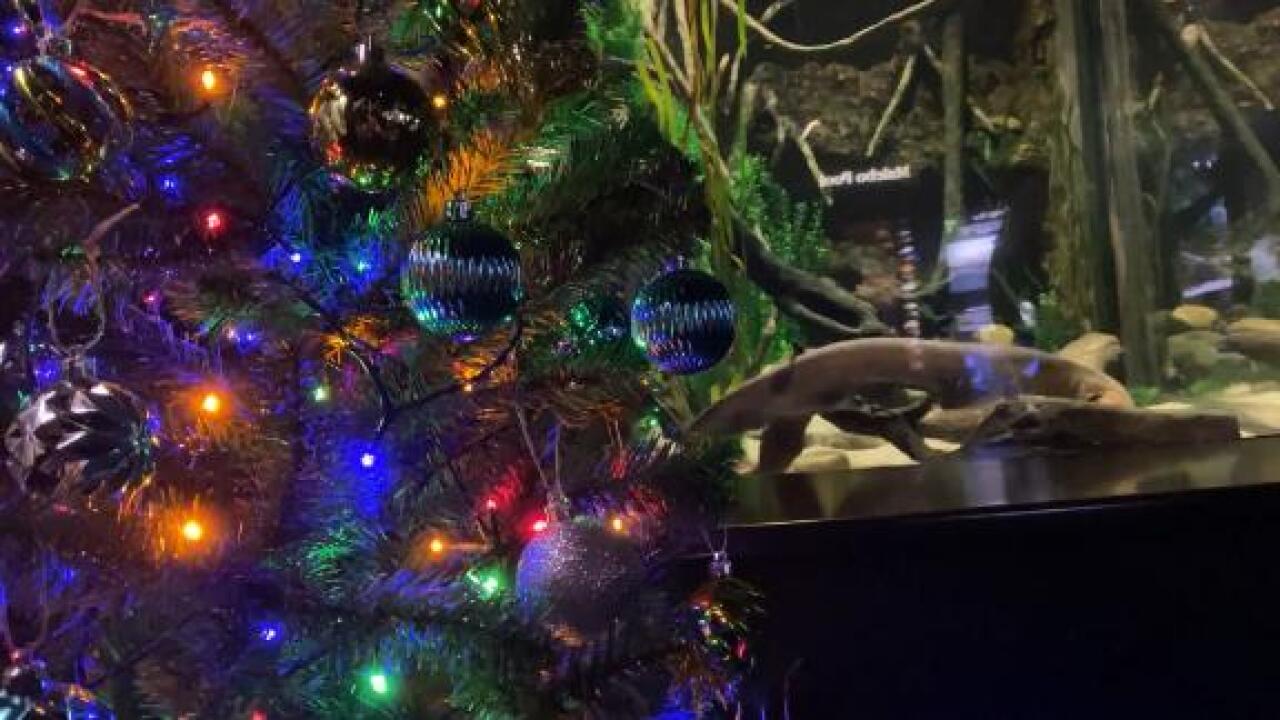 The Tennessee Aquarium in Chattanooga is making good use of one of its residents.

Miguel Wattson, an electric eel that resides in the aquarium’s Rivers of the World gallery, not only tweets from his account, which currently has more than 38,000 followers — he earns his keep by powering a Christmas tree at the aquarium.

“The speakers convert the discharge into the sound you hear and the festively flashing lights,” Turnipseed explained in a statement.

“The rapid, dim blinking of the lights is caused by the constant, low-voltage blips of electricity he releases when he’s trying to find food,” explained Aquarist Kimberly Hurt. “The bigger flashes are caused by the higher voltage shocks he emits when he’s eating or excited.”

Electric eels have three electrical organs that are made up of electrocytes, which are electric generating cells. Even though they are called electric eels, the aquarium said that they are actually a type of knifefish and more closely resemble carp.