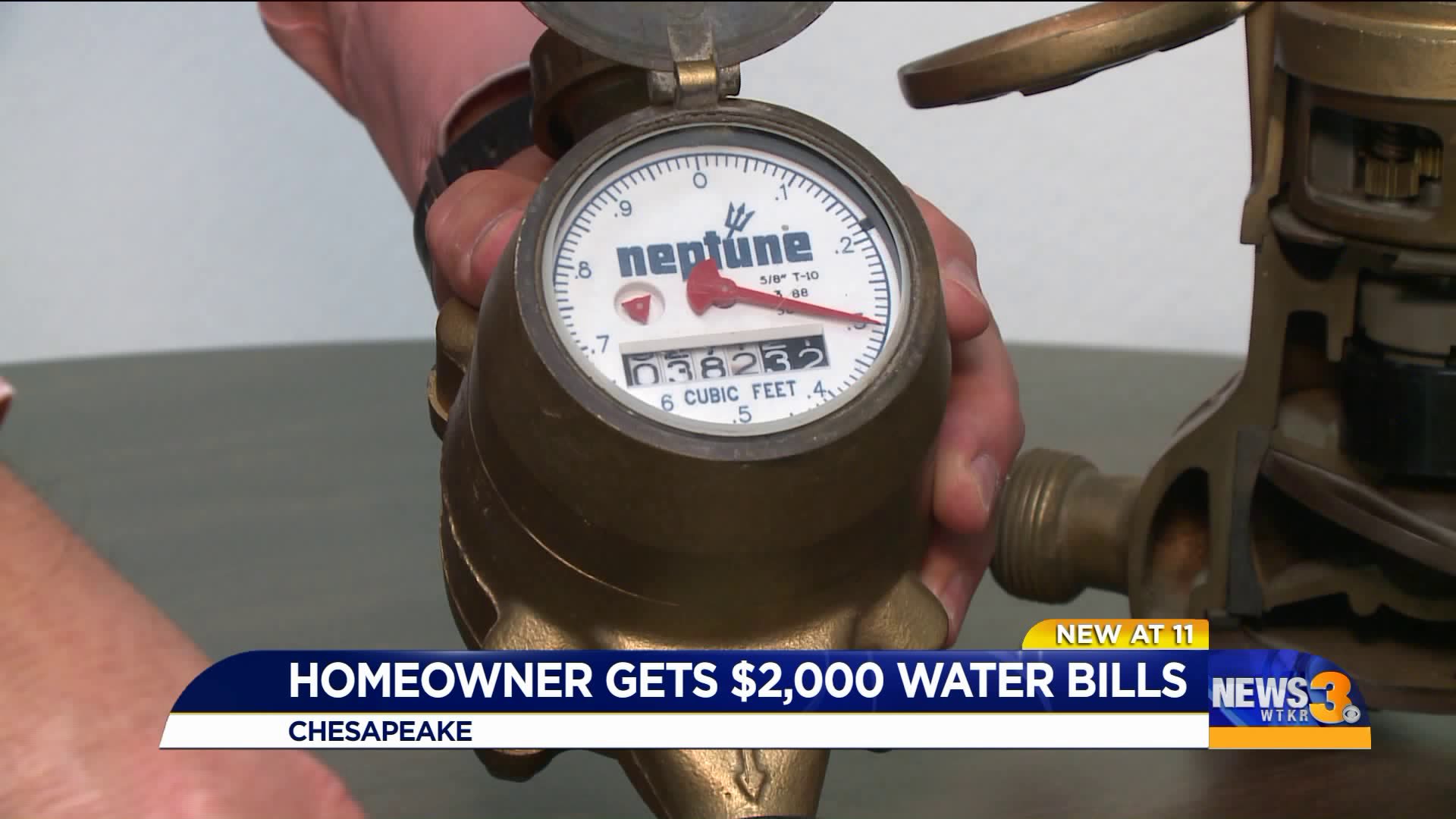 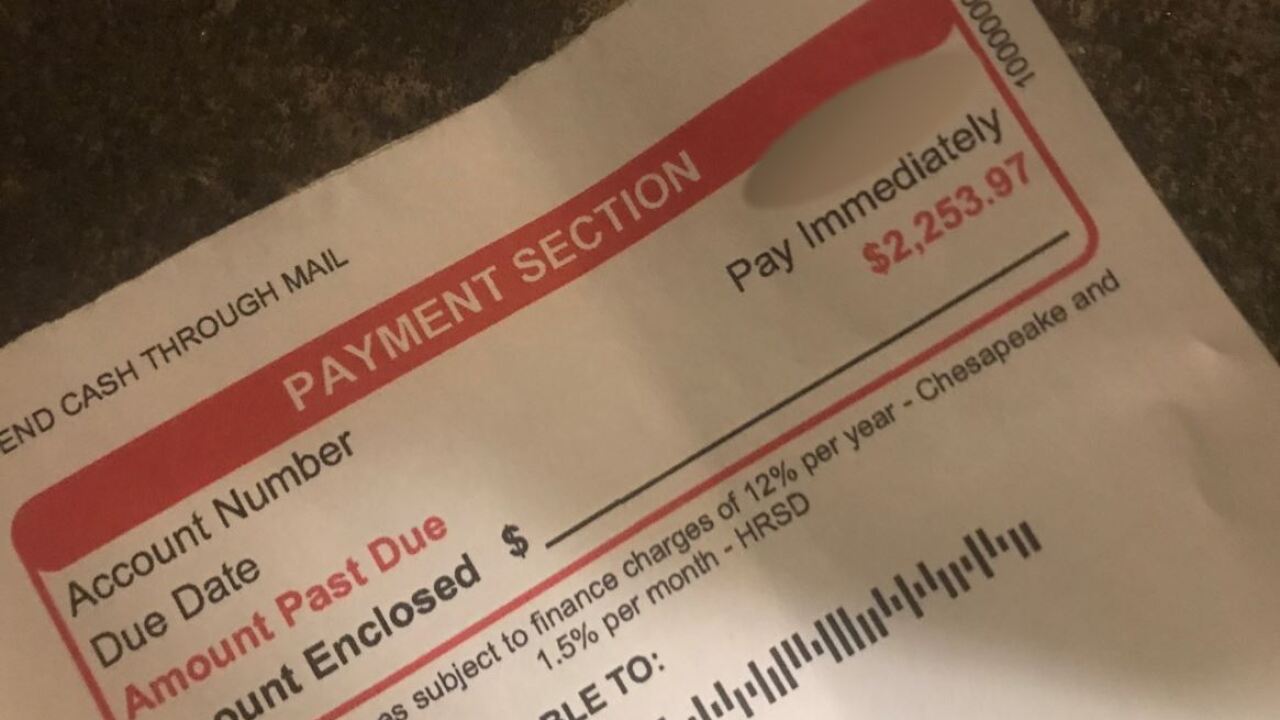 CHESAPEAKE, Va. - The average water bill in Chesapeake is around $200. Janet Leonard remembers when her water bill was just a couple dollars back in the 60s.

“About $12 when we first moved here,” Leonard says as she laughs.

That's according to the most recent bill she got in the mail from the Hampton Roads Utility Billing Service. They are the company the City of Chesapeake works with to collect payments.

“I called them right away and they said, 'That’s what you have to pay.' I said, 'I don’t understand it,'" said Leonard.

She says it’s not the first hefty bill she’s received. The first one came over the summer.

“Your water consumption in a normal household goes up 10% to 20% in the summertime,” said David Jurgens. He’s the Public Utilities director with the City of Chesapeake.

Amber lives with her grandmother, and she wants answers. News 3 talked to Jurgens. We asked how often meters are checked; he said every 60 days.

He says if it’s not your meter, you probably have a leak. He says the most common big bill leak starts in your bathroom.

“The most common leak is a toilet that will seep, so the little flapper... that flapper will let water seep down into the bowl.”

He says running water hoses could be another a cause. Jurgens says keep an eye on your water hoses and on your neighbors.

“I’ve actually seen a case where one house had been shut off and they hooked a hose up to a neighbor’s house and ran it through their hose, hooked it up to their house and they got water off their neighbor's house,” said Jurgens.

Right now, Janet is on a leak adjustment payment plan offered by the city, but she says it’s not enough.

“We just want it solved. We want to know why this is going on because it never happened before. We just want answers," Amber said.

For more information on how to request a water leak adjustment, click here.