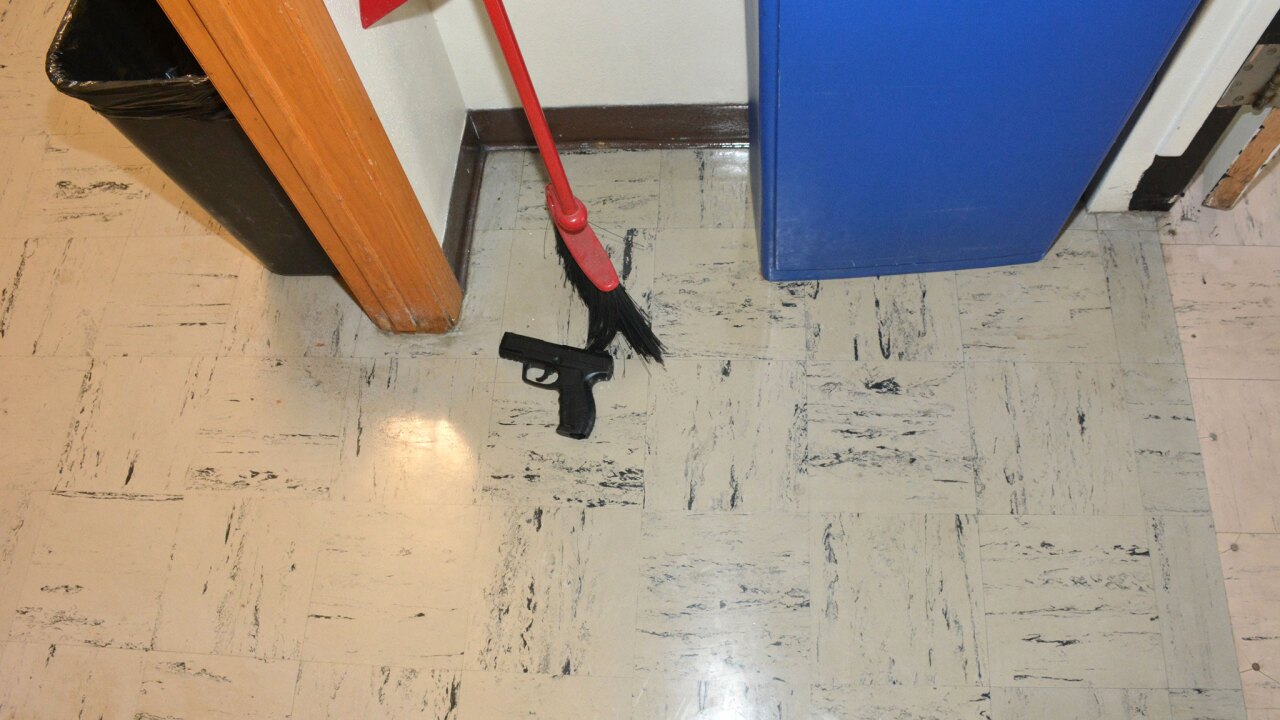 A Wisconsin school resource officer on Tuesday shot and wounded a student who stabbed him during an altercation, police said. It was the second shooting to take place in a high school in the state in two days.

The incident occurred shortly after 9 a.m. in the office of the school resource officer at Oshkosh West High School in Oshkosh, about 90 miles northwest of Milwaukee, police said.

Smith said investigators were looking into whether there were warnings about the incident on social media. “We believe there was only one suspect involved … and this incident was isolated to this encounter,” he said.

Earlier, police said in a Facebook post that an armed student confronted a school resource officer, and both were injured and taken to local hospitals.

The school was on lockdown and parents instructed to reunite with their children at Perry Tipler Middle School, police said.

“First and foremost, we are so grateful for the proactive safety measures in place throughout our district as well as our partnership with local and state law enforcement. Our students and staff followed our emergency protocols.”

She said classes will be canceled on Wednesday and counselors made available. The high school has about 1,700 students.

Here’s what happened Monday in Waukesha

On Monday in Waukesha, an officer shot a 17-year-old student at a high school classroom, police said.

The suspect, who police said pointed a handgun at officers, is in stable condition in the intensive care unit of a local hospital, Waukesha Police Chief Russell Jack told reporters. He could face multiple felony counts but had not been charged. No other injuries were reported.

Baumann said the student was “angry” at another student and had pointed one of the weapons at his head.

The incident at Waukesha South High School unfolded after a student reported a classmate with a handgun. That’s when a school resource officer rushed to a classroom and began getting other students to safety, police said in a press release.

Other officers responded and tried to start a dialogue with the suspect, Jack said.

The suspect at one point pulled the gun and pointed it at the officers, Baumann said. Waukesha Police Sgt. Brady Esser, who had rushed to the classroom with the SRO, fired his weapon, striking the suspect in the leg and arm, the captain said. Esser is an 11-year veteran.

Jack added, “The SRO did a great job responding immediately to the information and was able to remove many students from harm’s way. While that was happening, a different officer was forced to discharge his firearm based on the imminent threat the suspect posed.”

A separate, unrelated incident at a different school in the same city saw a 15-year-old boy taken into custody after police found him with a replica firearm later at his home, according to a police press release.

Police were called to Waukesha North High School around 1 p.m. Monday for reports of a student with a gun, the release said. After the school was placed on lockdown, an investigation found the student was no longer on school property.

Police responded to the student’s home and found a replica of a firearm, police said.

Besides the two shootings, Wisconsin schools have dealt with several other security incidents since last week.

On Tuesday, shortly after the shooting at Oshkosh West High School, someone made a social media post “implying a possible threat towards Oshkosh North High School,” the Oshkosh Police Department wrote.

“A comment was written on the Oshkosh Police Department’s Facebook page under the post about the officer involved shooting that occurred at Oshkosh West this morning,” police said Tuesday.

After an investigation, “we do not feel that students are in danger and that this comment was not meant to be a threat against Oshkosh North High school,” police wrote.

The Germantown School District learned of a “potential gun threat to Germantown High School,” the superintendent and police chief said in a joint statement on Tuesday.

That potential threat was followed by “a similarly reported threat” to Kennedy Middle School, the Germantown officials said.

Police investigated both reports and “were able to determine who the individual responsible for initiating the threats is,” the statement said.

“School and law enforcement officials will be meeting … with the individual responsible for initiating these hoaxes, and the individual’s parents, to begin the process for appropriately addressing these fabricated threats.”

Police said the potential threats were “not credible,” and classes were not interrupted at either of the two Germantown schools.

On November 26, Greenfield public schools were closed due to “irresponsible comments about a potential school shooting at Greenfield High School,” according to a joint statement from the school district and police.”

“The Greenfield Police Department thoroughly vetted the threat and found it was NOT credible, and the student admitted to making false statements.”

An SRO is assigned to each of the two public high schools in the Oshkosh Area School District, according to the city website.

The primary goal of the officers, who are Oshkosh police officers, is “preventing juvenile delinquency through education and positive communication with students. SROs also respond to problems in their assigned schools and assist when unusual events occur at the elementary schools,” the website said.

SROs take part in appropriate classroom lessons on topics such as bullying, internet safety and laws involving dating and relationships.

The National Association of School Resource Officers said there are between 14,000 and 20,000 SROs across the nation. The association recommends they receive at least 40 hours of specialized training in school policing.

SROs typically are armed, though some jurisdictions prohibit them from carrying firearms on campus. “A school resource officer is a commissioned, sworn law enforcement officer, not a ‘security guard,'” the association said.