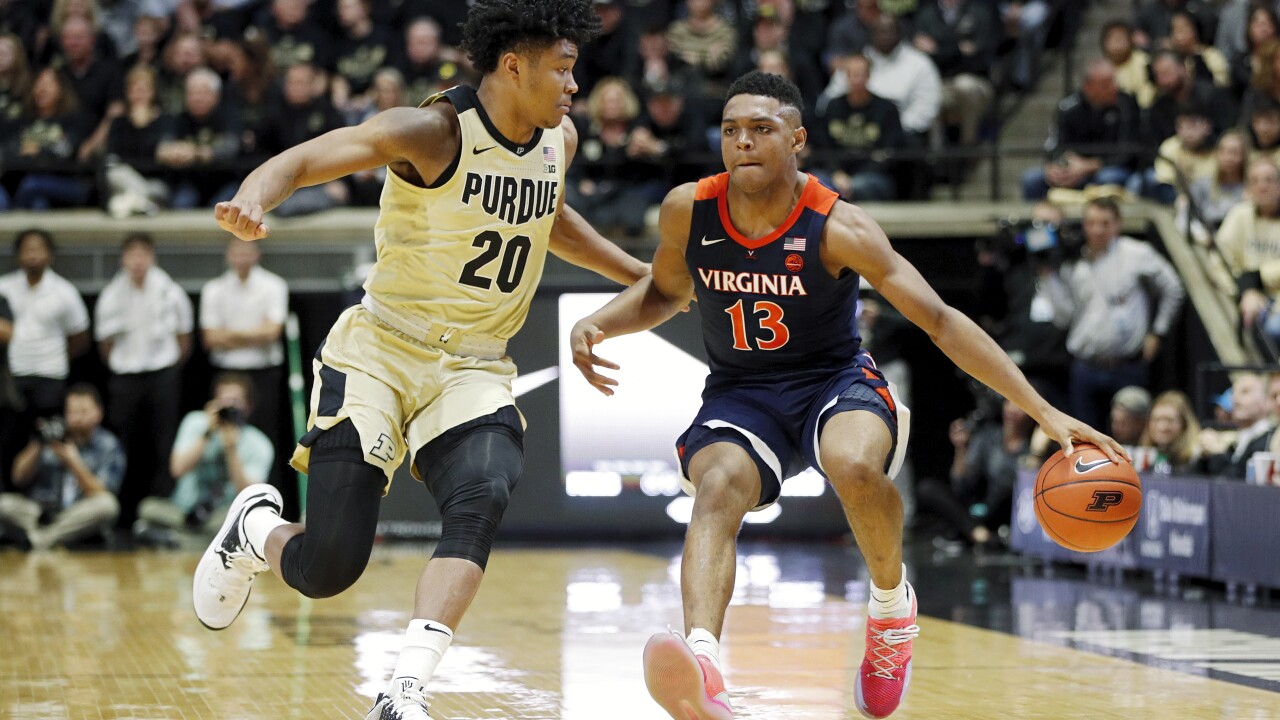 WEST LAFAYETTE, IN – DECEMBER 04: Trevion Williams #50 of the Purdue Boilermakers dribbles the ball up court after a steal against the Virginia Cavaliers. Purdue defeated Virginia 69-40. (Photo by Joe Robbins/Getty Images)

HOW IT HAPPENED
Huff hit a three to start the game, but Purdue would hit three consecutive 3-pointers and later used a 12-0 run to lead 26-9. The Cavaliers trailed 32-17 at the half. Virginia scored first in the second half and Huff scored eight consecutive points for UVA. The Boilermakers would go on another run over a UVA scoring draught to take the 69-40 win.

UP NEXT
Virginia returns home to host No. 7 North Carolina on Sunday, Dec. 8 at 4 p.m. at John Paul Jones Arena.