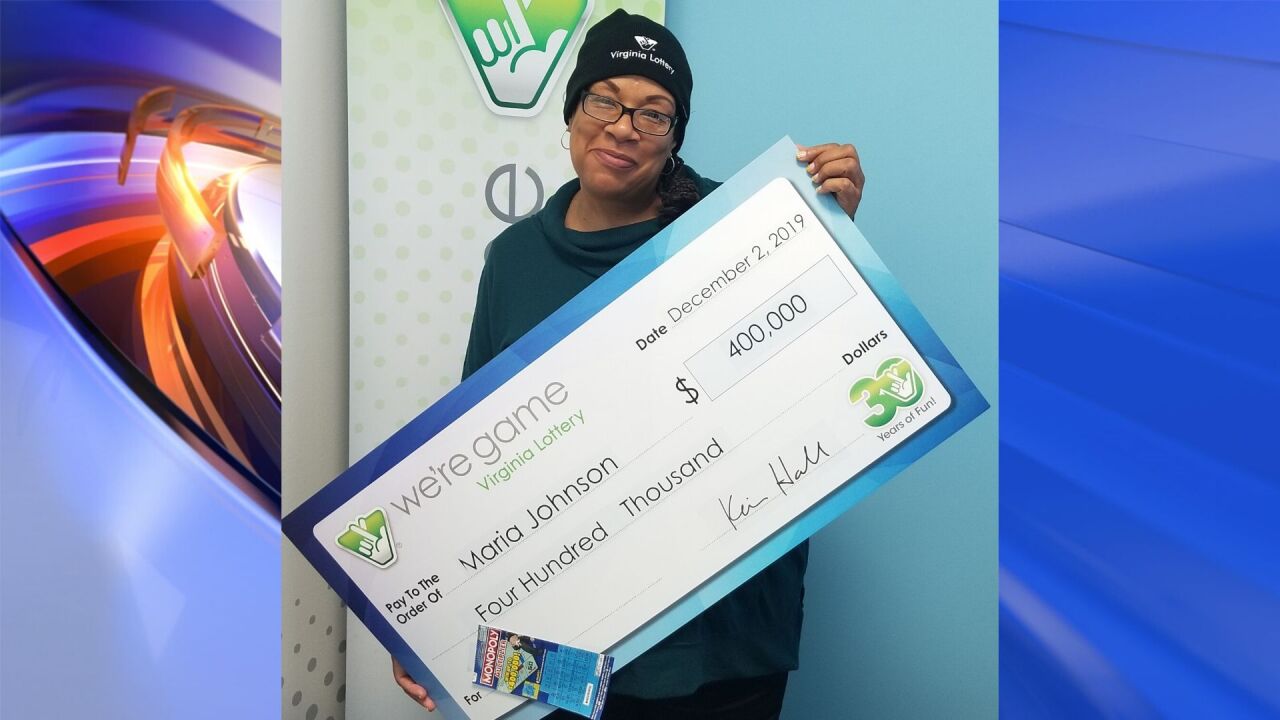 Photo provided by the Virginia Lottery

If you had been nearby when Maria Johnson won $400,000 from the Virginia Lottery, you probably wouldn’t have known.

The Hampton woman saw that her ticket was a winner, signed the back of the ticket, and quietly walked out of the store.

She bought her winning Monopoly Multiplier ticket at Kroger, located at 2190 Coliseum Drive in Hampton.

The retired U. S. Army veteran then had to wait through the long Thanksgiving holiday weekend for Virginia Lottery offices to open on Monday morning so that she could redeem the ticket.

“I couldn’t sleep the first night,” she said. “So, I called my family in West Virginia and told them they had to come!”

Monopoly Multiplier is one of dozens of games available from the Virginia Lottery. It features prizes ranging from $5 to $400,000. The odds of winning that top prize are 1 in 1,836,000. The odds of winning any prize in this game are 1 in 4.04. This is the third top prize claimed in this game, which means one more $400,000 ticket remains unclaimed.