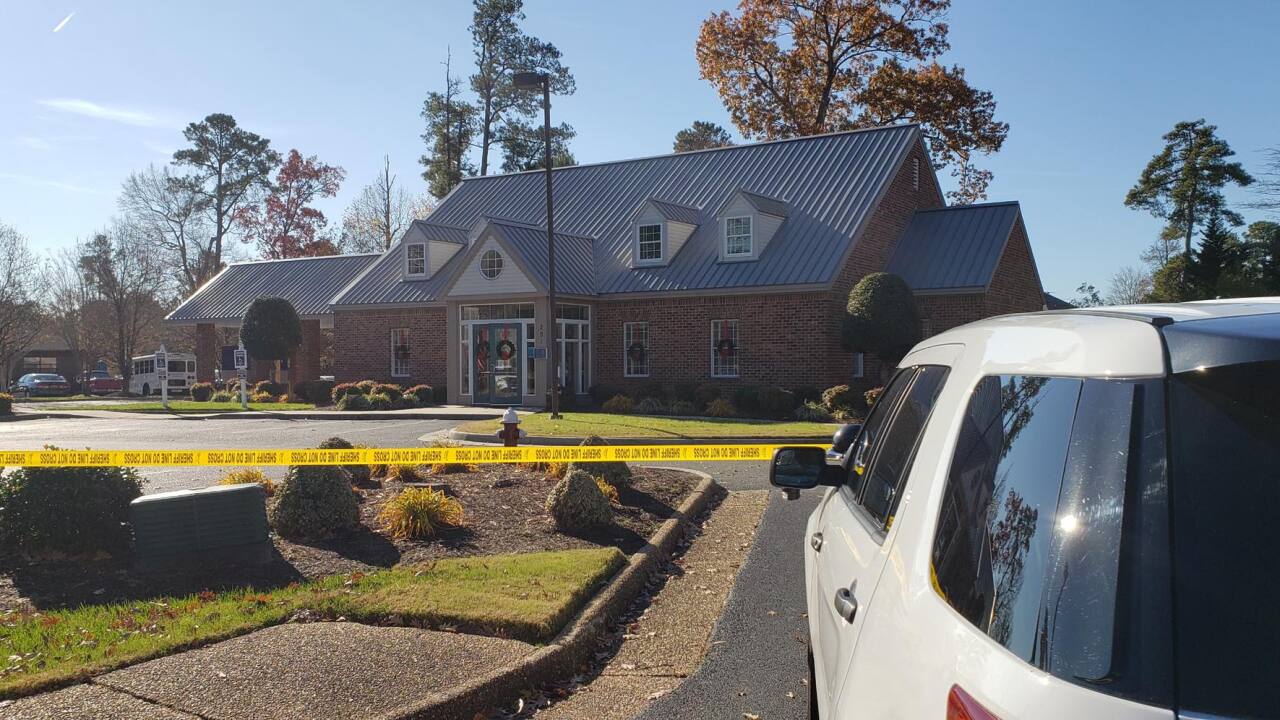 Around 9:50 a.m., deputies responded to the Old Point National Bank in the 200 block of Kiln Creek Parkway in reference to a bank robbery.

Authorities say although the suspect didn’t show a weapon, he implied he had one.

He’s described as being 5’9″ tall and was last seen wearing a dark blue or black suit with a white hat. He was also said to be wearing a white mask.

After the robbery, he fled the bank in an unknown direction. It is unknown how much money he got away with.