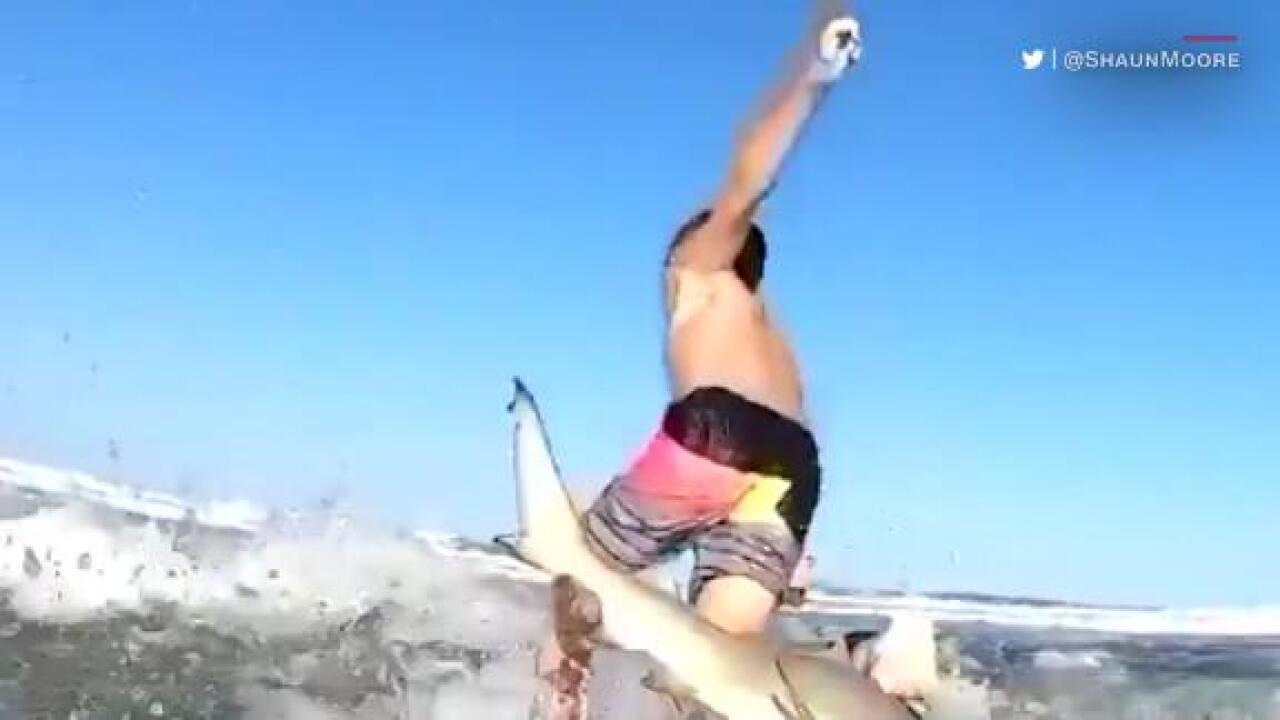 Every surfer has wiped out. But how many can say a shark knocked them off their board?

Chandler Moore, 7, of Orlando, Florida, and his family went to New Smyrna Beach on Saturday for some post-Thanksgiving fun. His dad, Shaun Moore, told CNN it was a “picture perfect” day for surfing.

“It was almost 80 degrees, sunny and the waves were good,” Shaun Moore, 40, said. “The beach was crowded and there were a ton of surfers out.”

The father and son went into the water with their boards. Moore said Chandler has been surfing since he was 4.

They spotted a wave to ride. Moore said he gave Chandler a push on the board. As Chandler stood and steadied himself on the board, he was knocked down by … something.

“I was just surfing and then I saw two fish,” Chandler told CNN. “I thought the thing that hit me was a fish.”

They replayed the footage caught by the GoPro camera attached to Chandler’s surfboard.

A screen grab from the video show what appears to be a small blacktip shark, Shaun Moore said.

Blacktip sharks are very common in New Smyrna Beach, so common that experts call the area the shark attack capitol of the world. The International Shark Attack File estimates that anyone who has been swimming there has been within 10 feet of a shark.

Chandler wasn’t injured or bitten during his shark encounter. He showed off the video to classmates in his second grade class.

“They were all talking to me like, ‘Oh, my gosh, is that’s a real shark?'” Chandler said. “They had a million questions.”