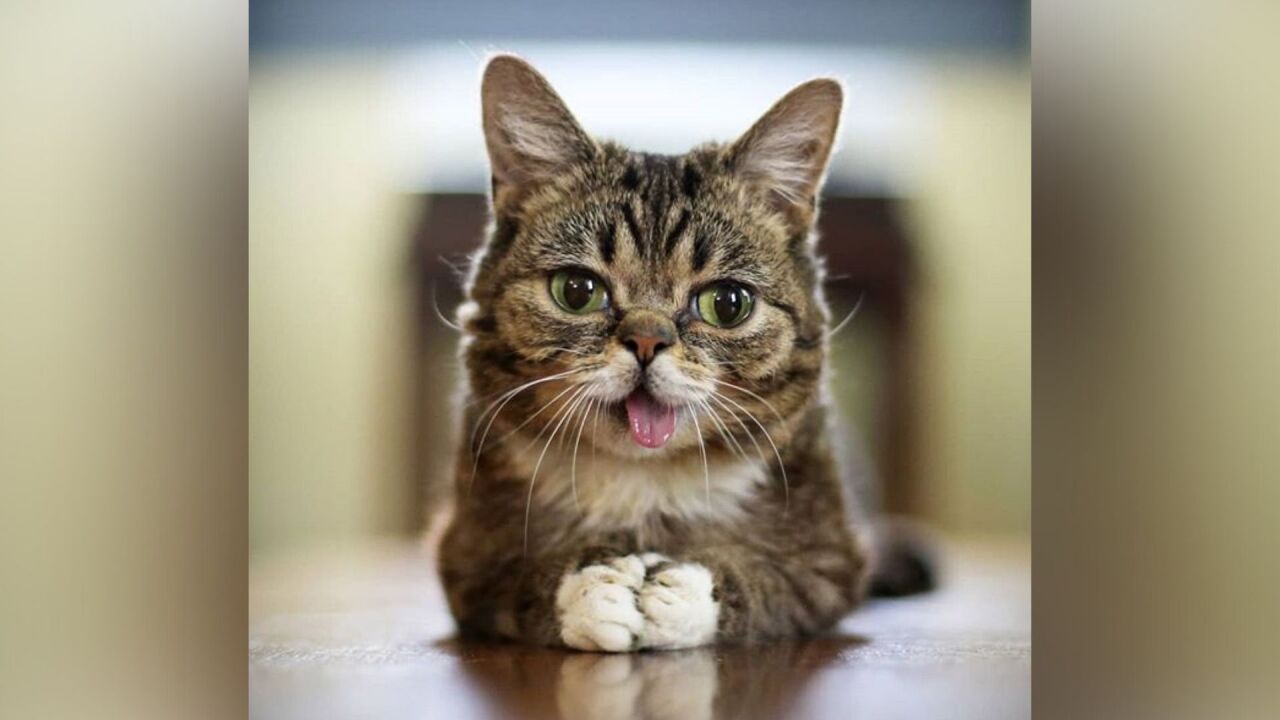 The cat with the little tongue that stole the hearts of the internet has died at age 8.

Lil Bub came into the world in June 2011 and died on Sunday peacefully in her sleep. The news was announced to BUB’s 2.3 million followers on her official Instagram page.

“Dearest BUB, I will never forget your generosity, your limitless supply of love, or your uncanny ability to bring so much magic and joy to the world. I am forever honored and humbled that you chose me as your caretaker. Please visit all of us in our dreams,” her “dude,” Mike Bridavsky, posted.

In announcing the cat’s death, Bridavsky published the first photo he took of Bub next their last last photo together.

Bub, one of the original internet cat sensations, rose to fame in 2012 after she appeared on the front page of Reddit. Bridavsky started a Tumblr page of her photos when he adopted her in 2011, and the rest is history.

The runt of a feral litter, Bub had a severe case of feline dwarfism and remained kitten size her whole life. She has one extra toe on all four paws and also had a rare bone condition called osteopetrosis. According to her website, BUB is the only cat known to be born with the condition.

Lil Bub did a lot in her seemingly short life. She was an author and actor, and a TV host and spokescat on Animal Planet.

Bub was a philanthropist and helped raise more than $700,000 for animals with special needs just like her.

Fans have flooded her social media with condolences and memories.

But thanks to the internet, Lil Bub’s legacy will live on.