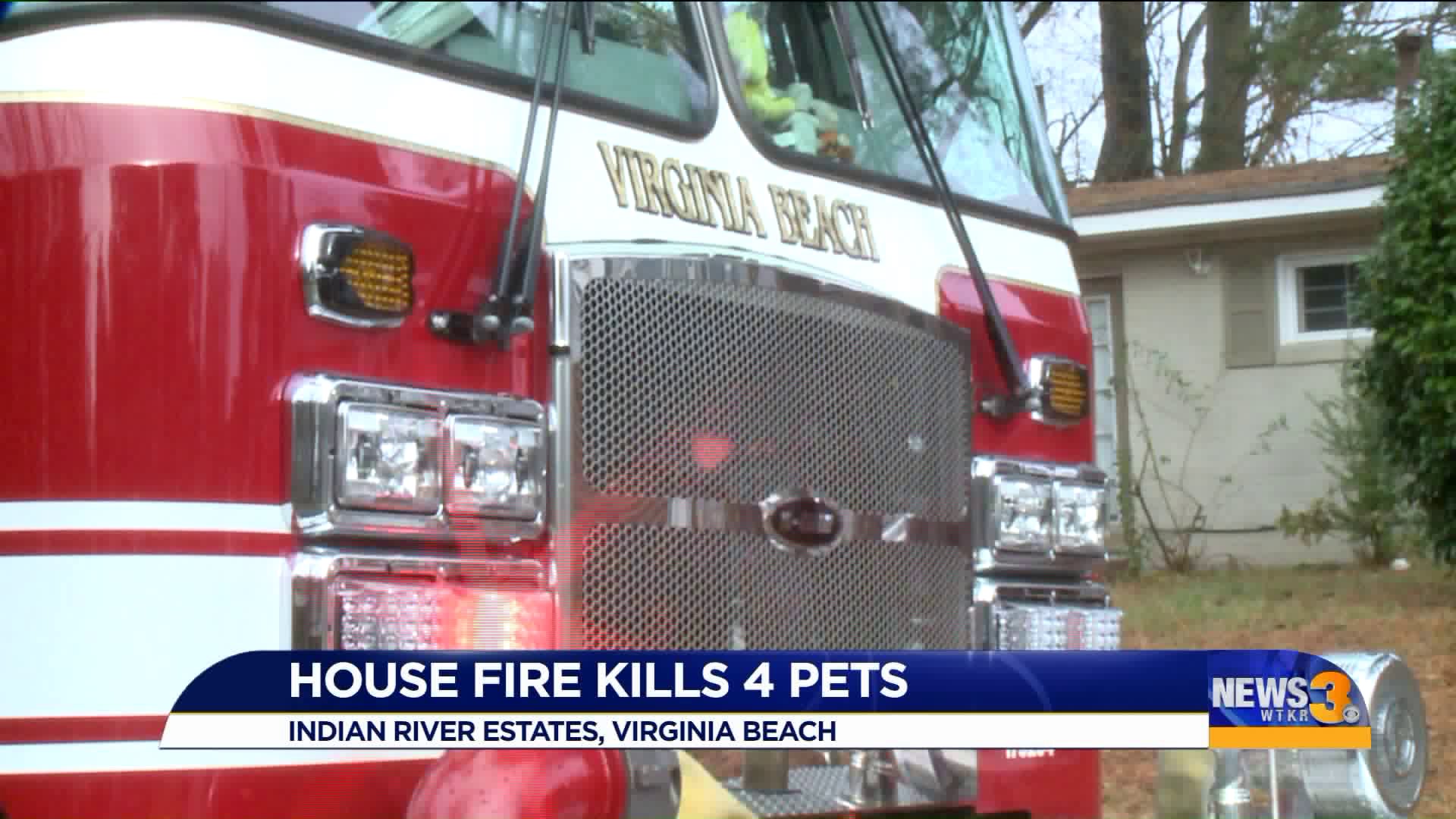 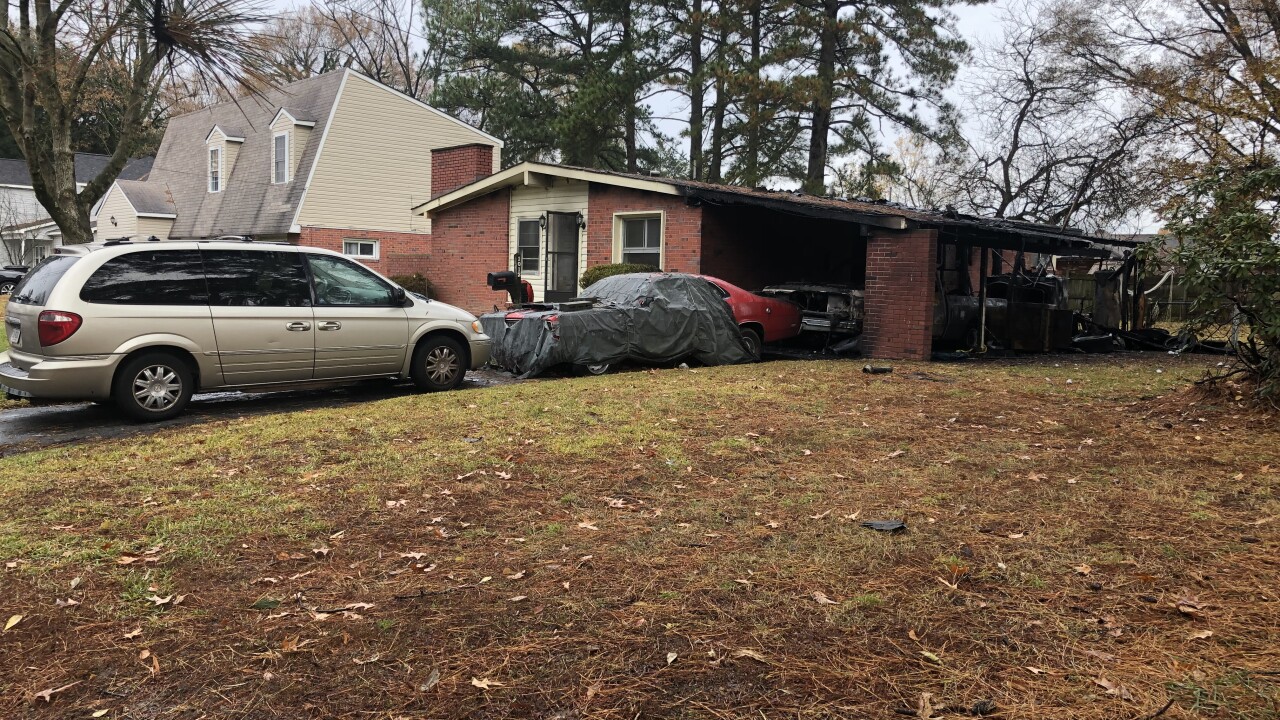 VIRGINIA BEACH, Va. - A man safely escaped a house fire early Monday morning but three birds did not make it out.

One cat was reported missing and two live snakes inside a terrarium were removed from the home by animal control.

The American Red Cross is responding to help the residents.

Officials said the fire appears to have started in the car-port section of the home but quickly extended to the roof and attic of the home. 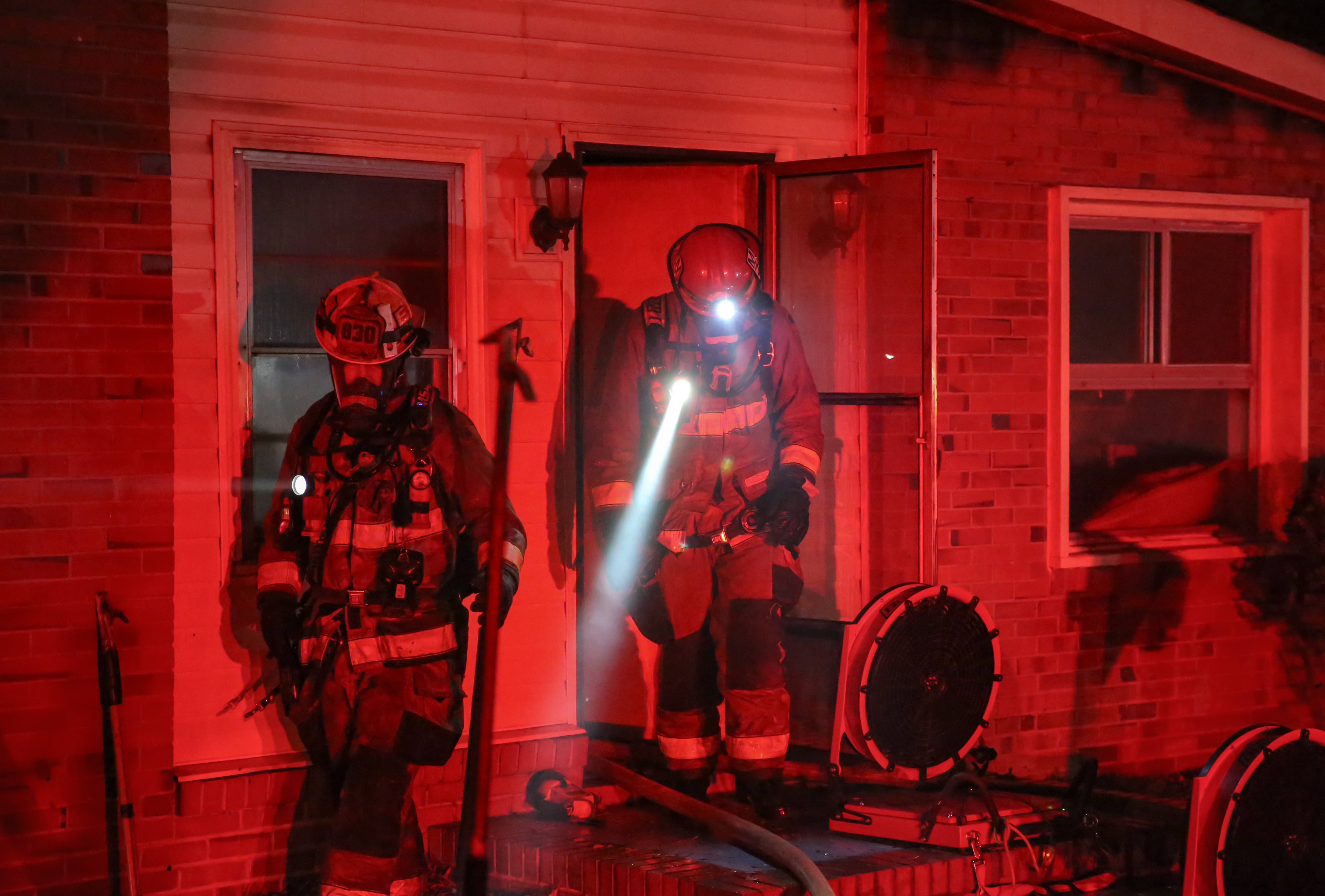