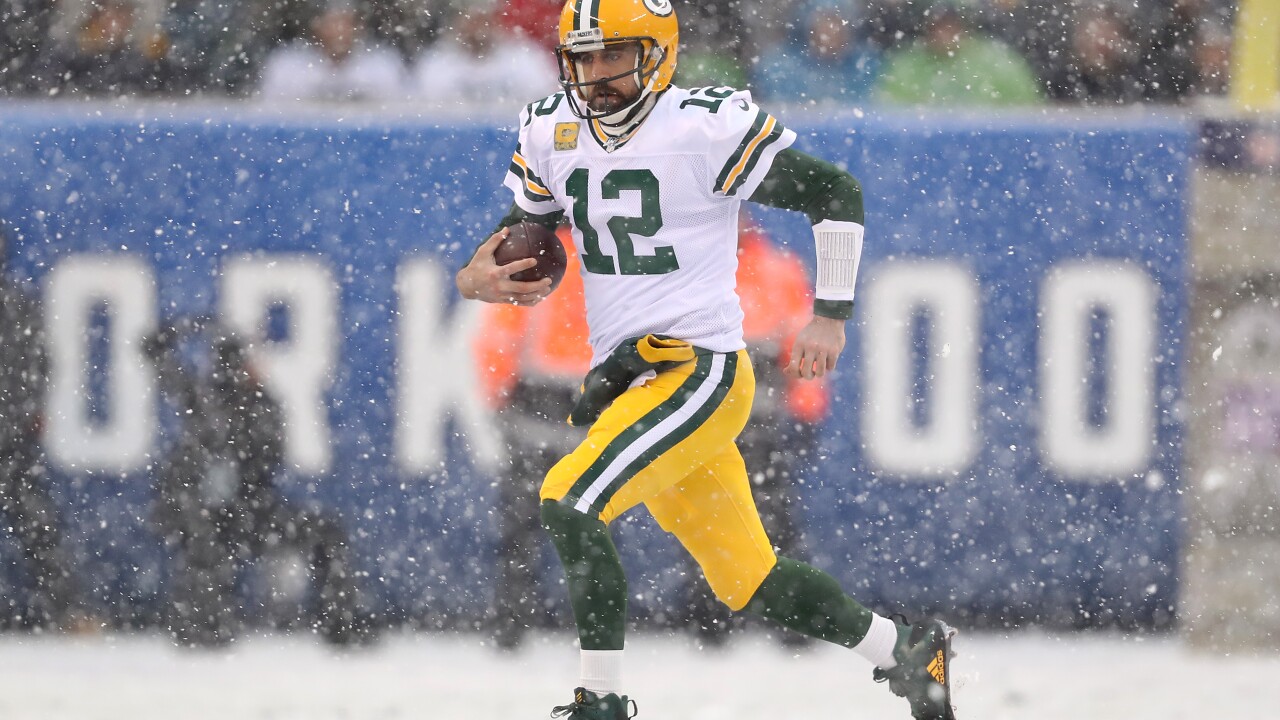 NEW YORK (NFL Communications) – Courtesy of NFL Communications, here’s a look at seven statistical highlights from games played at 1:00 p.m. and 4:00 p.m. ET on Sunday, December 1, the 13th week of the 2019 season.

Baltimore quarterback LAMAR JACKSON rushed for 101 yards and a touchdown in the Ravens’ 20-17 victory over San Francisco. Jackson has four games with at least 100 rushing yards in 2019, surpassing MICHAEL VICK (three games in both 2004 and 2006) and RUSSELL WILSON (three in 2014) for the most by a quarterback in a single season in NFL history.

Green Bay quarterback AARON RODGERS passed for four touchdowns and zero interceptions for a 125.4 passer rating in the Packers’ 31-13 win at the New York Giants.

Giants running back SAQUON BARKLEY, who appeared in his 25th career game, registered 115 scrimmage yards (83 rushing, 32 receiving) on Sunday. It marked his 17th career game with at least 100 scrimmage yards, tied with BILLY SIMS (17 games) for the fourth-most such games by a player in his first 25 career games. Only EDGERRIN JAMES (21 games), Pro Football Hall of Famer ERIC DICKERSON (19) and EZEKIEL ELLIOTT (18) had more.

Hodges, who won his first career start in Week 6, joins ED RUBBERT (1987) as the only undrafted rookie quarterbacks to win each of their first two career starts since 1970.

Tennessee running back DERRICK HENRY rushed for 149 yards and a touchdown in the Titans’ 31-17 win at Indianapolis.

Henry, who rushed for 188 yards and two touchdowns in Week 10 and had 159 rushing yards with two rushing touchdowns in Week 12, is the fifth player in NFL history to record at least 145 rushing yards and a rushing touchdown in three consecutive games, joining Pro Football Hall of Famers JIM BROWN (1958), ERIC DICKERSON (1984) and O.J. SIMPSON (1976), as well as ADRIAN PETERSON (2012).

Carolina running back CHRISTIAN MCCAFFREY registered seven receptions and 102 scrimmage yards (58 receiving, 44 rushing) in the Panthers’ Week 13 loss against Washington. He has 75 receptions through 12 games in the 2019 season.

McCaffrey has recorded at least 75 catches in each of his first three NFL seasons and is the fifth running back in NFL history with at least three career seasons of at least 75 receptions, joining LE’VEON BELL (three seasons), LARRY CENTERS (five), ROGER CRAIG (three) and Pro Football Hall of Famer MARSHALL FAULK (five).

With three defensive touchdowns, Week 13 marks the third week since 1990 in which three rookies each recorded a defensive touchdown, joining Week 17 of the 2004 season (ROBERT GEATHERS, DEANGELO HALL and JONATHAN VILMA) and Week 6 of the 1999 season (Pro Football Hall of Famer CHAMP BAILEY, ANDY KATZENMOYER and DONALD MITCHELL).

Sanders, with his first career touchdown catch, is the first kicker with a receiving touchdown since JIM TURNER (October 16, 1977).

Eagles tight end ZACH ERTZ registered three receptions on Sunday. He has 70 receptions in 2019, his fifth career season with at least 70 catches, tied with Pro Football Hall of Famer SHANNON SHARPE (five) for the fourth-most such seasons by a tight end in NFL history.

Other notable performances from Sunday include:

Los Angeles Rams quarterback JARED GOFF passed for 424 yards with two touchdowns and zero interceptions for a 118.0 passer rating in the team’s 34-7 win at Arizona.

Goff, in his fourth NFL season, has passed for at least 400 yards and two touchdowns in four career games, tied with DAK PRESCOTT (four) for the second-most such games in a player’s first four seasons in NFL history. Only Pro Football Hall of Famer DAN MARINO (seven) had more.