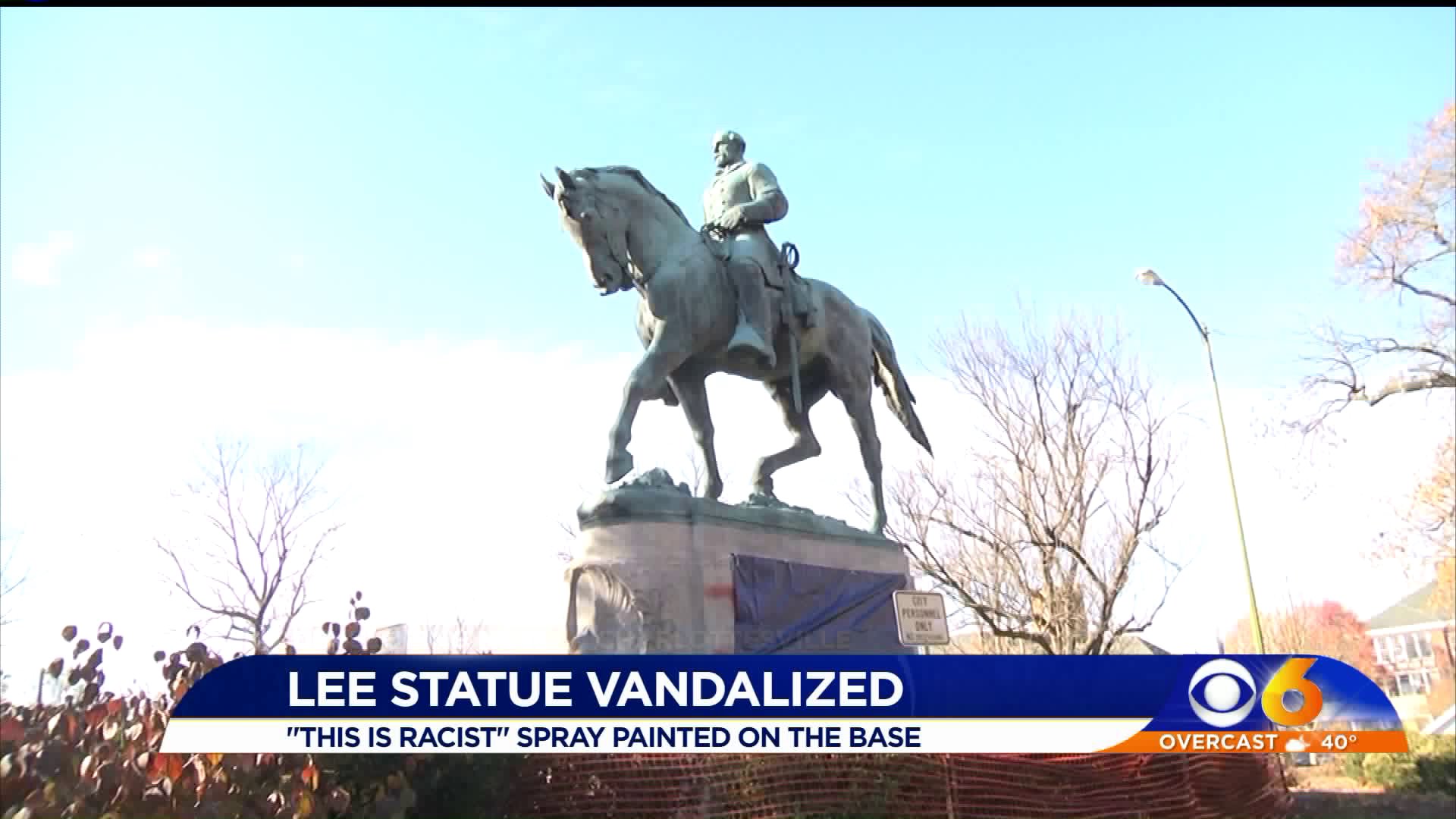 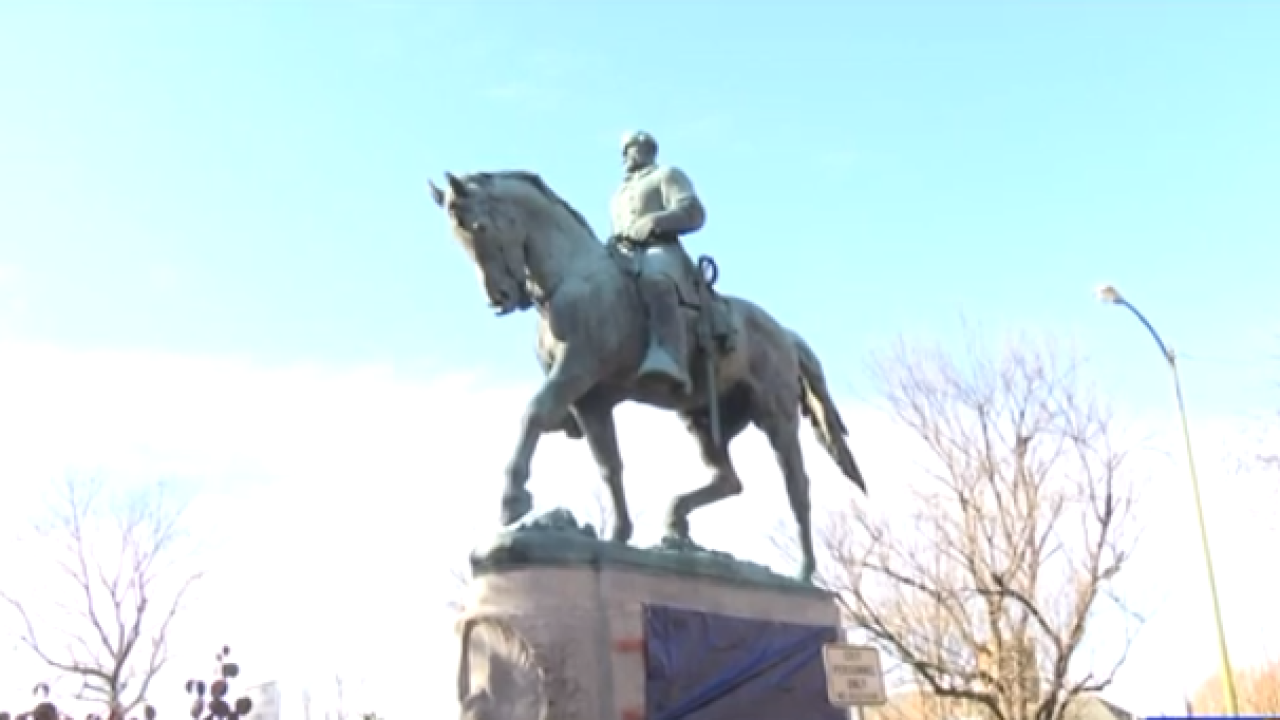 The statue to the Confederate general was spray-painted with the words "Impeach Trump" and "This is Racist" at some point Thursday night, according to police.

Workers covered the graffiti with tarps until the paint can be removed Monday, officials said.

Police think the same person may also be responsible for tagging another Confederate monument.

Anyone with information that could help investigators is asked to cal Crime Stoppers at 434-977-4000.