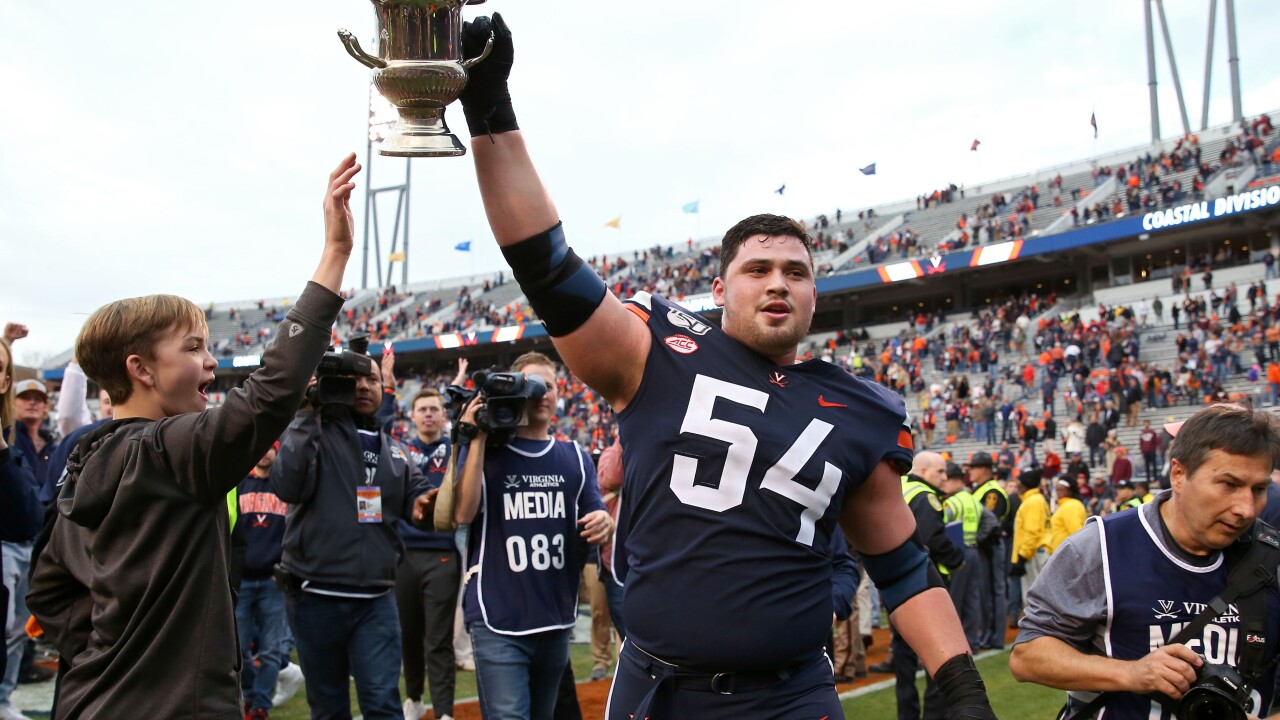 CHARLOTTESVILLE, Va. – On the day after Thanksgiving, when leftovers are popular, both Virginia Tech and Virginia enjoyed a healthy dose of seconds. The two teams combine for six touchdowns in the second half of a thrilling Commonwealth Cup.

However, it’s the Hokies who are going home with a stomach ache after Virginia beats Virginia Tech 39-30 to snap a 15-year losing streak vs. its arch rival. The victory gives UVA its first ACC Coastal division title. The Wahoos will face Clemson in next Saturday’s ACC title game.

Brian Delaney’s 48-yard field goal with 1:23 on the clock to break a 30-30 tie was the difference in the game. The victory was sealed when Tech’s Hendon Hooker was sacked by Mandy Alonso in the end zone. UVA’s Eli Hanback recovered the fumble for a Cavaliers touchdown with 1:01 left in the fourth quarter.

Virginia led 13-6 at the half after keeping Tech out of the end zone for the entire first half.

MADNESS. Fans storm the field as UVA beats Virginia Tech for the first time since 2003 and claims the ACC Coastal titlehttps://t.co/6C8EjvKmzZ pic.twitter.com/40JaKWDknP