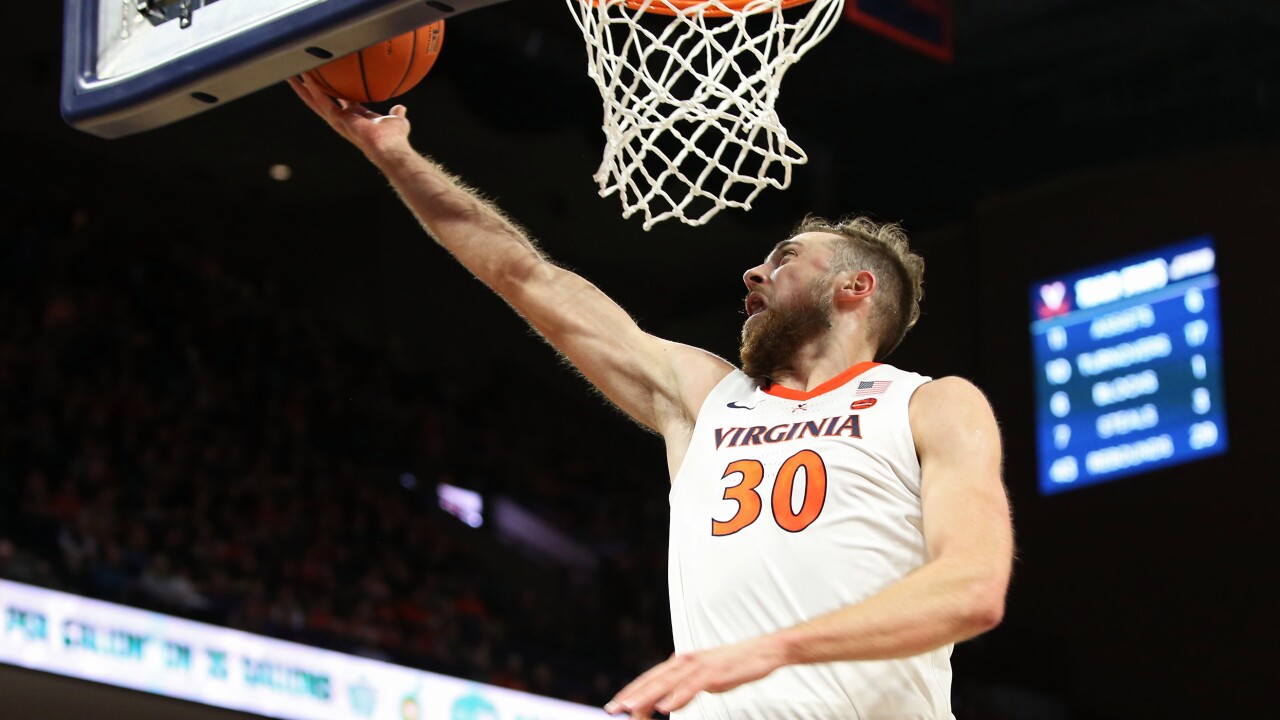 CHARLOTTESVILLE, VA – NOVEMBER 10: Jay Huff #30 of the Virginia Cavaliers shoots in the second half during a game against the James Madison Dukes at John Paul Jones Arena on November 10, 2019 in Charlottesville, Virginia. (Photo by Ryan M. Kelly/Getty Images)

The 26 points for Maine tied the fewest allowed by UVA in the shot clock era (since 1986).

The Cavaliers shot 38.6 percent from the field, while holding the Maine to an 18.6 shooting percentage. UVA led in points in the paint (20-6) and forced 21 turnovers by Maine. The Black Bears had the edge in rebounds (32-27).

HOW IT HAPPENED
Huff scored the first seven points of the game for the Cavaliers. UVA opened the game on an 11-3 run. Virginia extended its lead with a 9-0 run to go ahead 24-10 with 3:01 remaining in the first half. Maine had a four-point play at the end of the half as UVA led 24-14 at the break.

Clark hit a three top begin the second half. Maine cut the lead to 27-19, but Diakite had a 3-pointer and a dunk then Clark hit another three to put Virginia ahead 35-19. UVA closed the game on an 11-3 run. The Cavaliers held the Black Bears without a basket for the final 8:41 of the game.

THE GAME BALL GOES TO
Clark matched a career-high with three three-pointers and had five assists.

UP NEXT
Virginia will travel to Purdue for the Big 10/ACC Challenge on Wednesday, Dec. 4.