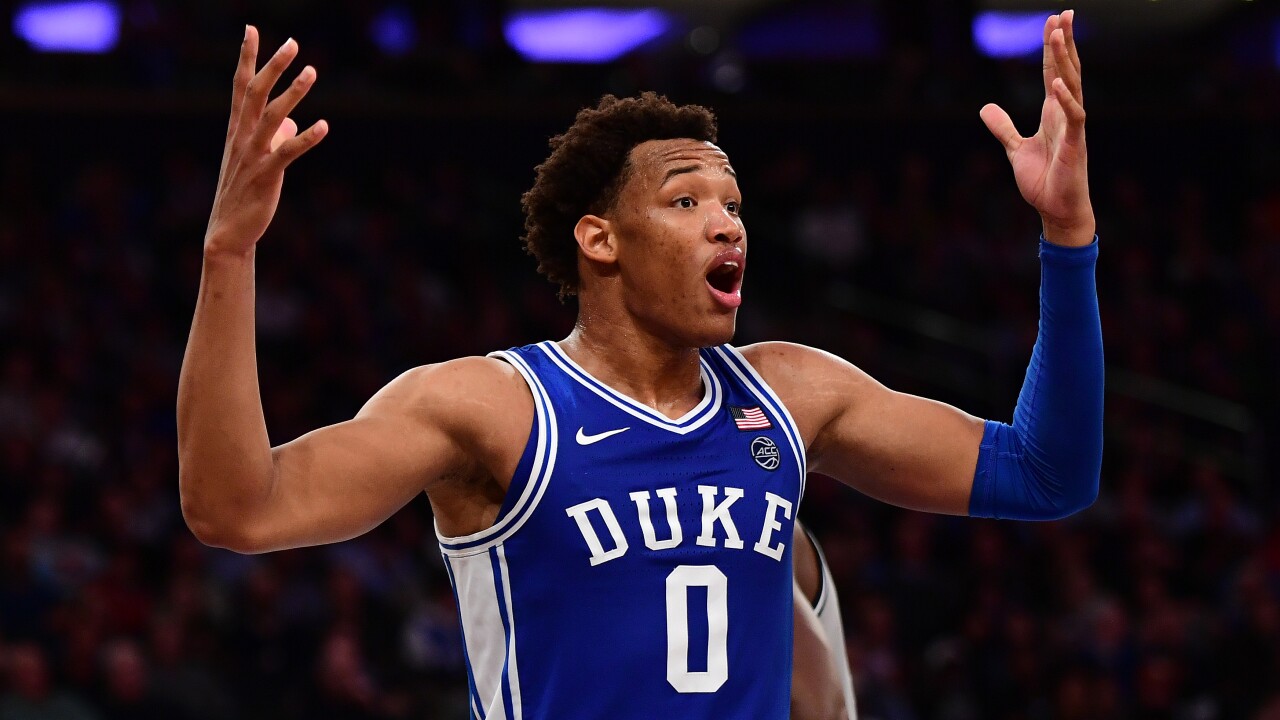 This was the first ever meeting between Duke and Stephen F. Austin in men’s basketball. The Lumberjacks improve to 5-and-1 on the season, while Duke drops to 6-and-1.

MAYHEM 😱@SFA_MBB TAKES DOWN NO. 1 DUKE ON A LAST-SECOND LAYUP pic.twitter.com/3VqVyvUbbU

This angle sustains my soul pic.twitter.com/ZEHgfAVQUB

Coach K: "They played harder than we did and were tougher. They had 64 points in the paint and forced 22 TO. They just played a lot tougher and better and deserved to win."

Tonight is the first time Duke has ever lost as the AP No. 1 team against an unranked opponent that is not currently in one of the six major conferences.@SFA_MBB #AxeEm