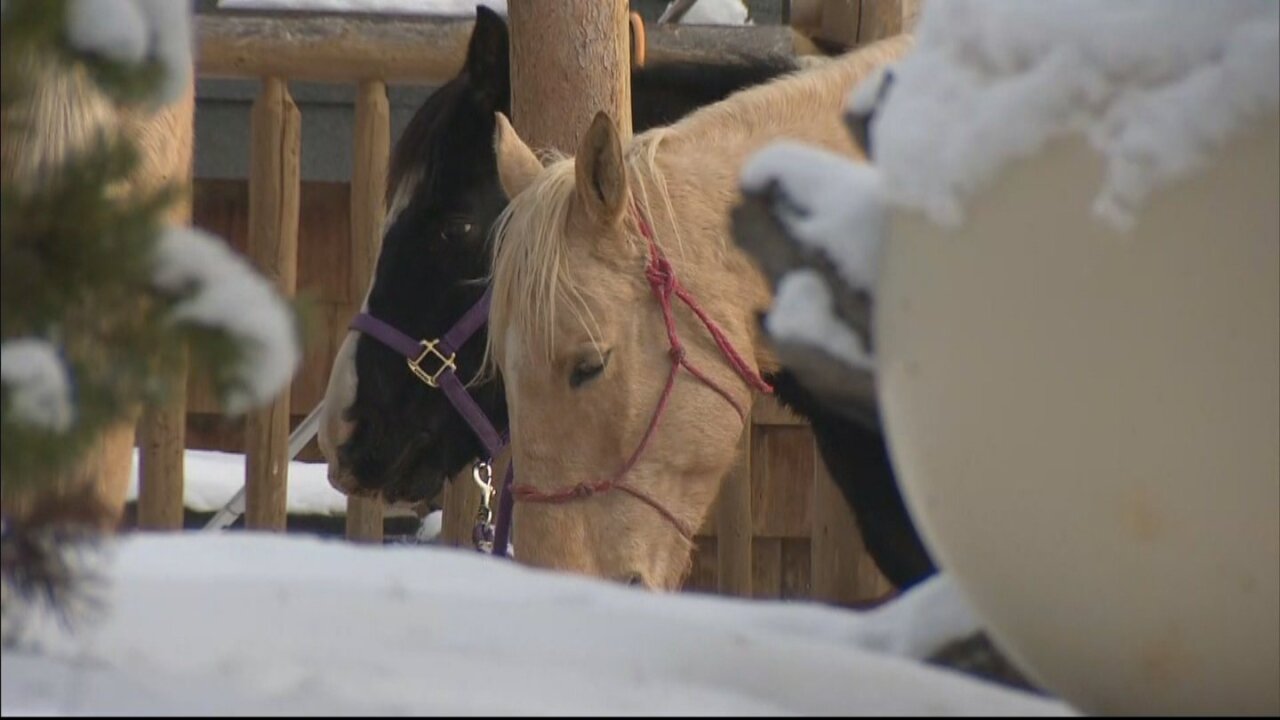 **Embargo: Denver, CO** A Colorado couple has been charged with animal cruelty after a video surfaced of their horse tied to the back of a pickup truck and dragged down a snow-covered road.

A Colorado couple has been charged with animal cruelty after a video surfaced of their horse tied to the back of a pickup truck and dragged down a snow-covered road.

The video of the horse, which CNN affiliate KCNC said is named Trigger, was posted on Facebook and drew widespread attention Sunday, sparking outrage nationwide. It shows the horse tied by its halter as the truck drives away, its hooves slipping in the snow near Grand Lake. It’s unclear who orginally posted the video.

John and Amber Saldate have both been charged with one count of animal cruelty, the Grand County District Attorney’s Office said in a statement. It said Trigger has been taken from their home and is safe.

“Cases involving kids and animals are obviously very emotional,” Grand County Sheriff Brett Schroetlin said. “We need to do our part of the investigation which sometimes takes a little bit longer than what the community is hoping.”

CNN has reached out to the couple for comment. A woman who described herself as the horse’s owner told KCNC on Monday that she understands why people are upset.

“You make one bad decision sometimes and it can destroy your life,” she said. “I’ve lost my job over this; I’ve upset a lot of people, and I made our horse go through something that he shouldn’t have. You know, I was wrong.”

The couple are scheduled to appear in court in late January.