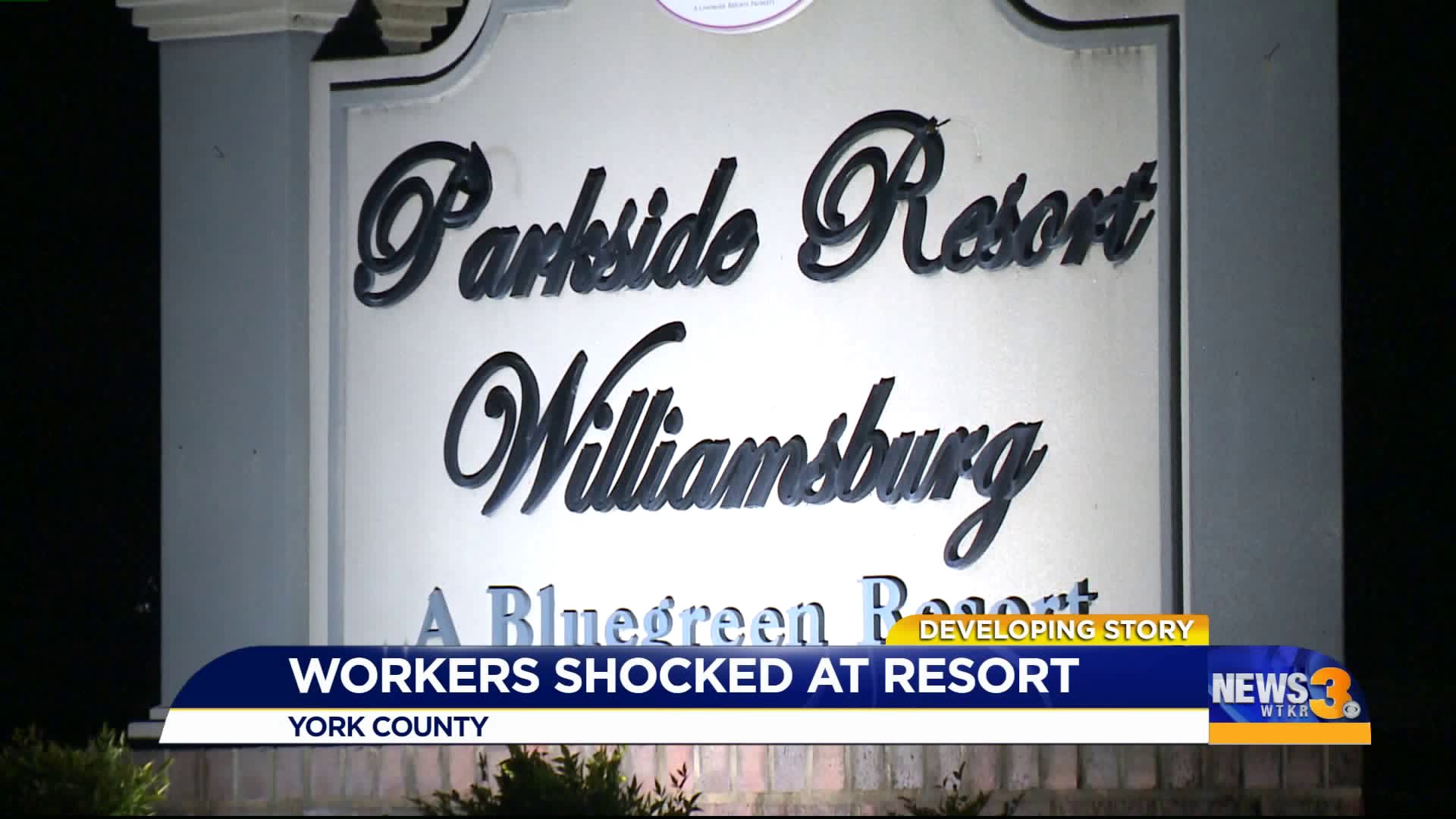 According to a release by the department, the call came in at 1:30 p.m. for the incident. Crews responded to Parkside Williamsburg Resort located in the 100 block of Parkside Drive, where they found four patients with various degrees of injuries after an electric shock.

Firefighters said the incident was caused by a ladder that contacted overhead power lines, resulting in severe injuries to the four victims, who were identified as workers with a third-party contractor.

Two patients were taken to the hospital by ambulance. Two more were airlifted -- one to Sentara Norfolk General Hospital, the other to VCU Medical Center.

As of 4 p.m. Wednesday, at least three of the victims were listed as being in critical condition.

As this appears to be a workplace incident, according to the department, the Virginia Occupational Safety and Health Administration has been contacted.

"Our thoughts are with the injured crew members as we hope for their speedy recovery," the resort said in a statement.