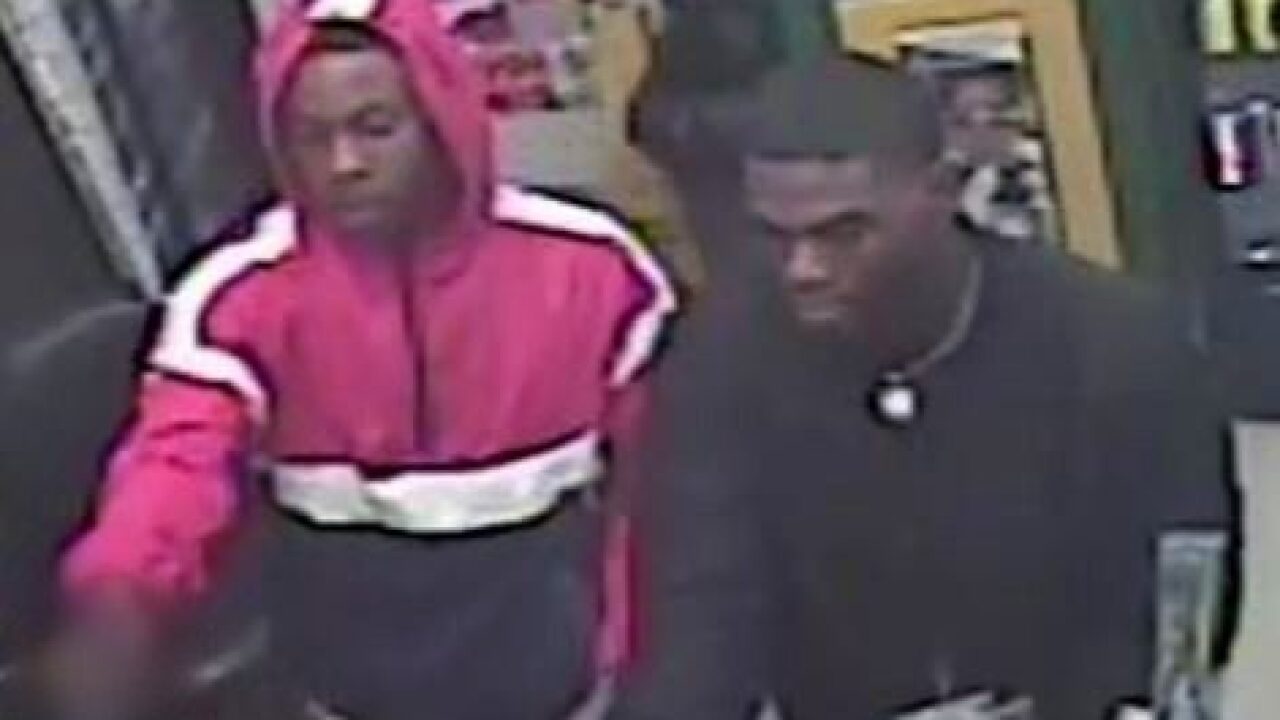 Around 6:15 a.m., dispatchers received a call in reference to a business robbery that happened at the Come & Go convenience store in the 2200 block of Kecoughtan Road.

An investigation revealed that the two suspects entered the store with guns and demanded money. After receiving an undisclosed amount of money, they fled the store on foot.

The first suspect is described as a black man who is between 18-25 years old and was last seen wearing a black jacket, black pants and black and white shoes.

The second suspect is described as a black man who is also between 18-25 years old and was last seen wearing a red, white and black jacket; blue jeans and black shoes.