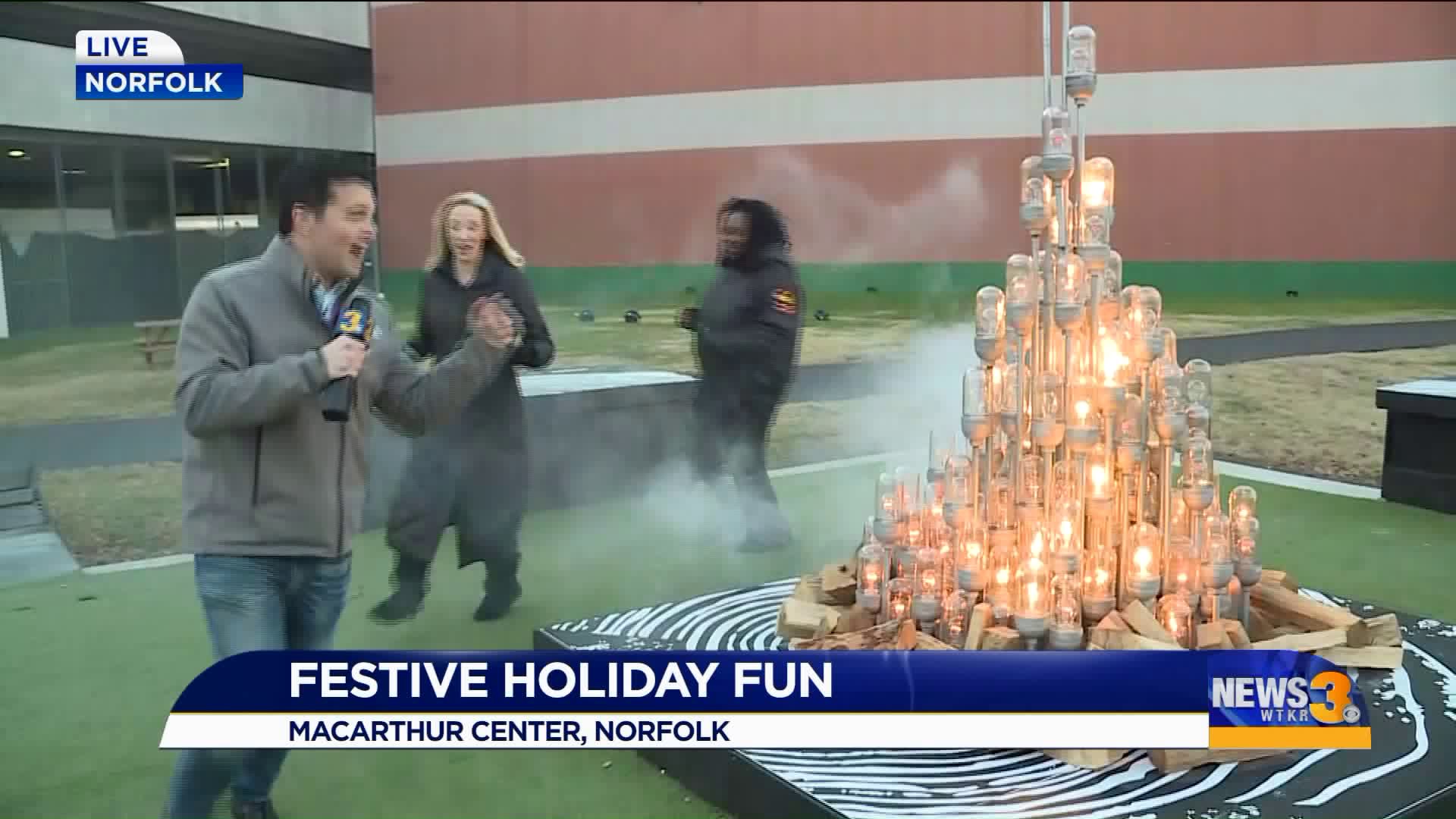 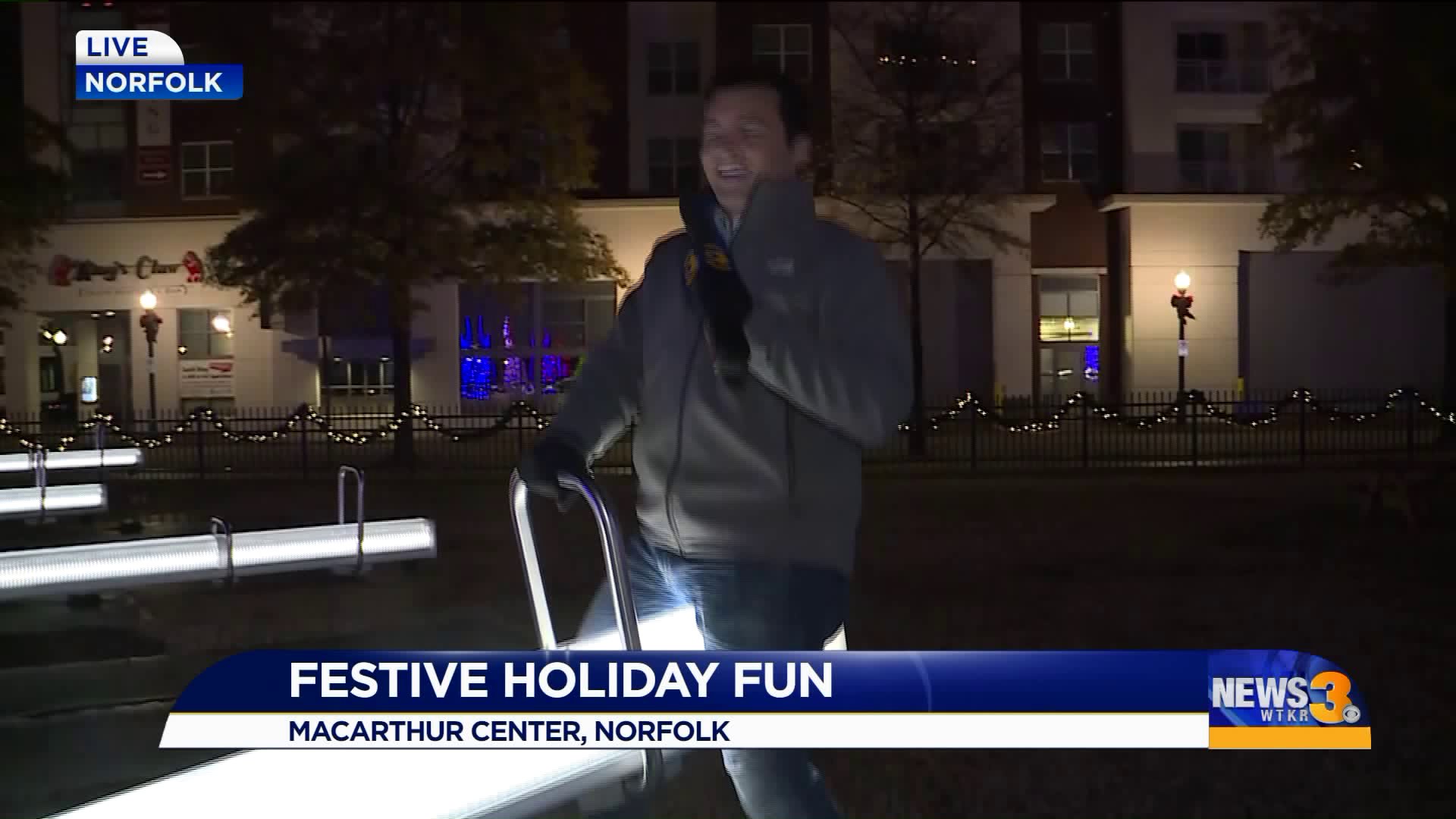 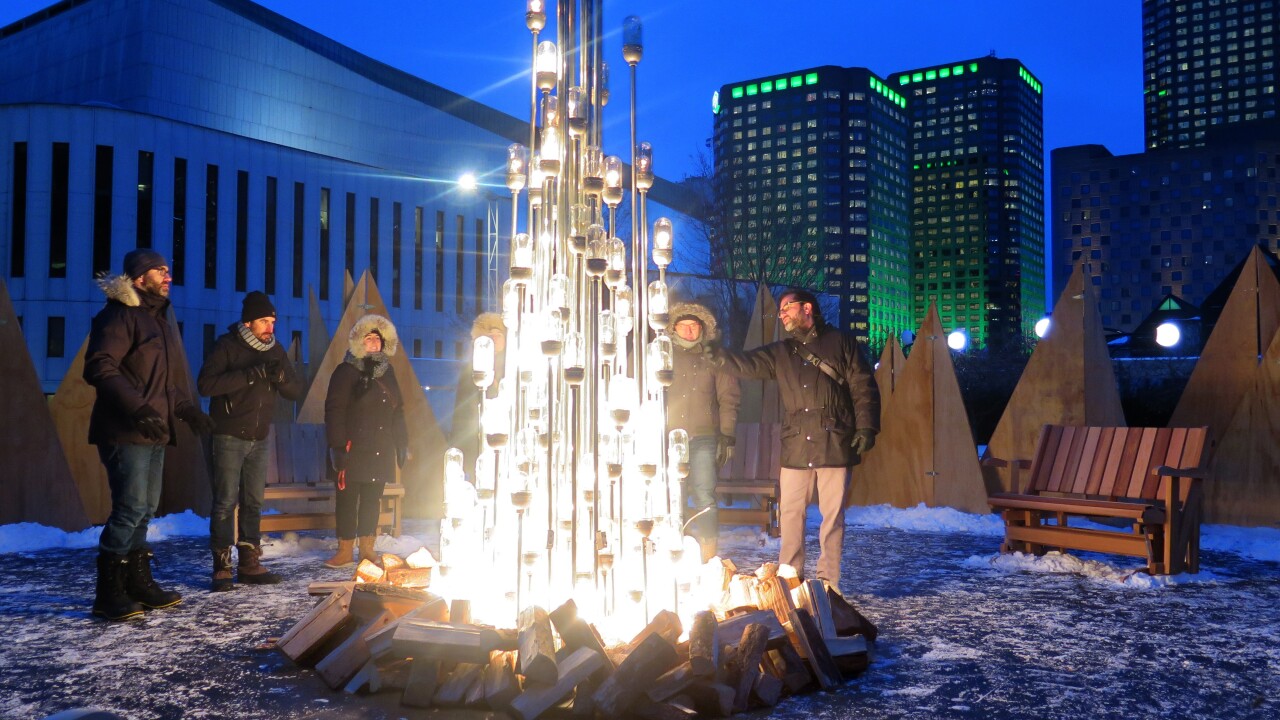 NORFOLK, Va. - The internationally-renown Island of Warmth, or Îlot de Chaleur, is the second in a series of interactive, outdoor artwork coming to Macarthur Center this year to light and warm up the winter months from November 30 to January 7.

Island of Warmth was created by French-Canadian artists Félix Dagenais and Louis-Xavier Gagnon-Lebrun, known together as the artist group ATOMIC3. The installation invites visitors to gather around a large fire, made of more than 150 incandescent light bulbs. The electrifying campfire comes to life with music that is composed by those dancing around it and also lets visitors influence the fire's sounds and movements.

You will be able to find Island of Warmth alongside Impulse, a participatory artwork featuring 12 glowing seesaws that emit light and sound when people climb aboard, which was installed on the MacArthur Center Green on November 16 in partnership with the Downtown Norfolk Council. Impulse was created by Lateral Office and CS Design in collaboration with the Quartier des Spectacles Partnership in Montreal. 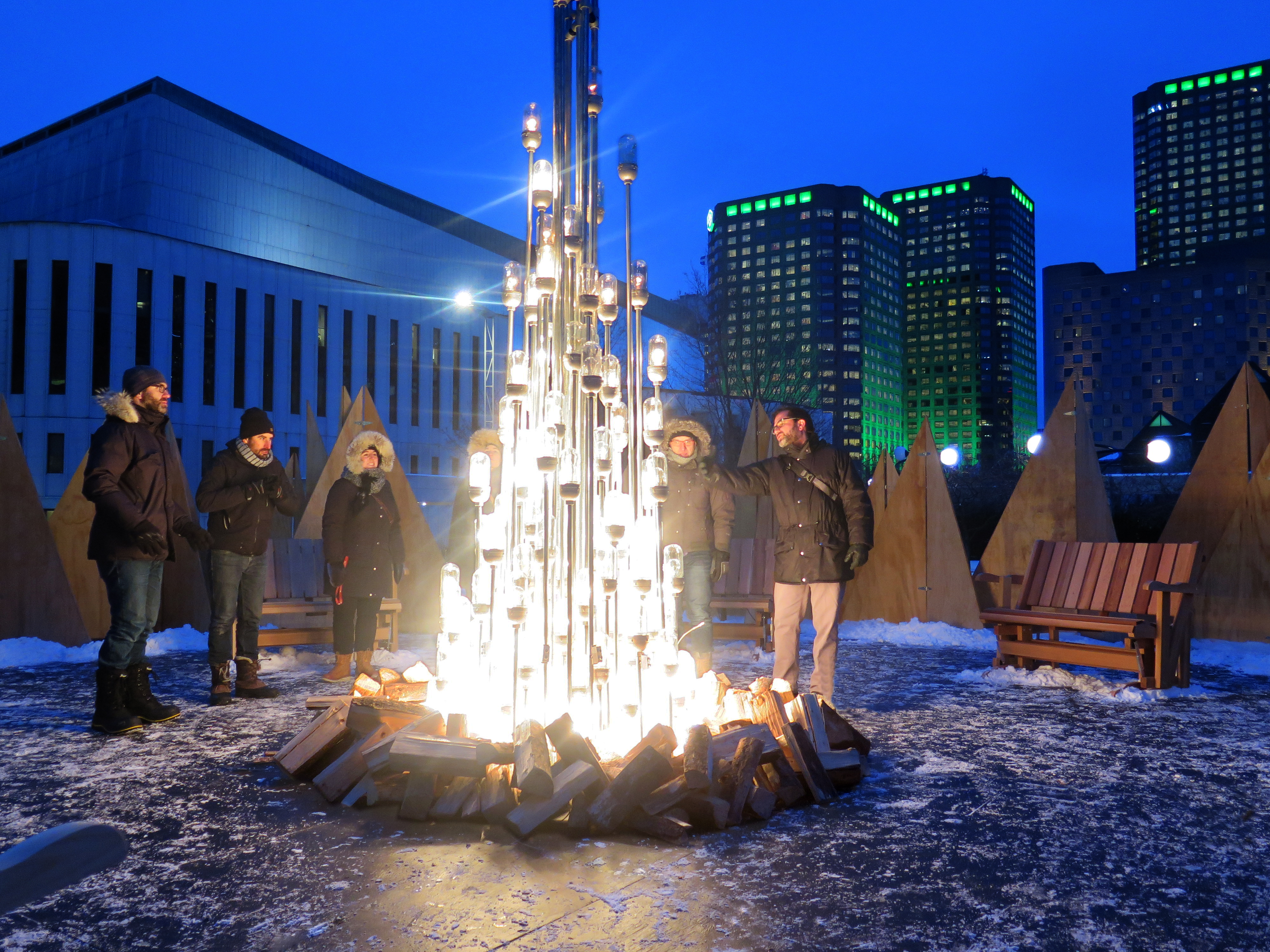 The exhibit will be open seven days a week with special hours so it can be enjoyed during the day and in the evening when the seesaws are most illuminated.

Both installations have been touring internationally and are visiting Virginia for the first time. The two exhibits are free and open to the public.

The stunning interactive works debuted in 2016 at the Place des Festivals in Montreal’s Quartier des Spectacles winter event. Island of Warmth has since travelled to Toronto, Changsha, and Detroit, making Norfolk is fifth-ever stop. Learn more about the installation and ATOMIC3 at their website.