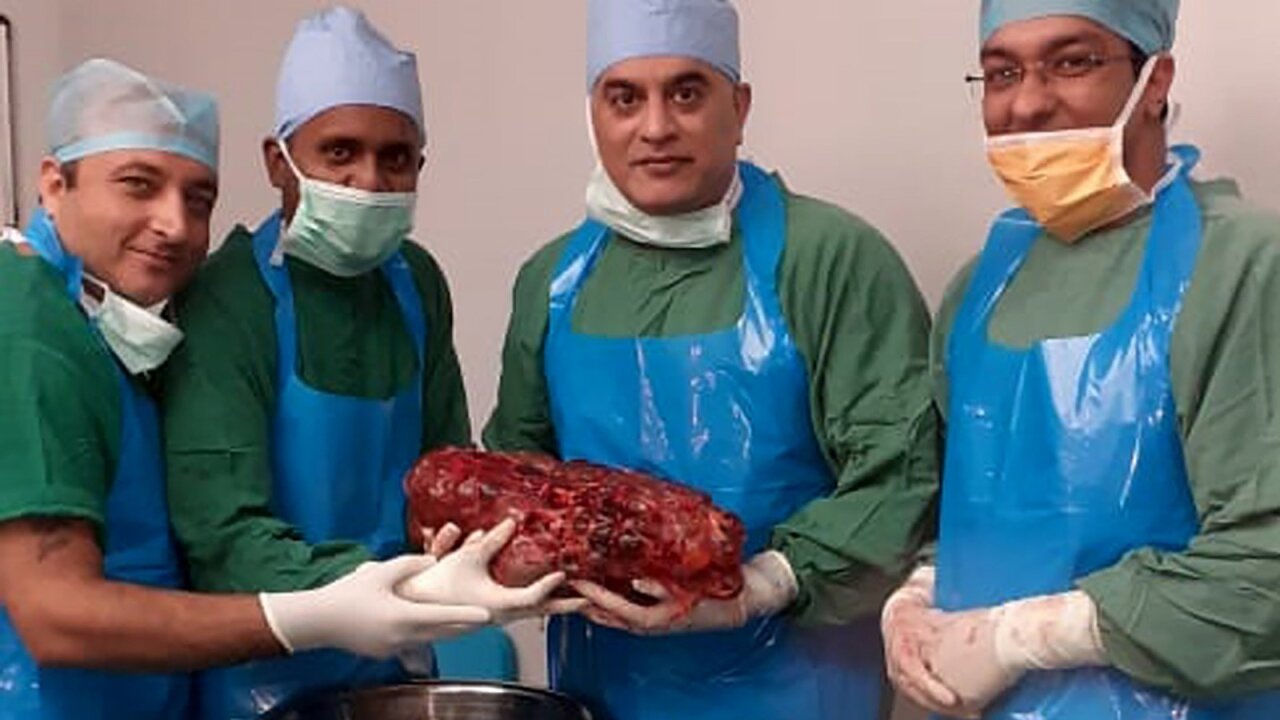 Surgeons have removed a kidney weighing 7.4 kilograms (16.3 pounds) — the equivalent size of two newborn babies — from a patient in India.

It is thought to be the heaviest kidney ever removed in the country — and the third heaviest worldwide.

A genetic condition, it causes cysts to develop in the kidneys.

The surgery, which took place at the Sir Ganga Ram Hospital in New Delhi towards the end of October, lasted about two hours, with the removal of the organ itselft taking 30 minutes.

It is not unusual for patients with ADPKD to develop large kidneys, but Dr. Sachin Kathuria, consultant of urology at the hospital and the lead surgeon for the operation, said this was the biggest he has seen.

“Based on our knowledge, this is the third heaviest that has been removed,” Kathuria told CNN.

Related: Doctors removed a tumor the size of a soccer ball from a man’s neck

The decision to operate was made after the patient complained of ongoing pain and increasing kidney failure.

“The patient was suffering from kidney failure, flank pain (and) infections that were not responding to medication because the antibiotics weren’t able to penetrate the cysts.

“The cysts were at risk of haemorrhaging, which can lead to uncontrolled bleeding. He was having trouble breathing because of the size of the kidneys pressing into other organs,” said Kathuria.

By the age of 60, 40-50% of people with ADPKD will develop kidney failure and need dialysis or a kidney transplant, according to the UK’s National Health Service.

“You don’t always to have to remove the kidneys in patients with this condition. Only if there’s an infection or bleeding from the tumors or cysts,” Kathuria said. “But in this case, the cyst had grown around the kidney and replaced it. It was occupying nearly the entire abdomen area.”

The patient has since recovered and been discharged. He is currently on dialysis and waiting for a kidney transplant.

“His other kidney is bigger but we can’t remove it as he’d be on permanent dialysis,” said Kathuria. “Considering further removal is only done if there is a kidney donor or the infections and symptoms get so bad that we have no other option.”