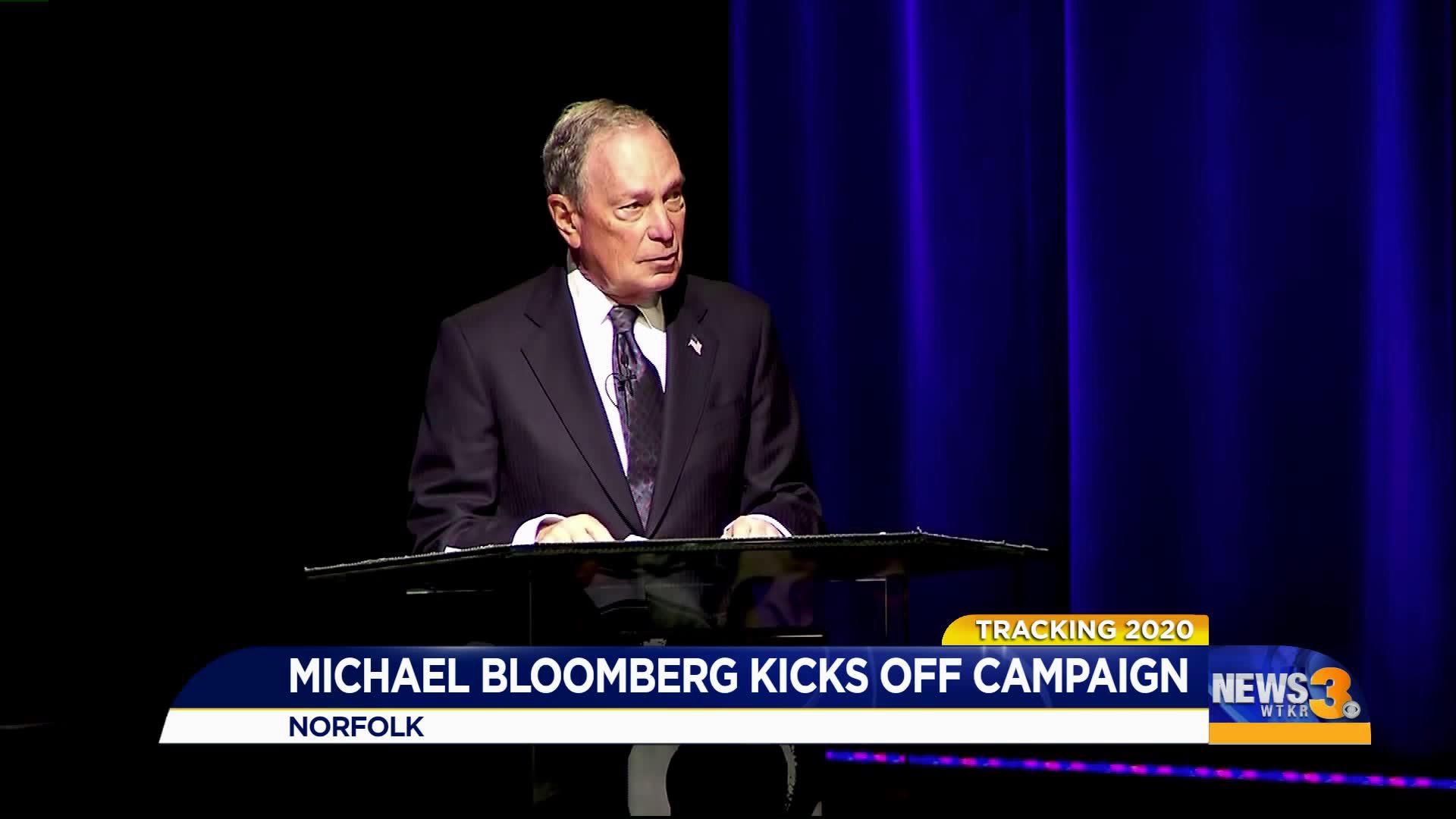 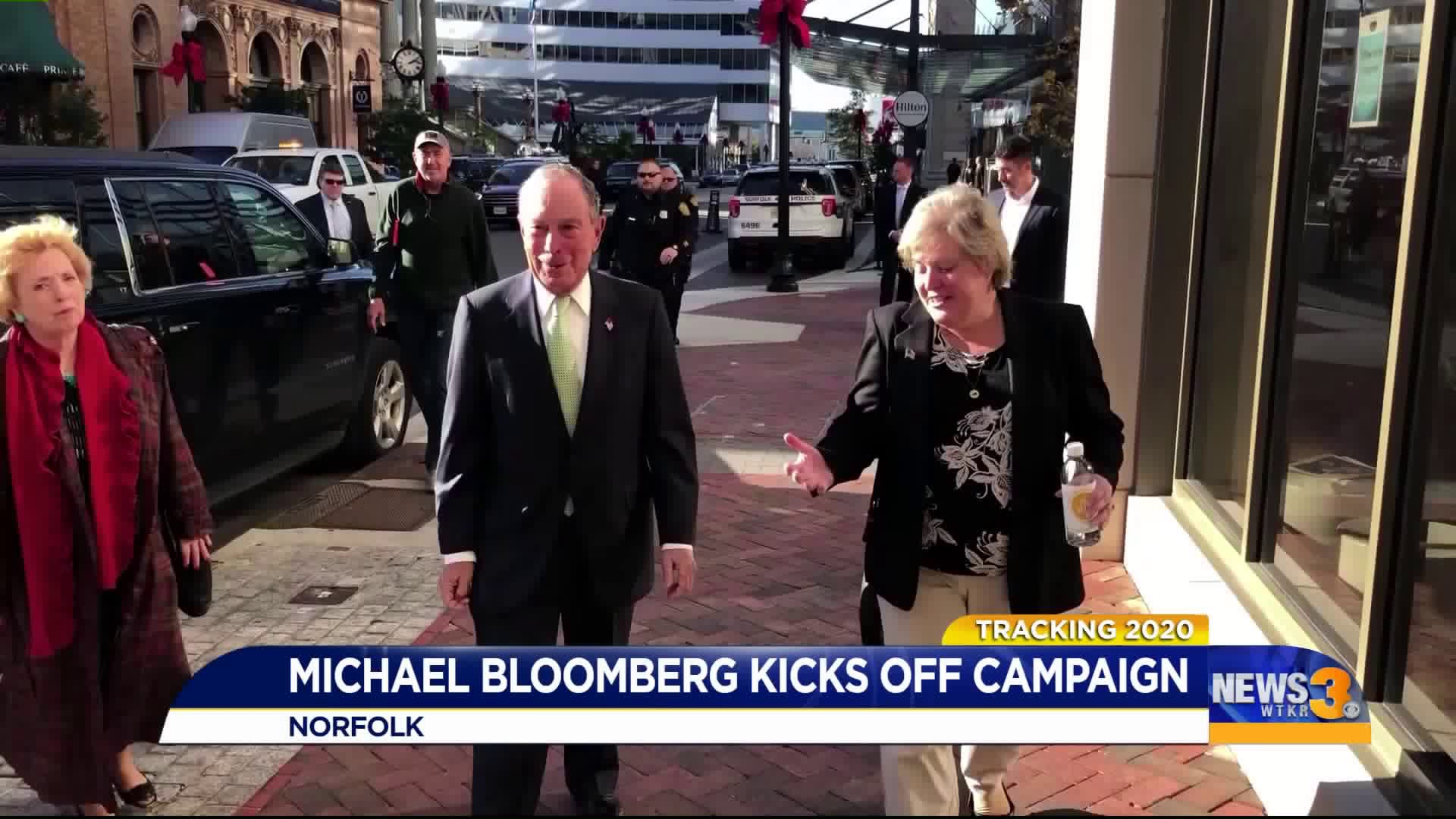 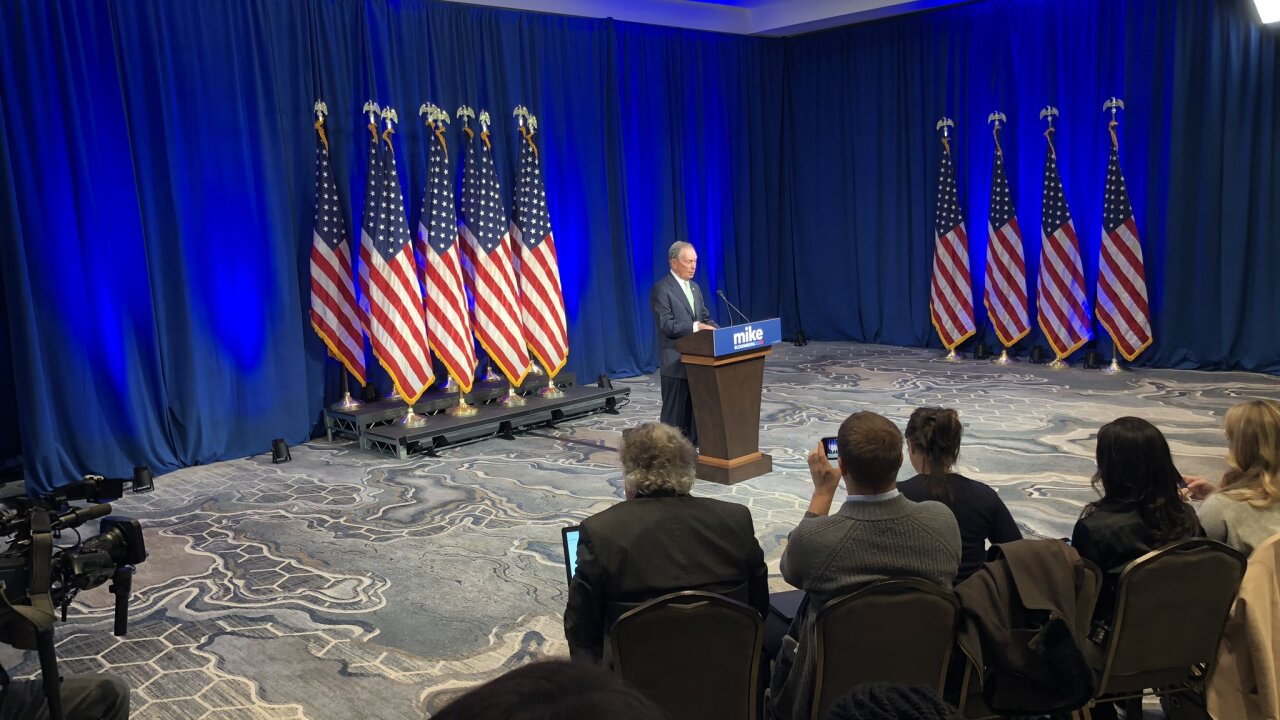 Bloomberg's trip to Norfolk comes after his presidential announcement and backing of 15 Democratic candidates in Virginia during elections earlier this November.

Bloomberg officially announced his late-entry Democratic presidential bid on Sunday, unveiling a campaign that he said will be squarely aimed at defeating President Donald Trump.

Monday, he briefly shook hands with local lawmakers and voters inside Selden Market.

Immediately after that, he got to the point of why he was running.

He said the economy is tilted against most Americans, the cost of health care is too high, and climate change is getting worse daily.

One of the major issues he said he'll focus on is a hot-button issue right now in the Commonwealth.

"Ill be making gun violence a major issue of my campaign, just as I made it a major issue of my life in government and philanthropy," Bloomberg said Monday. "I spent hundreds of millions of dollars fighting the NRA to win common-sense gun laws, and I'm not stopping now."

As for why he chose to stop in Norfolk for the official announcement, Bloomberg said southeastern Virginia proves that with the right candidate in place, areas can be turned from red to blue and that's what he wants to happen all across the country.

Bloomberg said he stopped in #Norfolk first on his campaign trail because Southeast VA has shown that the right candidate can turn areas from red to blue. https://t.co/ZVFfCE7sDj via @WTKR3 pic.twitter.com/TAqHncxb03

Bloomberg's late 2020 bid -- along with the money the billionaire can spend to fund his campaign -- injects a new level of uncertainty into the race less than three months before the first voting in the race begins. In the last several days, there was little doubt he was running.

To kick start his campaign, Bloomberg has placed at least $37 million worth of television advertising over the next two weeks, according to data from Kantar Media/CMAG.

Because of his late entry, aides to the former mayor have said he won't compete in the first four voting contests, in Iowa, New Hampshire, Nevada and South Carolina. Instead, Bloomberg is staking his chances on an unconventional strategy of building support in the states that hold primaries on March 3, also known as Super Tuesday.