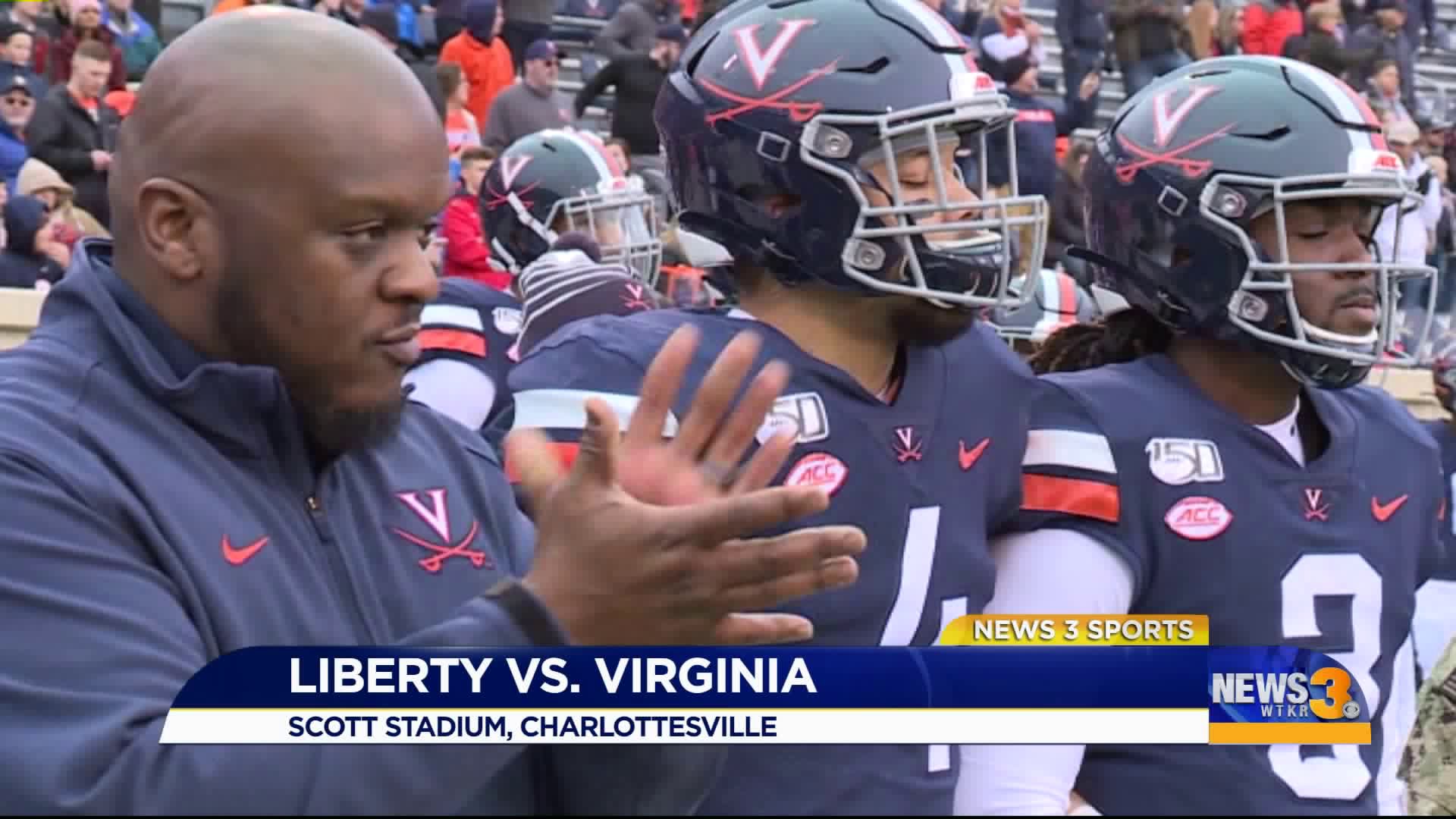 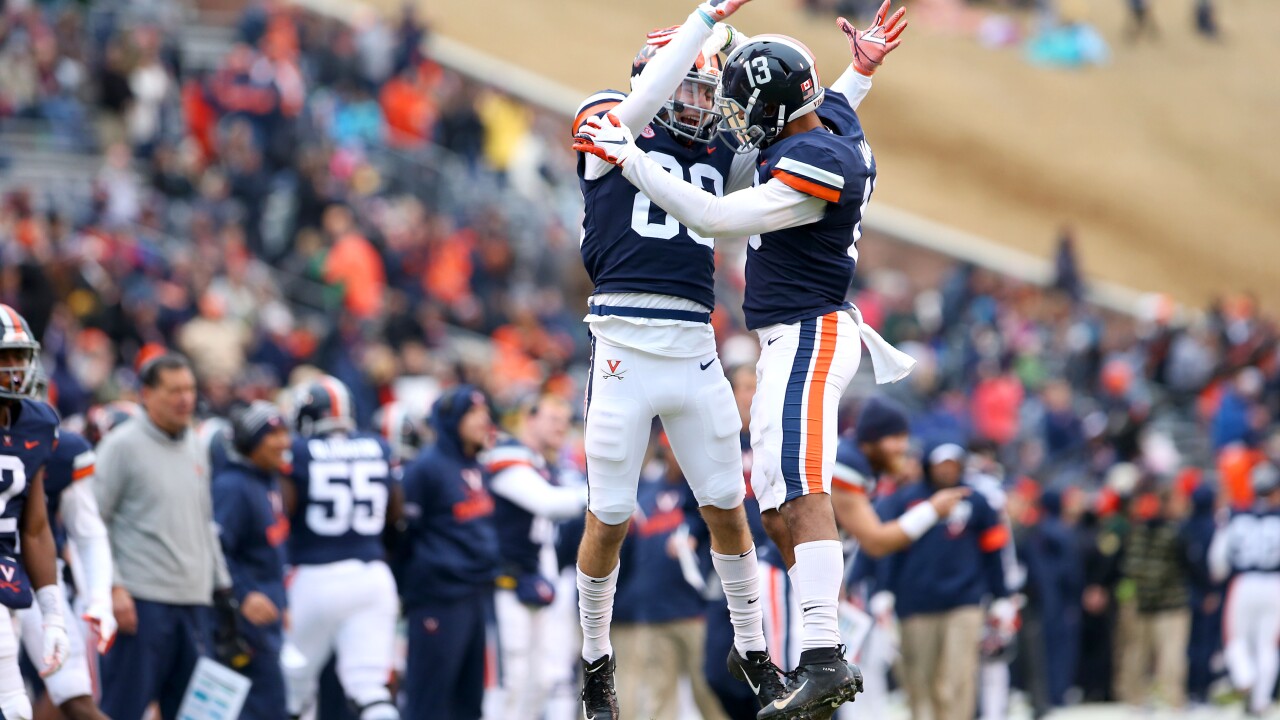 CHARLOTTESVILLE, Va. (VirginiaSports.com) – Virginia (8-3) had nearly 500 yards of total offense on its way to a 55-27 win over Liberty (6-5) on Saturday afternoon at Scott Stadium.

Seven different players scored touchdowns for the Cavaliers, who had double-digit points in each quarter of the game. QB Bryce Perkins (Queens Creek, Ariz.) threw for 199 yards with two touchdowns and rushed for a touchdown. Three players had their first career touchdowns in the game. UVA finished with four rushing touchdowns and three receiving touchdowns.

The Cavaliers had 499 total yards (272 passing, 227 rushing), while Liberty finished with 392 total yards (313 passing, 79 rushing). UVA's defense came up with two interceptions, three sacks and six tackles for loss. Virginia was 8-for-8 in the red zone.

HOW IT HAPPENED
Virginia scored first when Perkins found WR Terrell Jana (Vancouver, B.C.) for an eight-yard touchdown early in the first quarter. UVA then took a 10-0 lead after a 26-yard field goal by Brian Delaney (Chantilly, Va.). Liberty scored back-to-back touchdowns to take a 14-10 lead with 12:25 to go in the second quarter. Virginia regained the lead after Lamont Atkins (Burke, Va.) scored from three-yards out for his first career touchdown. RB Mike Hollins (Baton Rouge, La.) added a touchdown before halftime to give UVA a 24-14 lead.

After the opening drive of the third quarter stalled, UVA ran a fake punt with QB Brennan Armstrong (Shelby, Ohio) finding LB Charles Snowden (Silver Spring, Md.) for a 24-yard gain that led to a touchdown. Perkins ran one in to give UVA the 38-14 lead with 4:41 remaining in the third quarter. Liberty scored a touchdown in the third. RB PK Kier (Winchester, Va.) scored his first career touchdown and Armstrong found WR Dontayvion Wicks (Plaquemine, La.) for his first career touchdown. Virginia outscored Liberty 17-6 in the fourth quarter.

UP NEXT
Virginia closes out the regular season at home when it hosts Virginia Tech on Friday, Nov. 29 at noon at Scott Stadium.