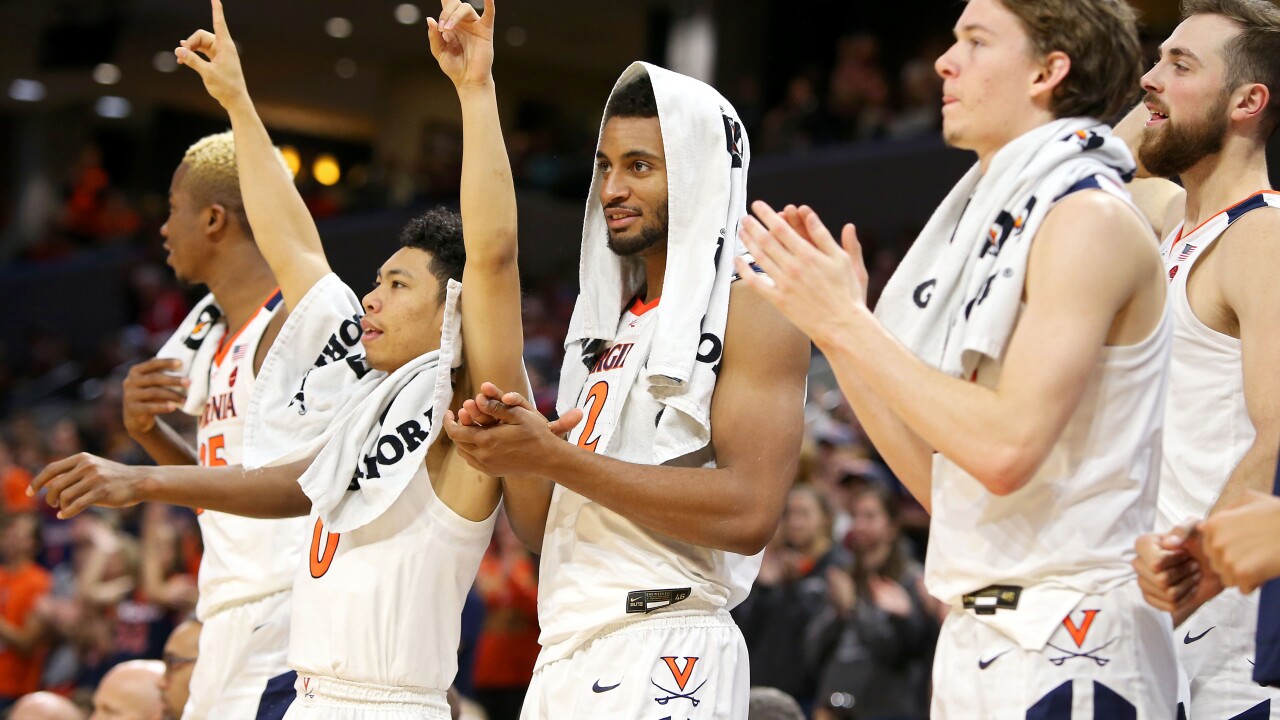 CHARLOTTESVILLE, VA – NOVEMBER 16: Kihei Clark #0 and Braxton Key #2 of the Virginia Cavaliers cheer from the bench in the second half during a game against the Columbia Lions at John Paul Jones Arena on November 16, 2019 in Charlottesville, Virginia. (Photo by Ryan M. Kelly/Getty Images)

It is the seventh straight November tournament championship for the Cavaliers. Morsell and Mamadi Diakite (Conakry, Guinea, Africa) were named to the All-Tournament Team. Diakite added 15 points against the Sun Devils.

UVA held its fifth opponent to under 50 points this season. It was the lowest score of the year for Arizona State.

HOW IT HAPPENED
Diakite hit a three to start the scoring and UVA quickly jumped out to an 8-2 advantage. A three by Chase Coleman (Norfolk, Va.) and a Morsell layup put the Cavaliers up 20-10 with 4:00 remaining in the first half. Morsell scored the last eight points for UVA in the first half. Arizona State scored five points in the final 30 seconds as UVA had a 26-21 lead at the half.

Virginia suffered a 9:43 scoring drought, while ASU went on a 19-0 run during that span of the first and second halves. UVA’s first points of the second half came off a Key layup at the 13:09 mark. The Cavaliers used a 13-4 run to retake the lead with 3:21 to go. ASU tied it up twice, but Morsell answered with a jumper and then a three-pointer to seal the victory.

THE GAME BALL GOES TO
Casey Morsell’s career-high 19 points led the Cavaliers and he scored the game-winning basket with a minute to go. He was 4-for-4 from the free throw line.

UP NEXT
UVA returns home to host Maine on Wednesday, Nov. 27 at 4 p.m. at John Paul Jones Arena.