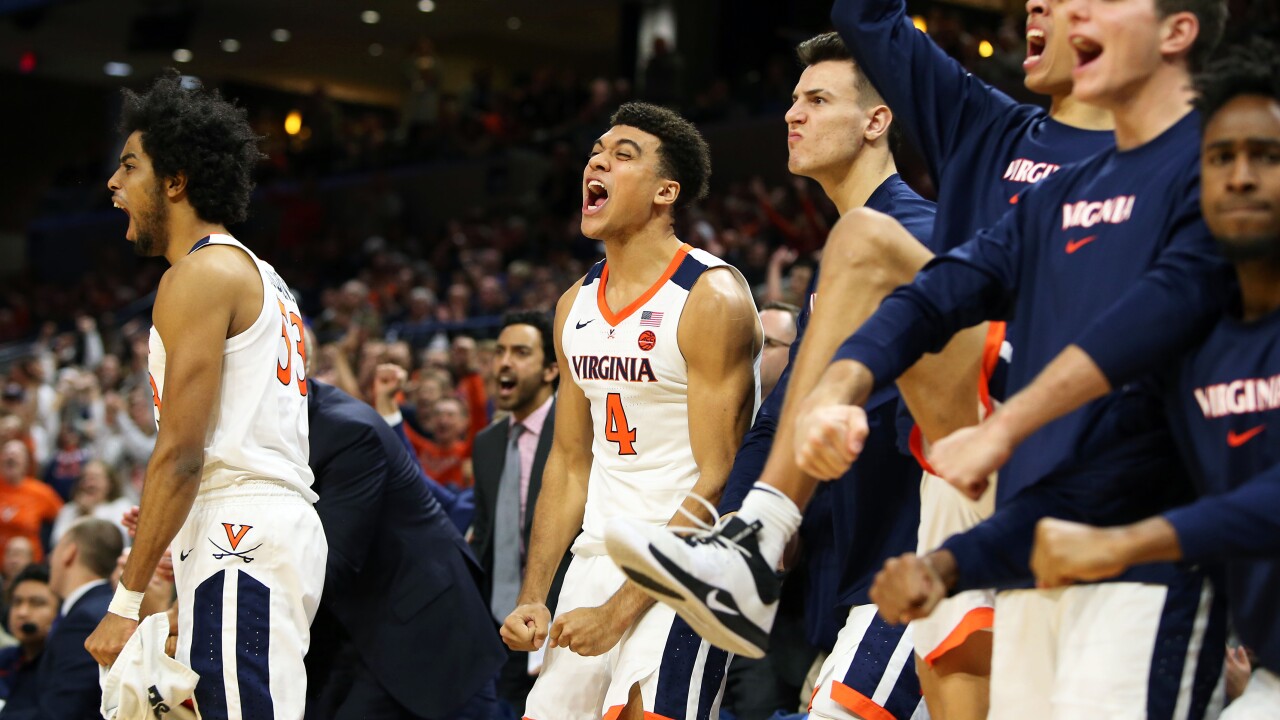 CHARLOTTESVILLE, VA – NOVEMBER 19: Justin McKoy #4 and the Virginia Cavaliers bench cheer in the second half during a game against the Vermont Catamounts at John Paul Jones Arena on November 19, 2019 in Charlottesville, Virginia. (Photo by Ryan M. Kelly/Getty Images)

CHARLOTTESVILLE, VA – NOVEMBER 19: Justin McKoy #4 and the Virginia Cavaliers bench cheer in the second half during a game against Vermont. (Photo by Ryan M. Kelly/Getty Images)

UNCASVILLE, CONN. (VirginiaSports.com) – No. 7 Virginia (5-0) led by as many as 16 and never trailed as it topped UMass (5-1), 58-46 in the Air Force Reserve Hall of Fame Tip Off Semifinal on Saturday afternoon at Mohegan Sun Arena in Uncasville, Conn.

HOW IT HAPPENED
Key scored the points of the game and have UVA’s first six points. Huff then scored four-straight baskets as the Cavaliers led 19-9 at the 9:07 mark in the first half. Virginia extended its lead to 29-13 with a 10-0 run. UMass closed the first half on an 11-0 run as UVA led 29-24 at the half.

THE GAME BALL GOES TO
Key had a game-high 16 points and started the game 3-for-3. Key added seven boards and three assists.

CHARLOTTESVILLE, VA – NOVEMBER 19: Head coach Tony Bennett of the Virginia Cavaliers reacts to a play in the second half during a game against Vermont. (Photo by Ryan M. Kelly/Getty Images)

UP NEXT
Virginia will play either Arizona State or St. John’s on Sunday at 1 p.m. in the championship game.