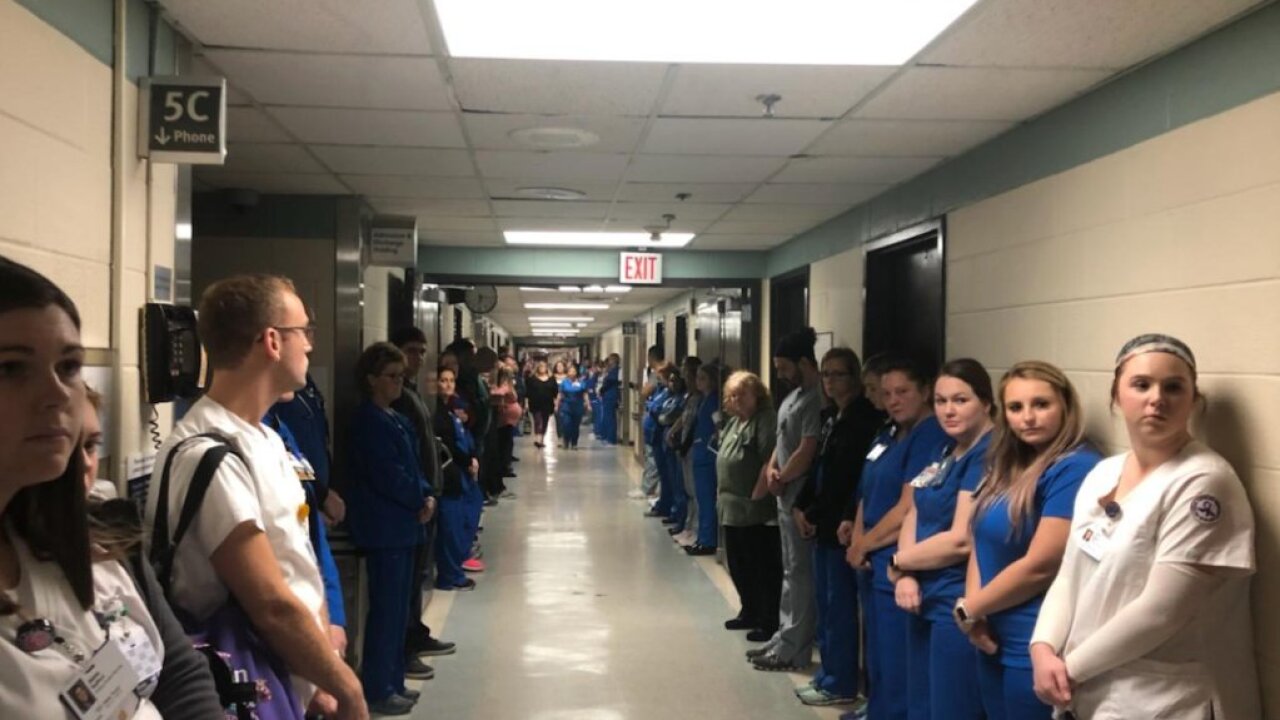 **Embargo: Greensboro-High Point-Winston Salem, NC** Family and friends said an emotional goodbye to a husband and father who was hit head-on by an accused drunk driver.

Family and friends said an emotional goodbye to a North Carolina husband and father who was hit head-on by an accused drunk driver.

Troopers say the 32-year-old was hit head-on by an accused drunk driver Tuesday on Kennedy Road in Trinity. Luther was airlifted to the hospital, but family members say he didn’t wake up.

He leaves behind a wife and a 6-month-old son, Silas.

Loved ones say he taught Sunday school and played mandolin and guitar during services.

**Embargo: Greensboro-High Point-Winston Salem, NC**
Family and friends said an emotional goodbye to a husband and father who was hit head-on by an accused drunk driver.

“He’s the best mandolin player I’ve ever seen, loves his bluegrass. Loves God, loves his family,” said Ashley Luther, his wife. “[Silas] won’t remember this, but we’ve got stories to tell him about his dad.”

The couple married six years ago. Ashley said her husband worked hard in investment accounting to support their family.

They both served as youth group leaders at the same church where Luther taught Sunday school.

“He was my best friend. And I got to marry him and I got to experience true love and what more could you ask for? I’m gonna miss him a ton,” Ashley said.

Family members tell FOX8 Luther always wanted to help others and they’re focused on the lives that will benefit from the loss.

“God is still in business, and somebody’s prayers, many people’s prayers were answered,” said Jeremy Ingold, Luther’s brother. “And it’s because of him and his choice to be that, and that just shows what he’s always been: a giving, loving, caring person.”

An online fundraiser has raised thousands for the family to help with medical expenses.

They say more charges are pending.