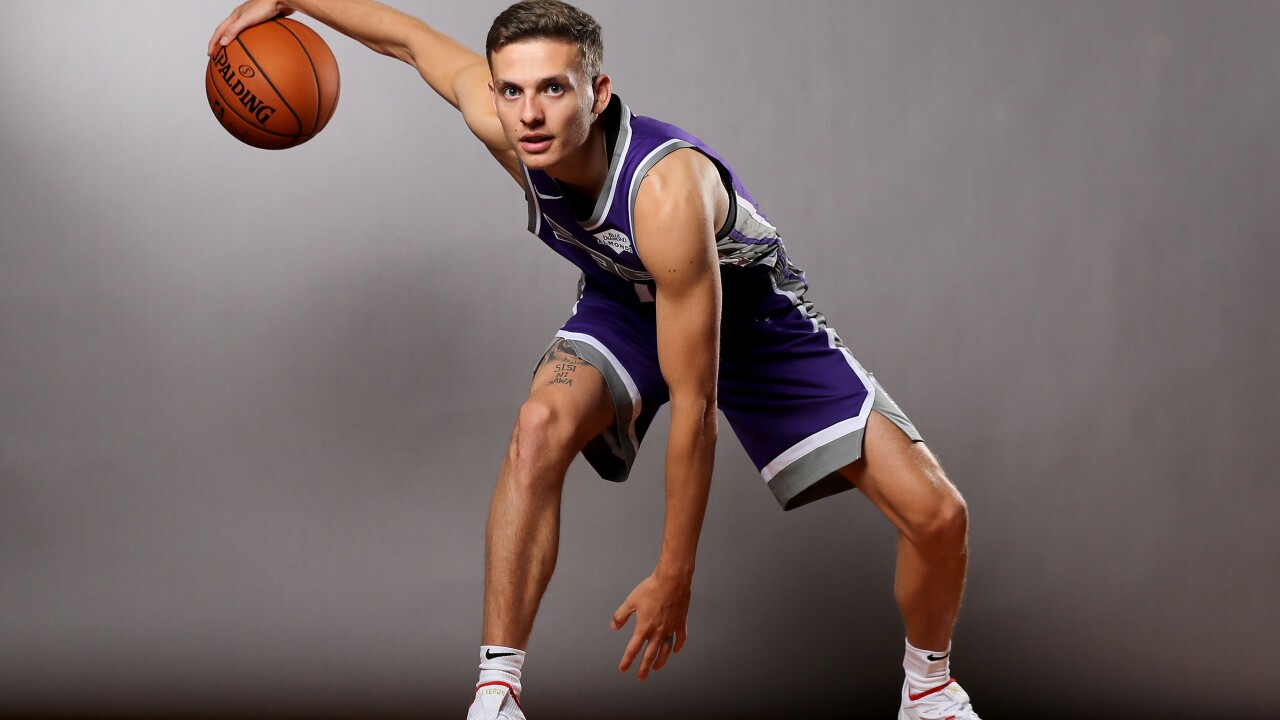 MADISON, NEW JERSEY – AUGUST 11: Kyle Guy of the Sacramento Kings poses for a portrait during the 2019 NBA Rookie Photo Shoot on August 11, 2019 at the Ferguson Recreation Center in Madison, New Jersey. (Photo by Elsa/Getty Images)

After impressing big in the NBA G League, former University of Virginia star Kyle Guy has been called up by the Sacramento Kings.

He’ll join the team for its Sunday night matchup against the Washington Wizards.

Through seven games with the Stockton Kings, he’s averaging 25.4 points, 3.9 rebounds an 5.7 assists per game.

Guy, who was named the Most Outstanding Player of the 2019 NCAA men’s Final Four following Virginia’s first-ever national championship, was the 55th overall selection in the 2019 NBA Draft.

👏👏👏Two-time All-American & Final Four MOP @kylejguy5 has been called up by the @SacramentoKings! KG will be in uniform tomorrow night at @Wizards. 🔶⚔️🔷#GoHoos #NBAHoos pic.twitter.com/Fssr6OQUSE