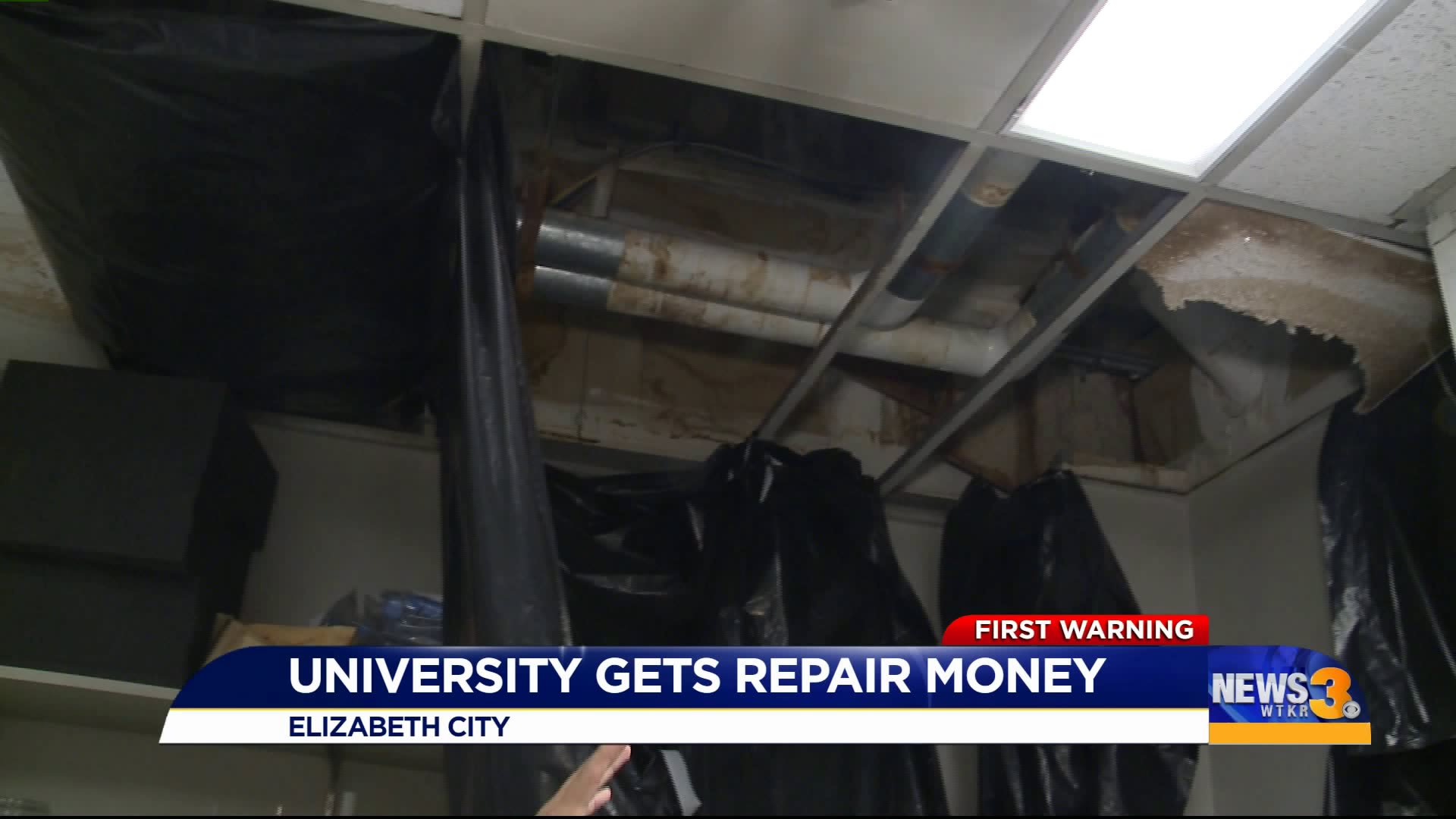 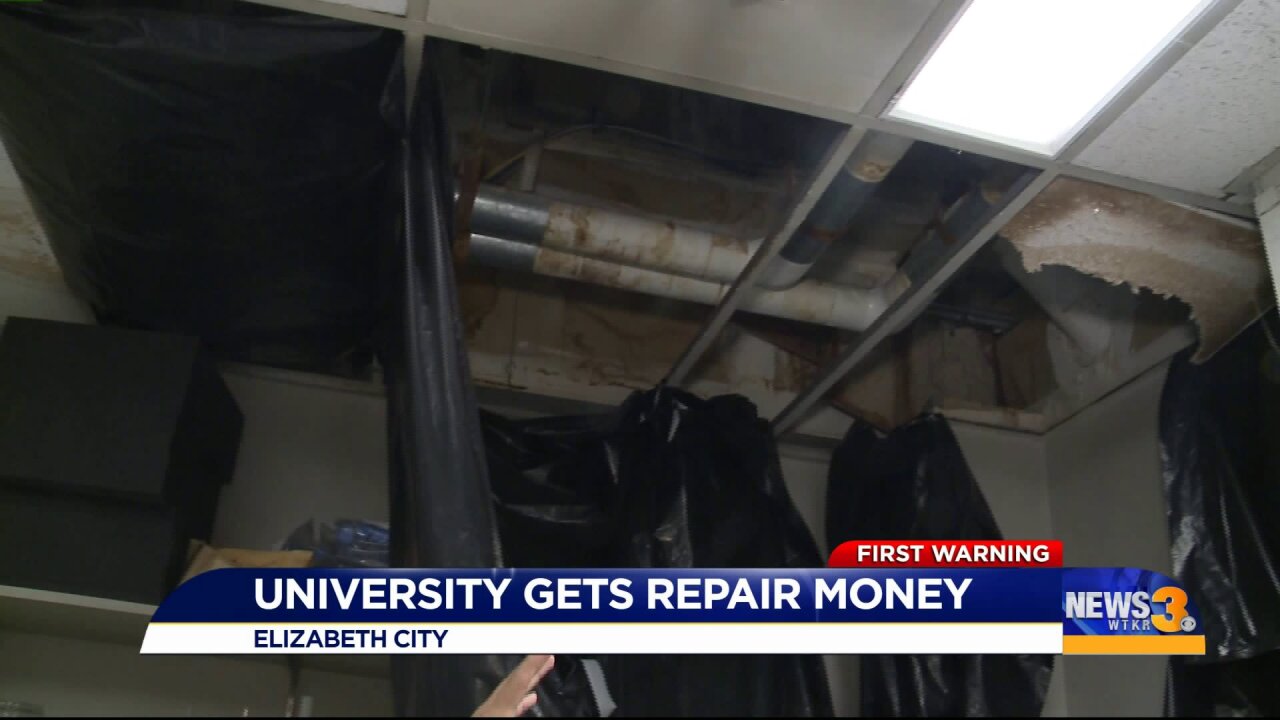 ELIZABETH CITY, N.C. -- Charles Woods, a third-year student at Elizabeth City State University, went home before Hurricane Dorian hit the area, but he remembers the damage he saw when he came back.

"Real windy, lot of water everywhere, trees and stuff were all over the ground - it was real crazy," Woods said. "It was a big scene here."

A total of 11 buildings were damaged on the campus, and most of it is interior damage. Those damages will be repaired thanks to the State of North Carolina: Gov. Roy Cooper signed off on $5.2 million earmarked to ESCU for the repairs.

"The state is really behind this university," Robert Kelly-Goss, the university's media relations director, said. "They understand the significance of Elizabeth City State University to not only the northeastern North Carolina region, but to the state as a whole."

University staff showed News 3 some of the damage. At the Jimmy R. Jenkins Science Building, there are missing ceiling tiles as well as some tiles damaged in one room.

Staff said rain fell through the ceiling tiles and resulted in one inch of water on the floor. Rain water collected still sits in a bin under the ceiling.

"In this particular hurricane, because of the rain, that seems to be what really impacted the university," Kelly-Goss said. "We have not had major impacts from a storm in the past."

The amount of money came from both internal and external assessments of the damage. The university will hire a designer and will ask for repair proposals.

"The priority here is to establish a sustainable foundation, and the infrastructure is obviously a very important component of that," Kelly-Goss said.

There's no timetable as to how long the repairs will take. Kelly-Goss said the priority is to establish a "sustainable foundation" and that the infrastructure is an important component.

As for Woods, he said this is good news for the school.

"I think it’s big for the school," Woods said. "The school is on the way up."