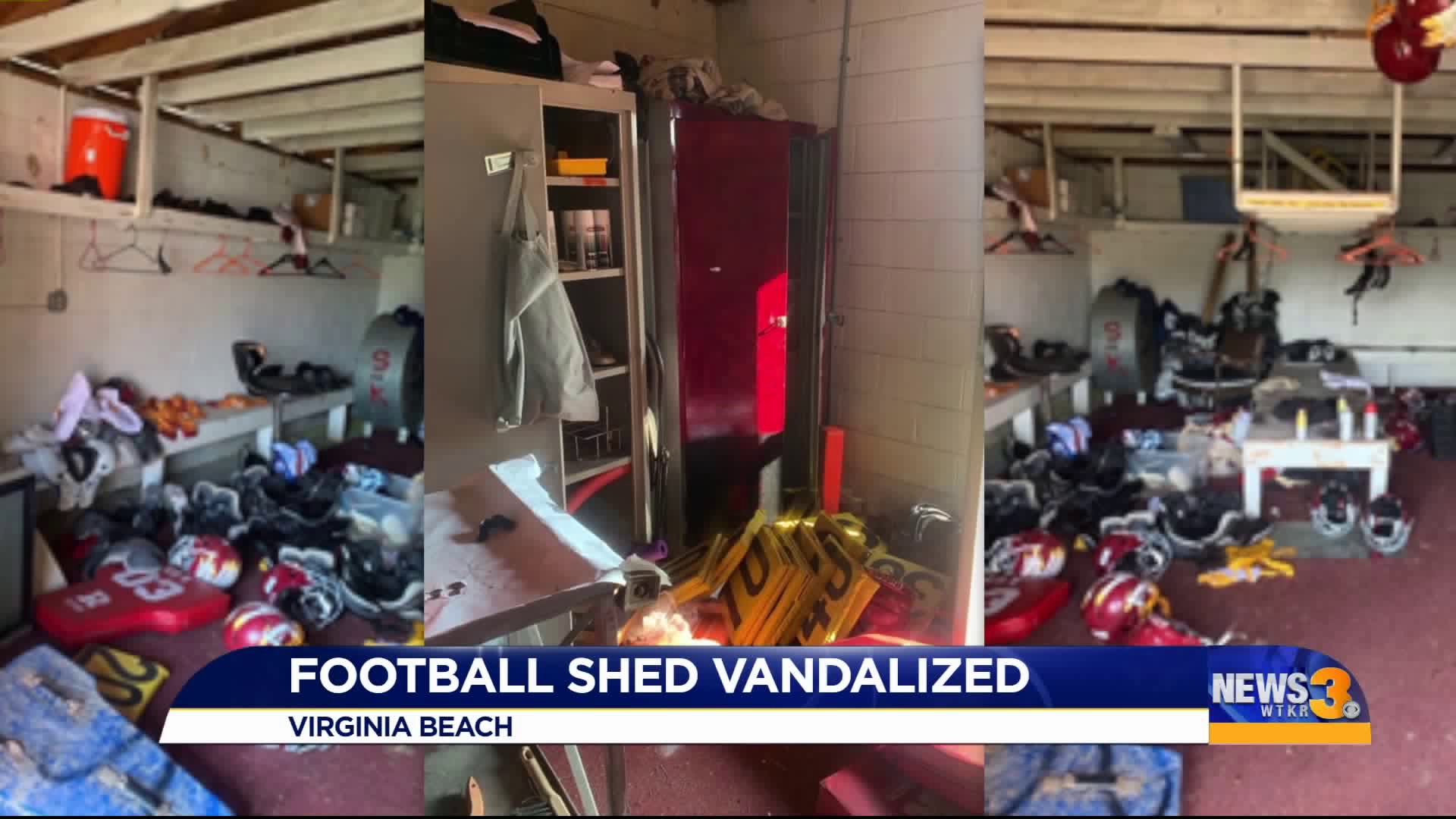 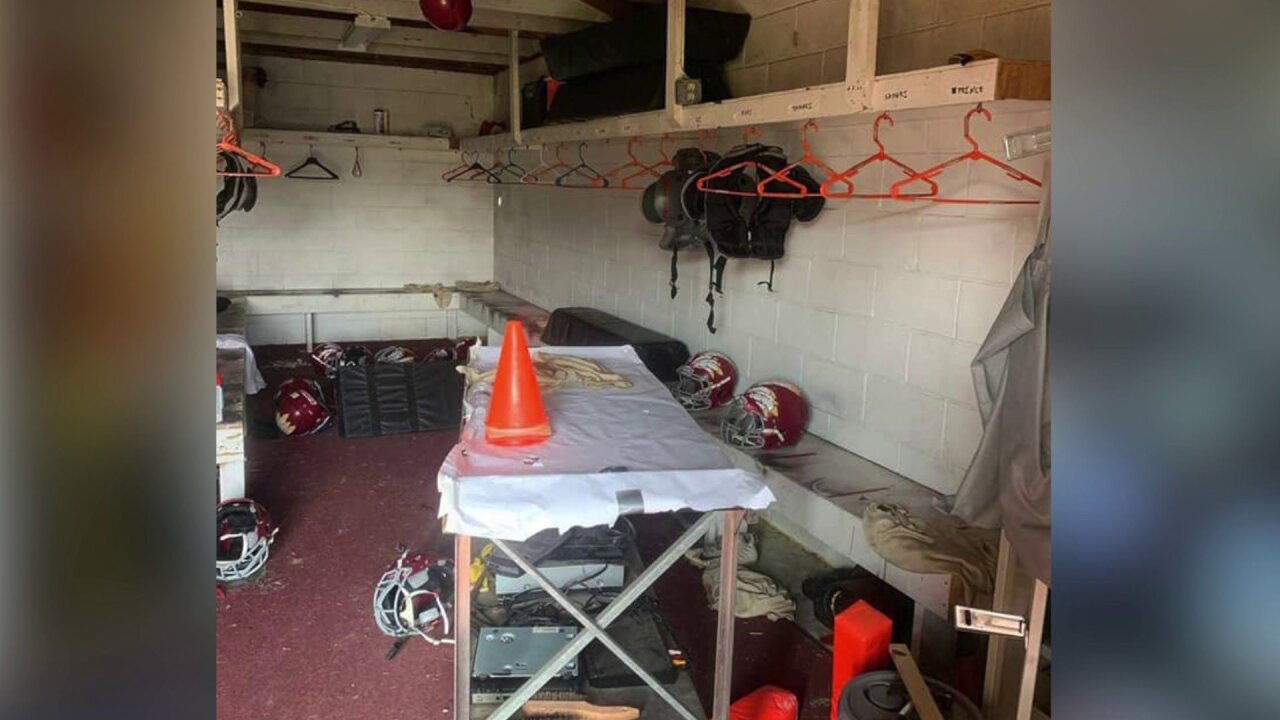 "They bring me joy, they lift me up, they keep me going, they push me to be better in life," Johnson said.

So, naturally, he was heartbroken when the team took an unexpected hit.

"There was spray paint on the cabinet, helmets everywhere, shoulder pads missing and more than nine jerseys were stolen," said Johnson.

As they went to practice on Tuesday night, Johnson found the team's locked shed at Seatack North Park raided and robbed.

"It was  a disgusting moment for us," Johnson said. "How could someone do this to kids? We're just trying to be here for our youth."

Virginia Beach Police were called and are investigating the incident as larceny.  Johnson says there were no signs of forced entry into the shed and no surveillance videos at the park, which makes it more of a mystery.

To add insult to injury, the team of 17 kids, ages 9 to 11, are trying to make it to the American Youth Football National Championship in two weeks.

"We have been fundraising every Saturday and Sunday in this cold weather to try to make it to Florida," said Johnson.

The Redskins needed about $10,000 to cover the cost of the trip. After hearing about the theft, the Charles Barker Champion for Kids Foundation and Dominion Energy committed to cover the team's costs of traveling and competing in Florida, according to Councilman Aaron Rouse.

If you want to help the Redskins, click here.