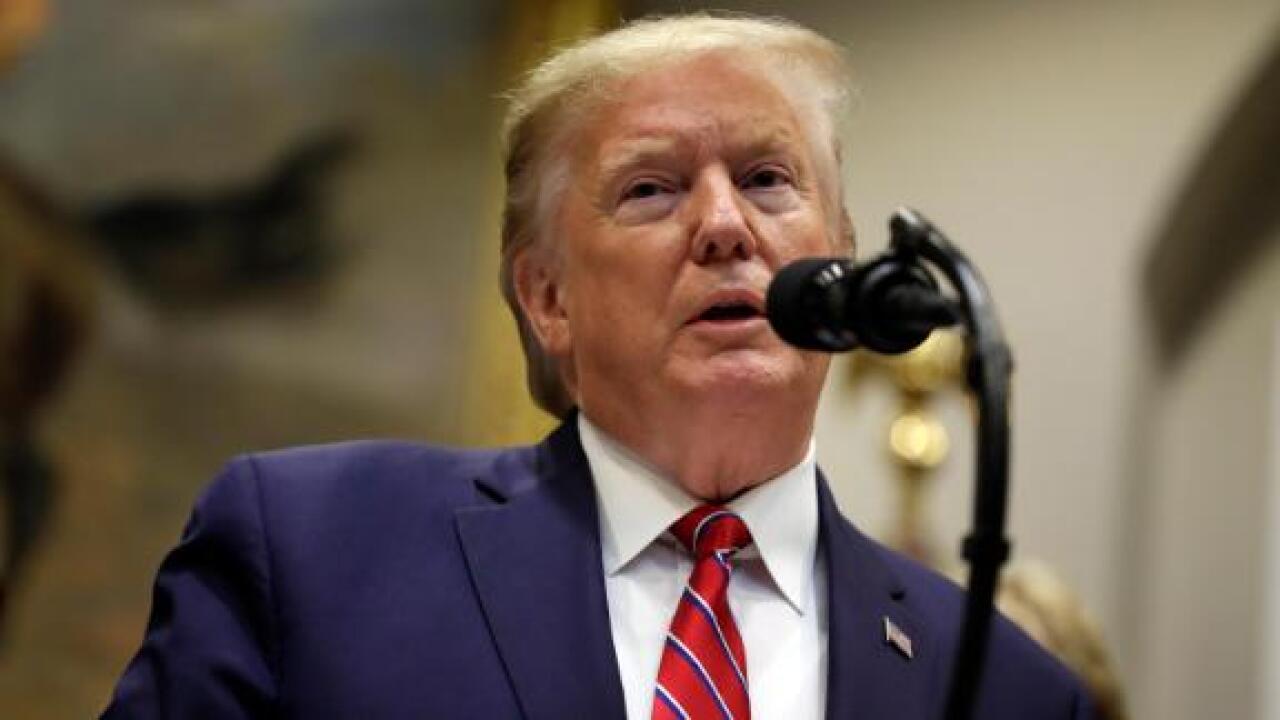 President Donald Trump has once again weighed in on potential disciplinary action against Navy SEAL Eddie Gallagher, appearing to override a Navy decision to initiate a review that could result in him being stripped of his status as a SEAL.

The Navy’s review could have led to Gallagher’s expulsion from the elite warfare community, according to officials directly familiar with the matter.

“The Navy will NOT be taking away Warfighter and Navy Seal Eddie Gallagher’s Trident Pin. This case was handled very badly from the beginning. Get back to business!” Trump tweeted Thursday morning.

The Trident Pin, which is worn by Navy SEALs, is awarded following their completion of an intense qualification course and symbolizes membership of the elite military community.

Asked about Trump’s tweet, a spokesperson for the US Navy referred all questions to the White House. Defense officials have previously told CNN that the Pentagon does not necessarily view tweets as orders and it is unclear if an official order has been received at this time.

President Donald Trump speaks during an event on healthcare prices in the Roosevelt Room of the White House, Friday, Nov. 15, 2019, in Washington. (AP Photo/ Evan Vucci)

Trump had already intervened in the case last week, reversing Gallagher’s demotion for posing for a photo with the dead body of an ISIS casualty in Iraq. US defense officials told CNN that Trump took that action against the advice of senior Pentagon leaders, saying the move along with the President’s decision to pardon two Army officers who had been convicted or charged with murder could undermine the military justice system.

About an hour prior to Trump’s tweet, Gallagher’s attorney, Timothy Parlatore, appeared on Fox News where he slammed the Navy’s leadership, particularly Rear Adm. Collin Green, the commander of Naval Special Warfare Command who had ordered the review board.

“This is an action they could have taken any time from July right after the verdict until today, instead the Admiral decided President Trump takes action on a Friday afternoon, Monday morning the Admiral comes in, brings everybody together and says I disagree with the President, we’re going to take his Trident,” Parlatore told the host of ‘Fox and Friends.’

After news of the Navy’s review of Gallagher’s SEAL status broke Tuesday, Parlatore told CNN that Trump’s decision to restore Gallagher’s rank meant that any additional punishments would go against the President’s intent.

“It’s incredible that they still can’t let this go,” Parlatore said, adding that the Navy’s leadership was choosing to “essentially ignore” Trump’s decision.

“Whatever you think about this President, that’s an extremely dangerous precedent to set,” he said, latter calling on Trump to dismiss Green due to “insubordination.”

Parlatore told CNN that Trump’s decision to restore Gallagher’s rank meant that any additional punishments — such as the review board — were going against the President’s intent.

He called Green’s actions “out of bounds,” saying that his ordering of the review “crossed a very dangerous line, having our uniformed flag officers being directly defiant of our Commander in Chief.”

Parlatore said that he hopes that Green is held accountable for his actions and had previously called on Trump to dismiss Green due to “insubordination.”

On Tuesday, the Chief of Naval Operations Adm. Mike Gilday made clear he supported Green. His spokesman, Cmdr. Nate Christensen, told CNN that Gilday “supports his commanders in executing their roles, to include Rear Adm. Green.”

Gallagher had faced a court-martial for premeditated murder and attempted murder but was acquitted. “Given his service to our Nation, a promotion back to the rank and pay grade of Chief Petty Officer is justified,” the White House said in a statement Friday.

Administrative reviews are typical after cases involving lack of confidence in a service member or if for some reason that service member might not be fit to serve.

Since 2011, more than 150 reviews have resulted in sailors losing their status as SEALS or special warfare personnel.

Three other SEALs who served with Gallagher were also notified of review boards.