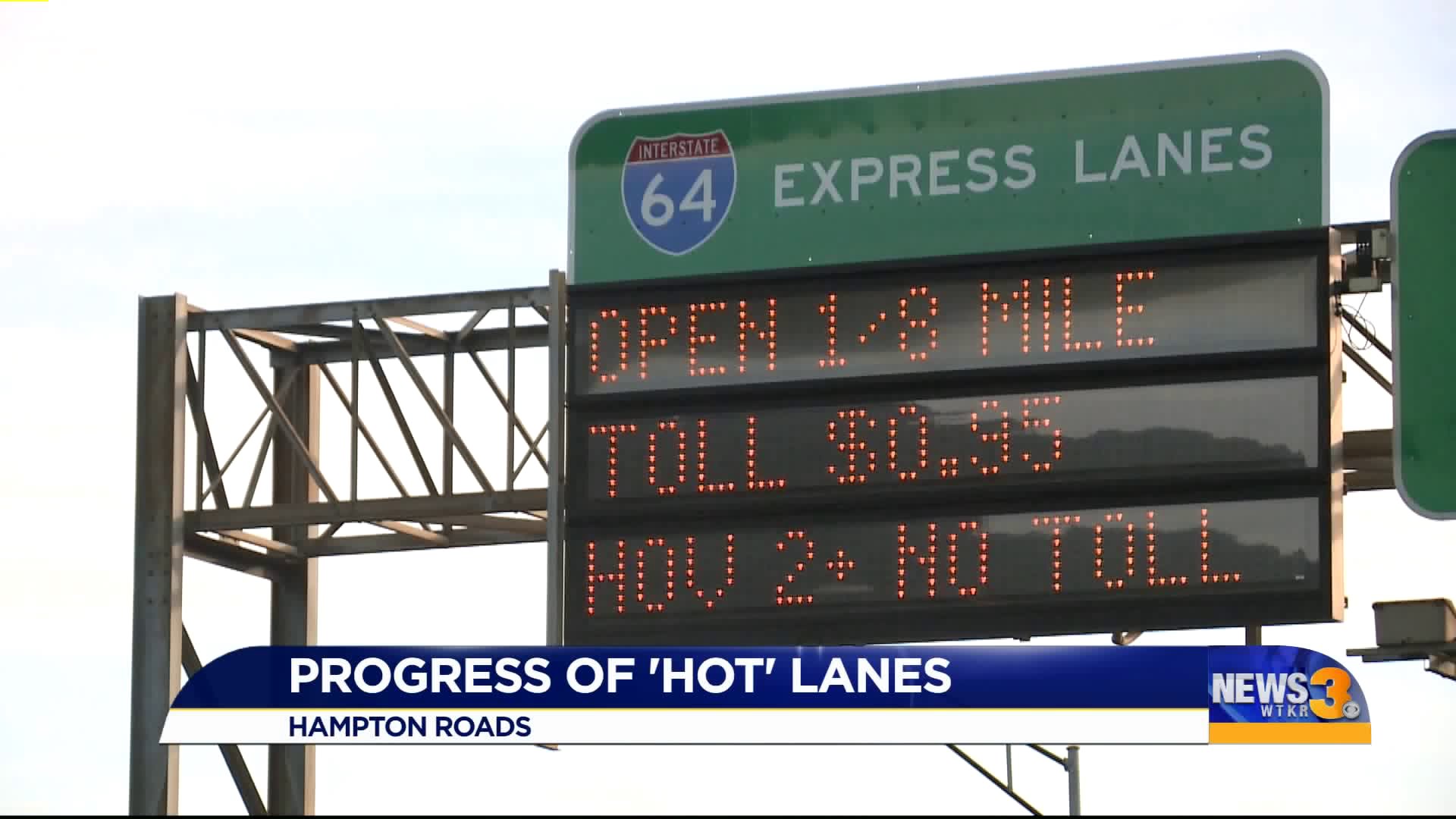 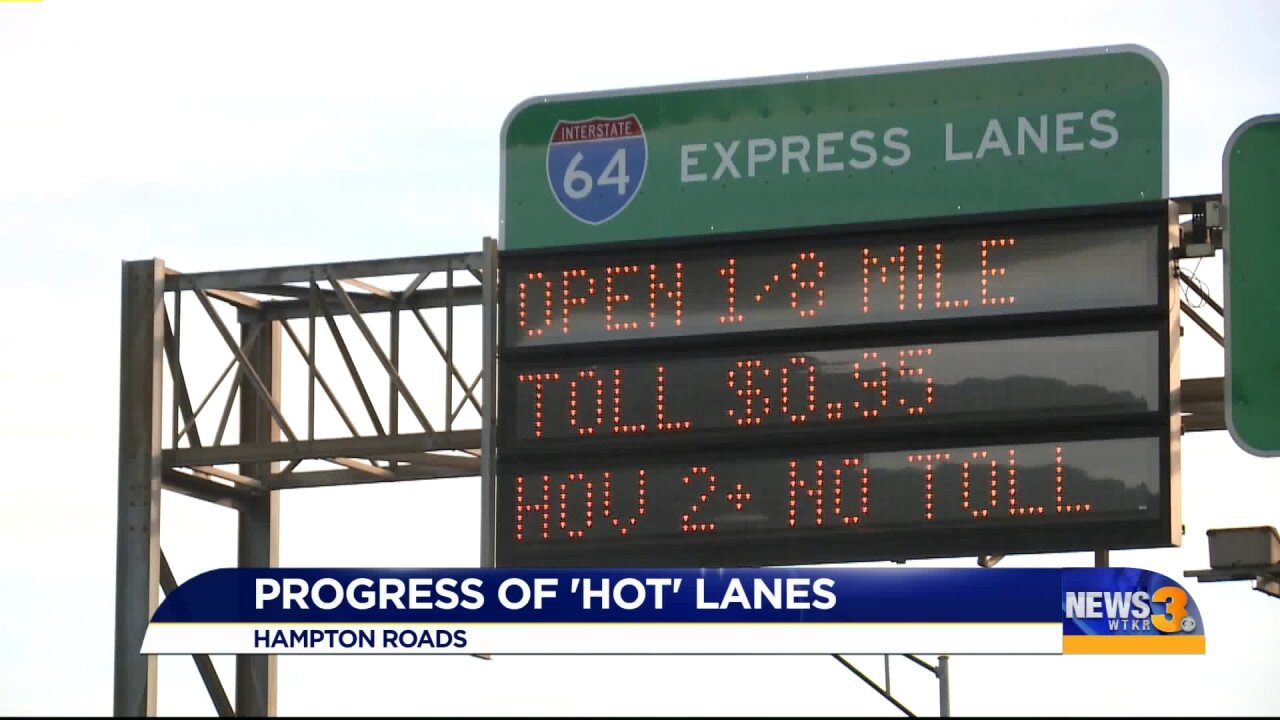 The HRTPO and its board members met for a meeting Thursday morning where they discussed the proposal. The board said that extending the HOT lanes would bring in more revenue to fund other road projects.

The High Rise Bridge and Hampton Roads Bridge Tunnel expansion are some examples the board mentioned.

"I think the benefits of of the HOT network is that through the system integration and creation of this network is that it will give a reliable travel trip throughout the entire region," Kevin Page, the executive director of the Hampton Roads Accountability Commission, said.

The HOT lanes allow drivers to bypass local traffic between the Interstate 564 interchange and Interstate 264. If this plan goes forward,the express lanes would start from Newport News and go to Chesapeake.

"They're trying to push you into a decision that once you hit a certain threshold of what it costs, you won't go into the toll facility, therefore it would create more space for the travel pattern to move faster."

The extra length would charge drivers based on the distance. Highways in Northern Virginia, such as Interstate 95, currently have such systems in place.

Page said roughly $345 million is projected to be generate from the extension.

Outgoing Delegate David Yancey, who is a board member on the HRTPO, had questions he would like answered.

Yancey said he wants to see the money stay in Hampton Roads.

The HRTPO is set to meet again on December 12. Page said that the commissioners will make a decision to move forward based on the information.