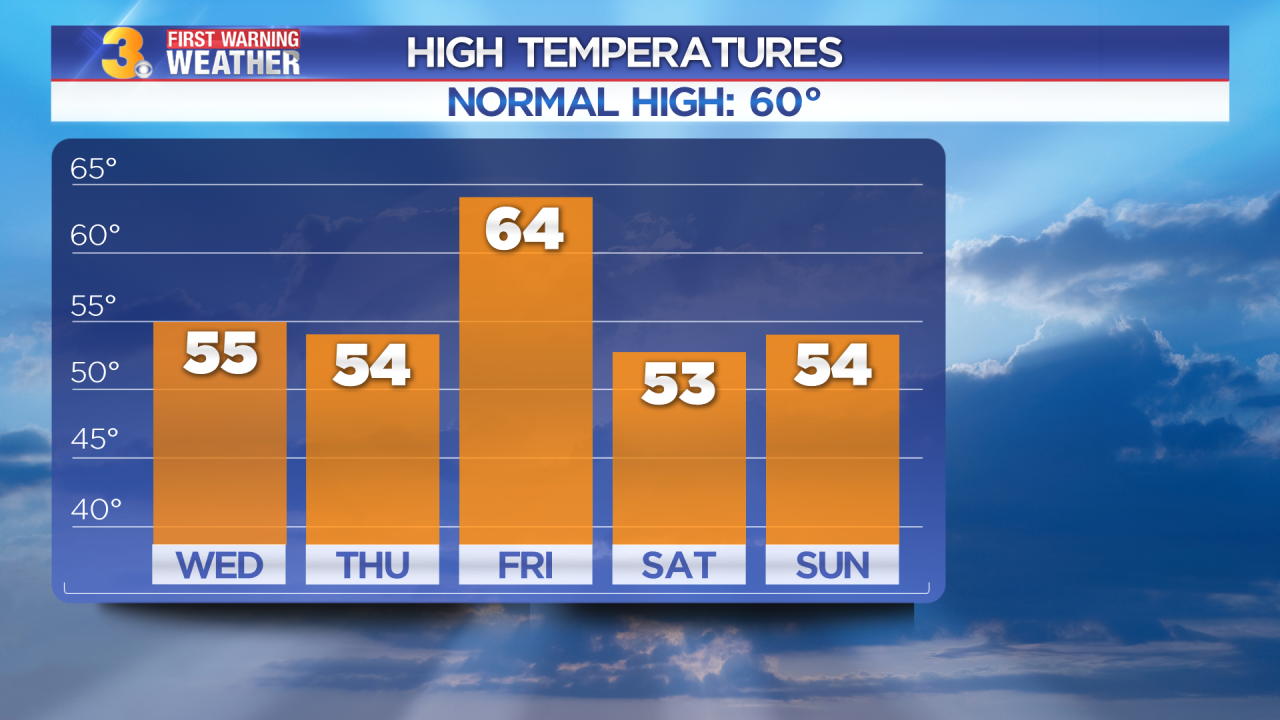 A return to sunshine and 60s ahead… We will see leftover clouds and areas of patchy fog this morning. Skies will clear out through the day with highs in the mid 50s. Winds will pick up today, NW 10-15 with gusts to 25 mph by this afternoon.

Highs will return to the mid 50s Thursday with light winds. Expect mostly sunny skies in the morning with partly cloudy skies for the afternoon. We will warm to the mid 60s on Friday, the warmest day of the week.

We are tracking rain for the weekend. Showers will move in Friday night with a cold front. An area of low pressure will bring in another round of rain Saturday to early Sunday. Highs will cool back to the mid 50s this weekend.

Tropical Storm Sebastien is centered about 235 miles NE of the Leeward Islands and moving NW at 8 mph. A turn to the NNW and north is expected later today. A turn toward the NE with an increase in forward speed is expected tonight and Thursday.

Maximum sustained winds have increased to near 50 mph with higher gusts. Some strengthening is forecast during the next 48 hours. Sebastien is expected to become an extratropical cyclone in a couple of days and be absorbed by a cold front on Friday.